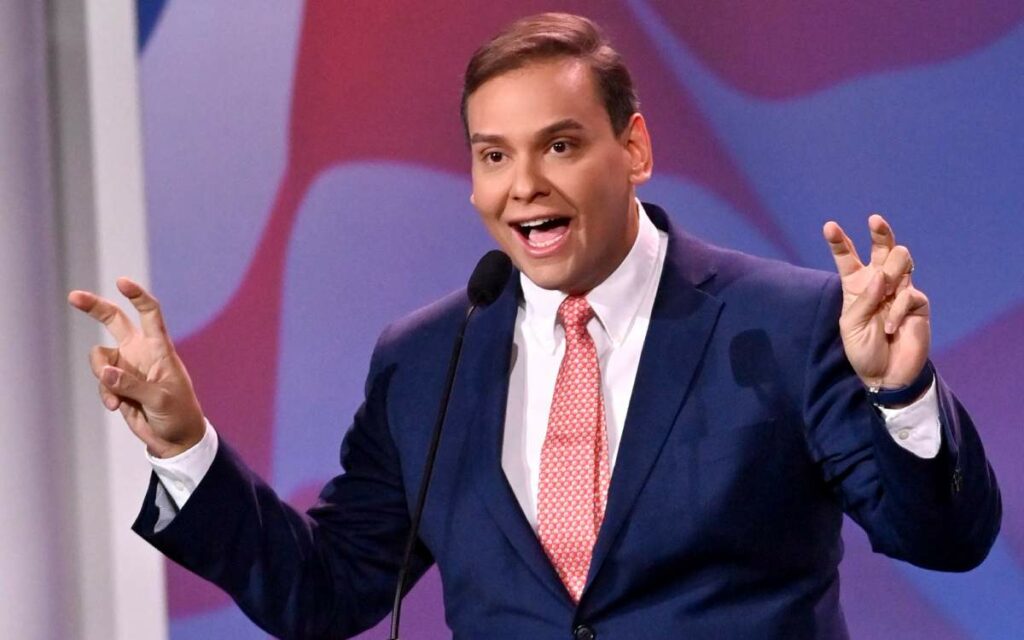 While Santos (pictured) sunk to new lows by fabricating everything from education to family matters in the lead up to this past November’s election, when looking for someone with whom to compare the representative from New York, no better example exists than the current President of the United States. Photo credit: The Washington Post/David Becker

The recent battle for Speaker of the House temporarily removed public scrutiny from one of the Republicans’ newest members of Congress, George Santos, whose victory in New York’s 33rd Congressional District (an area covering part of northern Nassau County on Long Island and northeast Queens) last November helped put the GOP over the top in their struggle to control the 118th Congress .With the settling of the Speaker issue, Mr. Santos’ sins go front and centre. As tends to be the case, lies get uncovered and the truth wills out.

For Mr. Santos, it became apparent he had told some whoppers about himself in order to get elected. The press covering Washington, in particular the New York Times and Washington Post, became apoplectic about this blatant misrepresentation of the facts. How could a politician stoop so low? Indeed, how could the Republican Party allow this?

The fact that Santos’ victory helped assure a GOP majority no doubt added insult to injury. Santos quickly confessed to having lied about university degrees, a real estate portfolio, and even religious and family history matters. Without question, Santos’ dissembling needs further investigation. A member of Congress, attaining office through lies represents no greater virtue than one who lies while holding the office. If the best predictor of future behaviour is past behaviour, then Santos faces a hard time building trust. Many in the Beltway media seemed disoriented about Santos’ lies, his willingness to discredit a public office with omissions about his record, fabrications regarding his accomplishments, and even personal deceit.

Great merit rests in holding our politicians to high standards and expecting them to provide basic truths seems banal, but Santos sunk to new lows. Unfortunately, when looking for someone with whom to compare Mr. Santos, no better example exists than the President of the United States, Joseph R. Biden. While many in the legacy media report Santos’ infractions with great outrage, President Biden’s improbity finds little voice anymore. Perhaps his lengthy presence in electoral politics or his predecessor’s own lack of familiarity with the truth explains some of the disinterest, but Biden’s whoppers constitute their own category of outrage.

The President’s earliest tales relate to his father. At this point, most in the Washington Press Corps know that a yarn is about to be told when Mr. Biden starts with a remembrance of his dad saying, “Joey, do you see that…” In one instance, Biden tried to convince his audience that two men showing demonstrable affection on a public street in his boyhood home of Scranton, Pennsylvania provided his dad with an opportunity to impress upon his youngster that love comes in many forms. One thing about America in the 1950s can be confirmed: small to medium sized towns were not woke, and Catholic households were not generally known as breeding grounds for progressive ideas about sexuality. But that provides just a glimpse into Biden’s ability to create an interesting narrative.

When referring to his own academic record he took great pride in telling an audience during his initial presidential campaign in 1988 that he had graduated at the top half of his law class. In fact, upon close examination, Biden weaved a web of fibs which forced him into more lies. When an audience member challenged his narrative, the AP reported that Biden bristled, ″I won the international moot-court competition. …I was the outstanding student in the political science department (as an undergraduate). …I graduated with three degrees from undergraduate school … And I’d be delighted to sit back and compare my IQ to yours if you’d like, Frank,” Biden told the questioner.

The facts do not reflect Biden’s recollection. As Newsweek magazine later reported, Senator Biden did not mention the moot competition in his resume, nor did he win a political science award, and he graduated with a single B.A. in political science and history. In addition, Mr. Biden has misrepresented the facts about the accident that killed his wife and young daughter in 1972, repeatedly insisting the driver was drunk. A matter that is simply not true. In recent years he has added to this litany of untruths, claiming his son Beau died in Iraq, that he (the president) grew up in a Puerto Rican community, had been arrested in South Africa, and he gave a purple heart to his Uncle Frank while serving as Vice-President, even though his Uncle Frank died in 1999 and Biden became VP in 2009.

As President, Biden shamelessly makes statements which betray reality, but worse, it sets a tenor for his administration. Those who speak on his behalf, either taking Biden’s lead, or preferring to remain misinformed, repeat his deceptions to a supine press which sympathizes ideologically with Biden and justify his dishonesty because his lies are better than Republican lies. The President has lied about visiting the border during his administration, only getting there this month (January 2023). He said he would not cancel loan debts to students, citing constitutional limits regarding the forgiving of debts. When his left flank pushed, however, he caved, ignored his initial legal concerns, and fabricated a crisis to help out some young liberals, many of whom can afford to pay the loans back.

Meanwhile, millions of working-class folks are left with a bill that these students contracted to pay back. The immigration crisis provides another example of Biden’s careless and loose use of the truth. He insists the border is closed and his administration refuses to call it a crisis. In fact, Biden doubled down on this idea last month when he decided to end Title 42, a COVID era piece of legislation that allowed border officials to refuse entry to the country based on health concerns. This left the administration in the awkward position of arguing for extending the COVID emergency for the purpose of canceling student debts, but on the other hand, endorsing the end of the COVID regime with a more relaxed border mechanism.

The unrestrained approach to altering facts does not inhabit the Trump sphere alone, regardless of how many times the Washington press repeats it or how many misinformed, gullible, or acquiescent apologists embrace it. The Art of the Deal may have been Trump’s moniker for ill or good, but the Biden honourific appears to be the The Art of the Lie. The mendacity provides a wonderful metaphor for the Biden Presidency and the Biden legacy. So many mistruths are told, so many fallacies propagated, so many distortions presented that eventually it becomes tiresome to try to even figure out what they know is a lie and what they feel justifies their actions. Policy in the Trump era always came with the caveat of bluster and truth.

Undoubtedly, George Santos may be a relic of that era, willing to reframe his experiences to better fit his desired outcome, nonetheless telling lies to win an office. The press becoming puffed up and indignant about it recalls the efforts of those caught in the Twitter Files network who have constructed arcs of deception designed to change, if not control citizen behaviour, deliberately misinform to by-pass traditional practices, or use institutional trust to undermine independence. The Left’s comfort with collectivist conduct allows them to quash questions, bury facts, and subvert convention if it promotes their ideology.

The press remains obdurate. On PBS’s NewsHour as recently as January 13, Jonathan Capehart (columnist for the Washington Post), one of the two panelists on Friday evenings who breaks down the week’s political news, displayed unwavering loyalty to Mr. Biden amidst his most recent problems, that of having housed classified documents, the same transgression for which Mr. Trump, say the liberal elite, must be indicted. But Mr. Capehart, like so many in the fourth estate, jumped to Biden’s defence like a wounded mother protecting its young. In the opening question from the moderator, Capehart went to great lengths to distinguish the difference between the Biden case and the Trump offense. Capehart summarized, “We are talking about 20 documents, classified documents from when Joe Biden was Vice-President of the USA. This is apples and basketballs.”

“Those two objects are spherical in nature and that is all they have in common.” The columnist went on to argue that the case deserved nuance, it happens a lot more than people realize, and that plenty of National Security experts and lawyers can confirm the regular misplacement of classified material. He also suggested that the Biden team acted transparently when the matter became known, while Trump defied the National Archives requests leading to the FBI search (raid?). It’s as if everyone is to take comfort from the fact that Joe Biden, having been caught for the same indiscretion, after blasting his predecessor on national TV for taking the classified material, somehow deserves commendation for admitting the obvious. Capehart leaves out the part about this coming to light a week before the mid-term elections in November and draws no parallel between the crux of the matter, the heist of classified material, and the revealing of the imprudence.

If one believes that Donald Trump should be indicted for stealing classified documents, the same standard should be applied to Mr. Biden. Liberals and the left spout off about equity in the context of outcome and opportunity. How about some equity when applying justice between two very privileged men who have both held the highest office in the land? Maybe that is too much to ask from a cultural elite bent on applying the old maxim that every man loves justice at another man’s expense.