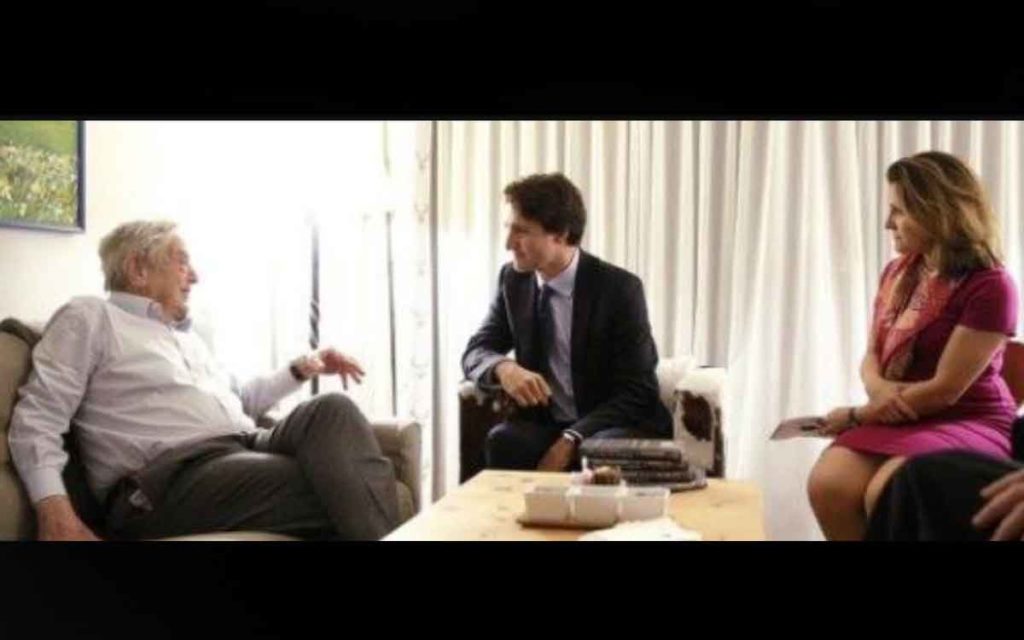 The United Nations (U.N.) representative of the Republic of Equatorial Guinea made news headlines last August when he critically assessed the actions of George Soros and his Open Society Institute. Anatolio Ndong Mba was furious at a Soros-sponsored Amnesty International report to the U.N., “It’s known that George Soros is a billionaire, financial speculator, and a criminal with obvious geostrategic and imperialist interests who has been dedicating his life to support imperialist movements…” Mba cited a list of Soros’ “destructive interventions” in different countries as being “endless” and he concluded his rant stating, “The children of this Nation cannot be moved as pieces on the global chess board where the criminal George Soros is playing.”

Mba is not the first (nor will he be the last) to liken Soros to a chess player moving pieces across the globe in some end-game pursuit. It’s an apropos analogy. Soros has repeatedly claimed he is playing towards a globalist vision of a One World Government. Spending billions through the years, Soros has acquired many pieces and placed them in positions around the world. Indeed, Canada has a store of Soros chess pieces in the Nation’s Capital. Let’s examine the game board.

Central to advancing the Soros agenda in our country is the US$1.3 million knight-errant Gerald Butts. Canadians have come to know Butts as the most powerful man in Ottawa, the BFF of Prime Minister Justin Trudeau. However, before he reunited with his university pal to embark on an election campaign that would end with capturing the Prime Minister’s Office, Butts was the head of the World Wildlife Fund Canada. Public records show that from 2008 to 2012 Butts was Chairman of WWF Canada, one of those international agencies born from Maurice Strong’s U.N. construct and financially supported through the years by Soros’ coffers. There he proved an effective unapologetic globalist mouthpiece, furthering Soros’ agenda on international stages, and in closed-door meetings of the World Economic Forum and Bilderberg Group. Then in late 2012 Butts received a most generous US$361,642 severance package from WWF to support him through a “volunteer position” on Trudeau’s campaign team.

(Full credit is deserving to Canadian investigative journalist Vivian Krause, who has doggedly “followed the money” to uncover the behind-the-scenes activities of a host of globalists bent on impacting resource development and political interests in Canada.)

As it happened, the knight-errant was also a Trojan horse that opened the gates of Ottawa to many of Soros’ minions. The Financial Post reports: “Butts would use his new powerful position to bring other former campaigners with him: Marlo Raynolds‏, chief of staff to Environment Minister Catherine McKenna, is past executive director of the Tides-backed Pembina Institute. Zoë Caron, chief of staff to Natural Resource Minister Amarjeet Sohi, is also a former WWF Canada official. Sarah Goodman, on the prime minister’s staff, is a former vice-president of Tides Canada.”  In a recent Hill Times column we learn, “Goodman has just been promoted to Director of Policy in the PMO.” Butts also brought a pack of colleagues with him from his stay in Ontario Premier Dalton McGuinty’s office:  Katie Telford (now the PM’s Chief of Staff), Zita Astravas, Matthew Mendelsohn, John Zerucelli, Ben Chin, Brian Clow, John Broadhead, Mary Ng (now a cabinet minister responsible for Liberal politics in Toronto) to name a few. Butts’ maneuvering has solidified a globalist braintrust at the epicenter of the Trudeau Government.

Another of Soros’ pieces adorning a key square on the Ottawa chessboard is Deputy Prime Minister (a.k.a. Minister of Everything) Chrystia Freeland. There is a personal friendship between George Soros and Freeland that goes back over a decade when she was a journalist covering European politics and chasing after the uber rich. In a 2011 article entitled “Rise of the New Global Elite,” Freeland describes Soros as a “good, technocratic friendly plutocrat.” In another article in 2012, she gushes over him, “Soros is a more narrowly focused hedgehog. He has been pondering, articulating, elaborating, and publicizing variations on one big idea for more than half a century.” George Soros enjoyed Freeland’s adorations and their friendship flourished – so much so that when Freeland was unemployed in the mid 2010’s, he asked his friend to write his biography. Soros commissioned Freeland to be his scribe, before she moved back to Canada to run for Parliament in the 2015.

Since the 2015 election, there has been an interesting interplay between chess master Soros and his queen. He was very pleased to see her electoral success and commented that with her he has “very great hopes for Canada.” In the initial Trudeau Cabinet, Freeland was given the Minister of Foreign Affairs position to help chart a new course for Canadian diplomacy. In that role, Freeland carried forward a globalist viewpoint that (not surprisingly) aligns with Soros’s world view. Every few months photos will surface of the two of them – some formal, some informal. Canadians will recall that shot of Soros giving an audience to the PM and her when Justin Trudeau first appeared at the U.N. assembly to announce “Canada’s back.” More recently, Canadian news showcased Freeland in her position as Deputy PM conversing with Soros about his thoughts of a new world order and working with China to accomplish that. Nobody can question the depth of their friendship with the comfortableness displayed in this exchange.

The year 2015 was pivotal for George Soros’ fortunes in Canada. It was the year that he crowned a king. There is no need to belabour the significance of this coup. (In Part 4 of this series, we will review how the Trudeau Government has been enacting policies that are changing the character of Canada in order to transform our Nation to a post-national state.) Justin Trudeau has been true to George Soros’ script. In May of this year at the Coronavirus Global Response conference he called for “more globalism” and that Canada is poised to take care of the world. Trudeau said, “I think it’s extremely important, the way the world has come together and understanding that a global crisis requires a global response.” The PM applauded the efforts of the World Health Organization and the U.N. – and one can imagine Maurice Strong himself would have given a standing ovation for this performance.

There are other noteworthy Canadian pieces in Soros’ game. In nurturing the faith of global finances and environmentalism, there is the bishop Mark Carney who recently moved diagonally back to Canadian soil. Carney last joined forces with Soros in their fight to turn back the populism of Brexit.  The then Governor of the Bank of England emerged during the Brexit process as the unofficial leader of the campaign “Project Fear,” a movement that Soros invested $500,000 pounds in. Now Carney has accepted a U.N. appointment as a special envoy for climate action and finance – a volunteer position while he waits for his next opportunity.

In the rook’s position – a cornerpiece for Ottawa’s backroom Liberals – is an organization called Canada 2020.  Maclean’s magazine called them “the progressive think tank that really runs Canada.” This column does not allow enough space to reveal Canada 2020’s ties to the Obama Democrats and the pools of Soros’ Open Society Foundation money the Trudeau’s political operatives have had access to over the years. (Read Maclean’s October 2017 feature to begin to understand how incestuous Soros-sponsored Liberal Party of Canada politics can be.)

There is MP Catherine McKenna, named Minister of Environment and Climate Change in 2015, who was swept into Parliament by a third-party campaign that turned the Ottawa-Centre riding red… there is the current Minister of Canadian Heritage Steven Guilbeault whose Montreal environmental organization was given well over $100,000 from the Tides Foundation… Then there are countless pawns dutifully marching forward in well-healed environmental and political groups to shout down and trample local interests for some greater cause…  Too many pieces, too many moves to fully comprehend what is happening. It’s the game according to chess aficionado George Soros.