Getting the Trans Mountain expansion back on track 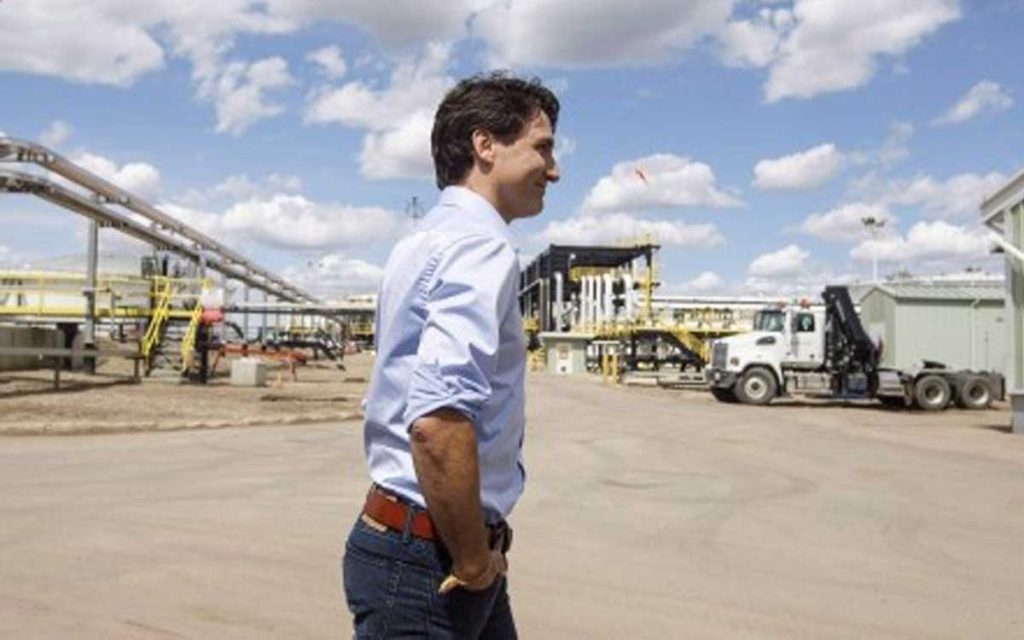 For Prime Minister Justin Trudeau, the Federal Court of Appeal’s recent decision to overturn approval of the Trans Mountain pipeline expansion was a political thunderbolt that instantly derailed progress on one of his government’s most critical files. Luckily for the purveyor of sunny ways, the storm clouds came with a silver lining: a careful reading of the decision also offers some guidance on how his government can get Trans Mountain back on track.

There has been no shortage of twists and turns on the pipeline front for Trudeau. Having directly or indirectly killed off alternative pipeline proposals and under immense pressure to get one built, he proceeded to buy a way out of the problem, and in so doing shifted the project’s risks from Kinder Morgan shareholders onto the backs of Canadian taxpayers.

Mere hours after the release of the court decision on August 30, Alberta Premier Rachel Notley delivered a bombshell: Alberta was pulling out of the federal climate change plan (while, curiously, leaving its existing carbon tax in place), and she demanded that, among other things, the federal government immediately seek to appeal to the Supreme Court.

It’s hard to blame Notley, who will be fighting for her political life next spring, for taking a throw-everything-and-see-what-sticks approach. But the reality is that a Supreme Court appeal not only will take a long time — a year would be highly optimistic — but faces uncertain odds of success.

It’s noteworthy that the court ultimately rejected every attack made on the approval process save two. But on those two issues, it essentially concluded that both the Governor in Council (for practical purposes, the Prime Minister and his cabinet) and the National Energy Board (NEB) just didn’t do their jobs properly.

The good news for the Trudeau government, which has spent considerable political capital and billions of taxpayer dollars on this lemon of a project, is that the court has provided some pretty useful guidance on how it can now make some lemonade.

The appeal court identified two critical flaws in the approval process: the NEB’s failure to consider the environmental impact of increased project-related shipping, and the government’s insufficiently robust consultation with Indigenous stakeholders.

On the first point, the concern of the court is quite narrow. The NEB actually did consider the impact of project-related shipping; but it did so in compliance with only one piece of legislation (the National Energy Board Act) and not with another law (the Canadian Environmental Assessment Act, 2012). The NEB concluded, among other things, that the increased level of shipping would result in “significant, adverse effects” upon the killer whale population.

But the NEB’s decision to exclude project-related shipping from the scope of the official definition of “project” as set out in section 2(1) of the Canadian Environmental Assessment Act meant it avoided triggering obligations under a third piece of legislation: section 79 of the Species at Risk Act. If the NEB had taken the Species at Risk Act into account, it would have been required to ensure that cabinet was aware of its obligations to avoid or lessen the negative effects on killer whales. In effect, the court found that even though the NEB had properly identified the risk to whales, because it had failed to follow the Species at Risk Act, its report was flawed and cabinet couldn’t rely on it to make a valid decision.

The remedy, the court said, is to have cabinet send the report back to the NEB and ask it to include project-related shipping in a revised assessment of the project’s environmental impact. This wouldn’t require a complete do-over, and the court observes that cabinet “may specify a time limit” for the NEB to reconsider. So far, so good.

The second issue identified by the court, insufficient consultation with Indigenous groups, is trickier. The court found that the government’s duty to consult was not fulfilled by what it had done so far (which the court described as simply taking “meeting notes”) but also that the process it now requires “does not give Indigenous groups a veto” over the project. Where, then, is the middle ground to be found?

Once again, the court provides guidance, stating that the Phase III consultation — direct dialogue between the government and Indigenous groups about the latter’s concerns — must be redone, and that only after this is completed and “any accommodation made” can cabinet then reconsider the project. These statement suggests that the court expects evidence of accommodation of Indigenous concerns to be made before cabinet makes a final decision — a distinct departure from the previous process of officials simply reporting and recommending to cabinet.

Encouragingly, the court is clear that remedying the flaws doesn’t have to be a lengthy process, going so far as to say that Canada can make the corrected process “brief and efficient, while ensuring it is meaningful.” How brief? The original Phase III consultation for Trans Mountain in 2016 was 10 months long, and, with much of the information and dialogue exchanged in that process still germane today, discussions on potential accommodations could theoretically begin from a more advanced position.

Additionally, the same appeal court’s 2016 Gitxaala decision, which overturned approval of the Northern Gateway project on similar grounds, provides some guidance on a timeline; in that case, extending consultations by “in the neighbourhood of four months” might suffice. This suggests that the court is contemplating a revised process that is measured in months rather than years.

This is good news for Trudeau, who is facing an election in just over a year. In spite of the lengths (and taxpayer expense) his government has gone to in order to keep the Trans Mountain expansion project alive, many Canadians still harbour doubts about how serious it is about getting Trans Mountain built. Armed with direction from the Federal Court of Appeal itself, the Trudeau government can prove its skeptics wrong by moving swiftly to repair the identified defects in the project approval process and get shovels back in the ground.