Give me the next ten words… 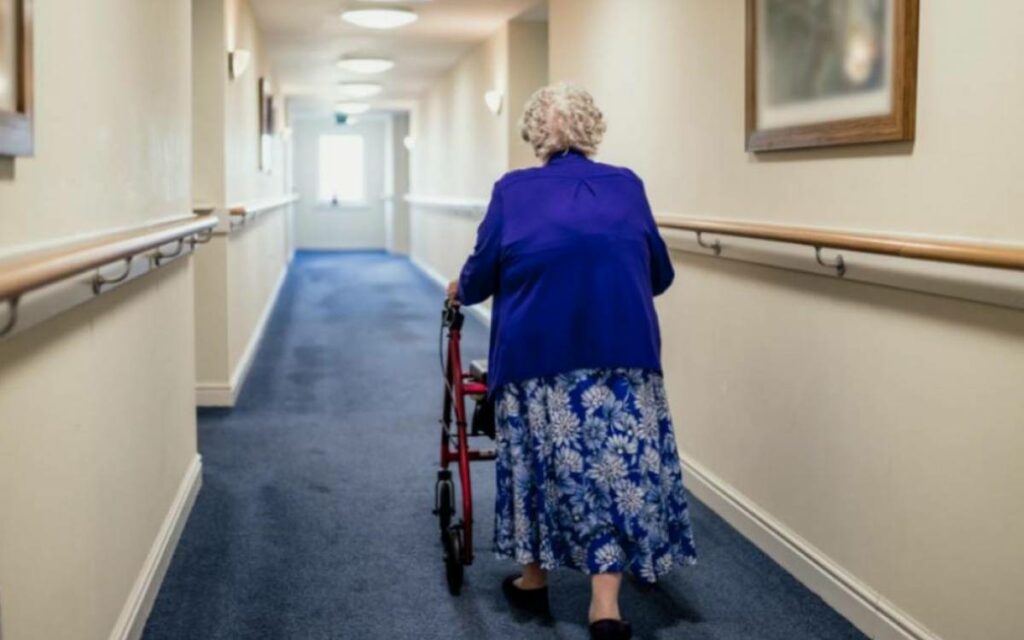 During the 2018 provincial election, one of the strongest voices for Ontario’s long-term care homes was provincial New Democrat leader Andrea Horwath.

It’s true; the NDP platform had several recommendations to improve – in their mind at least – the province’s failing long-term care system. The focus was, and still is, to make them all public.

The long-term care system in Ontario had been left to falter under 15 years of Liberal mismanagement. Even massively increased taxes weren’t enough to properly support seniors.

At least one of those year’s budgets, the 2013 fiscal plan, was passed only with Ms. Horwath and the NDP’s help – current federal leader then provincial newbie Jagmeet Singh included.

Now Ms. Horwath should have known she was voting for empty promises and pipe dreams, but she didn’t and the minority government of Kathleen Wynne was allowed to tax and spend for another year. Sound familiar to what’s going on in Ottawa?

Of course the following year the Ontario Progressive Conservatives ran one of the worst campaigns in modern history with Post Turtles at every, well post, allowing the Wynne Liberals to ride to a majority.

This meant the Liberal plan of seniors aging in place continued, meaning new long-term care homes and needed renovations to the existing ones could be modified. In fact the 6,000 new beds promised by Ms. Wynne were never delivered and were promised once again by present Premier Doug Ford.

So you have a Liberal Government supported by the NDP and its leader Ms. Horwath that did next to nothing and then a PC Government that was too slow to deal with the mess it was left with after 15 years of mismanagement.

That is the long-term care system we have in Ontario. This is a system supported by seven per cent of the provincial health budget where much of the external costs are borne by the residents, their families and private care home companies.

Even with all of this, there are still roughly 35,000 Ontario seniors on the waitlist for long-term care and the scathing report on the sector which we all saw splash across our tvs last spring.

So what is the answer?

Well if you listen to the NDP the answer is simply to make the entire system public. The stats show private homes are worse than public ones, so the issue must be with greedy capitalists and its time for socialism to come to the rescue.

But wait; there are 626 long-term care homes in Ontario. Of these homes 58 per cent are privately owned, 24 per cent are non-profit or charitable (many run by churches) and 16 per cent are municipal.

So the first question for Ms. Horwath is what homes does she intend to make public?

I for one am a practicing Catholic. If and when I get to the age where I need long-term care I would prefer it be in a Catholic run long-term care home.

Now we know that communism says religion is the opiate of the masses and socialism is on the same ultra-left path. Does this mean part of making all long-term care public will mean removing God from where I choose to spend my last days on earth?

That is not far fetched at all.

Next on the list are municipal run homes. Do they get a pass? Will the province big-foot the mayors and councils who run these homes and take them over in a grand sweeping plan for Ms. Horwath to rule rather than lead?

And then we have the for-profit homes. Yes there are a lot of them and yes they have had problems, but if the health budget is $63.5 billion and long-term care is seven per cent of that, we are talking $4.5 billion – $4.28 billion according to the Ontario Long Term Care Association.

Also according to the OLTCA, “Long-term care is part of the province’s health care system and publicly funded on a cost-shared basis with residents. The government does not pay the full cost of long-term care and expects residents to pay a portion of their “room and board” to the long-term care home.”

Now it is true that part of those payments and  a portion of the government’s contribution, are used to make a return on investment for private suppliers. These private suppliers make up a total of 363 homes; these are places they invested in – i.e. bought/mortgaged – and the fees are paid so they can re-pay the banks and investors.

So if you want to privatize them that is fine, but that means the province buying back 363 long-term care homes. This means the province does all the upgrades, this means every employee is a public sector union employee that can never be fired no matter how terrible they are and this means residents will no longer have to pay for these homes.

Oh wait, name me one public service that we don’t have to pay a fee for? You can’t – not health, not schools, not roads, not transit, not even booze. All of these services are supported by provincial taxes and then you have to pay additional fees for them.

So they are not really public then are they? They are simply run by the government and residents will still have to pay their share – i.e. no real savings and in fact the costs will likely go up.

So basically making all the long-term care homes public will cut out the churches, big foot municipalities and cost staggering amounts of money and for what?

COVID made it into public homes and killed residents. Residents in pubic long-term care homes have also been mistreated so I need to know what the benefit is? Slightly better isn’t good enough to turn an entire system upside down.

So Ms. Horwath needs to pump the brakes. I’ll give her credit for the idea of a Senior’s Advocate, but really this should be an office under the Ombudsman not another stand alone cost to further cut into health care.

There was a scene in the hit show The West Wing, President Josiah Bartlett was debating his opponent who liked to talk in catch phrases and clichés.

Bartlett schooled him on the dangers of 10 word or simple answers or so-called solutions to serious problems asking, “What are the next ten words of your answer?”

Basically, using a tired phrase or cliché wasn’t enough. Give me your plan and make sure the results are an improvement.

I guess the NDP will need to be in government to figure it out, God willing we will never have to go through another one of those again.

And really, Ms. Horwath, what are your next ten words? Remembering a slight improvement isn’t good enough.