Glimpses of leadership amid a seemingly leaderless crisis 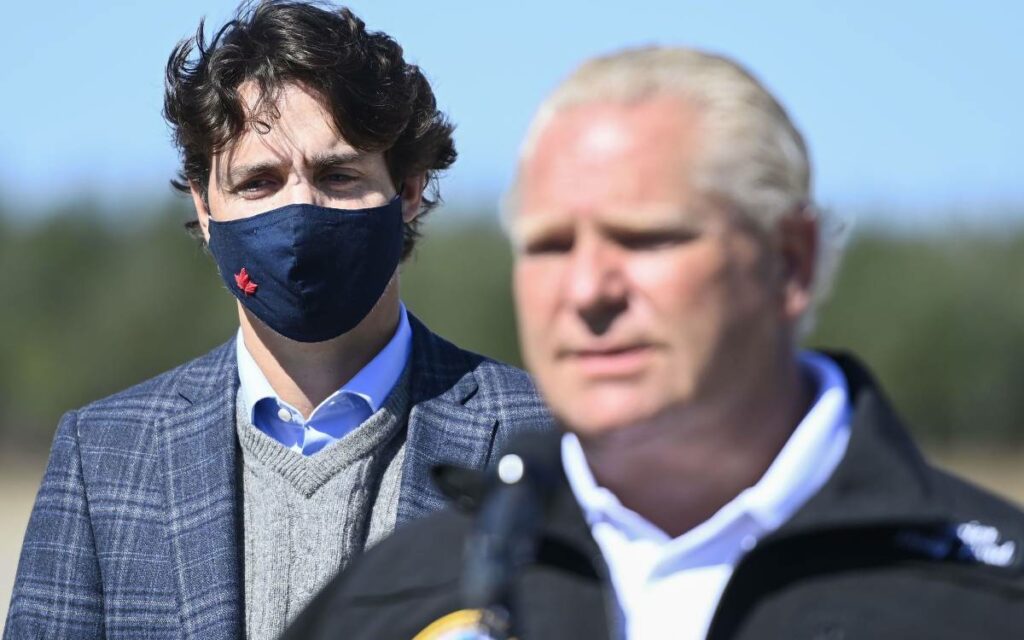 After two weeks of truckers’ protests/occupation/blockades across Canada, there was a palpable sense of relief last Friday when Ontario Premier Doug Ford stepped up to the microphones to declare a state of emergency and announce tough steps to try and end the mess.

Support him or criticize him – and Ford attracted his share of both – at least someone appeared to be acting definitively.

To his credit, Ford attempted to walk the critical fine line between sympathizing with the frustration that prompted the protests in the first place and making it clear that enough was enough. The right to protest, no matter how mad you are or how justified you feel your cause is, does not give you the right to disrupt people’s lives and jobs and jeopardize the country’s economy, he said.

It is a delicate balance given that Canadians are supportive of the public expression of frustration by the truckers, if not of their means of doing so.

Critics said Ford should have acted sooner. Perhaps. Picking the right moment in situations such as this is fraught with risk whatever the decision.

But one also has to ask, where is Ottawa. Blockading our borders as the truckers have done in the West and in Windsor is a serious threat not only to our economy, our critical supply chains, and thousands of Canadian jobs, but also to our global reputation and status as a successful trading nation.

When the President of the United States feels motivated to call the Prime Minister and offer American tow trucks to help clear the protesters, you know we have a problem.

So far, all Prime Minister Justin Trudeau has offered are questionable policies that sparked the protests in the first place, made inflammatory remarks that the protestors were just a fringe group of racists, misogynists, etc. etc., and then offered the helpful comment that the pandemic “sucks” in response to Opposition questions about what he was going to do about it all.

It was his government’s new mandate – that all truckers must now be fully vaccinated – that seemed to trigger it all. After two years of the pandemic, when most truckers are fully vaccinated and with little if any evidence that a lonely truck driver sitting in his or her cab is now a serious public health threat, one has every right to ask, why now?

Canadians are fed up with COVID restrictions, whether they supported them or not, and are ready to get on with their lives and live with the consequences. Canada, and particularly Ontario, are among the world’s laggards in easing or outright removing restrictions.

Recent polls indicate the shift. Last summer, an Angus Reid poll showed almost 70 per cent of Canadians were supportive of COVID restrictions. That same pollster now shows over half of those same Canadians want restrictions ended immediately. Even the country’s public health leaders are calling for a serious review of the rules and questioning the value of continuing vaccine mandates based on the most recent evidence.

The Prime Minister seems to have lost the plot. In another recent poll, this one from Maru Public Opinion, almost half of Canadians believe Trudeau has inflamed the situation and over half say he looks “weak in the face of threats to the country.”

Only 16 per cent said they would vote for him again, based on his recent performance. Even members of his own caucus have broken ranks with public criticism.

So, criticize Ford for his tardiness in acting, if one feels the motivation to do so. But he is not the Prime Minister of this county. And it is Canada that is sadly lacking in leadership.