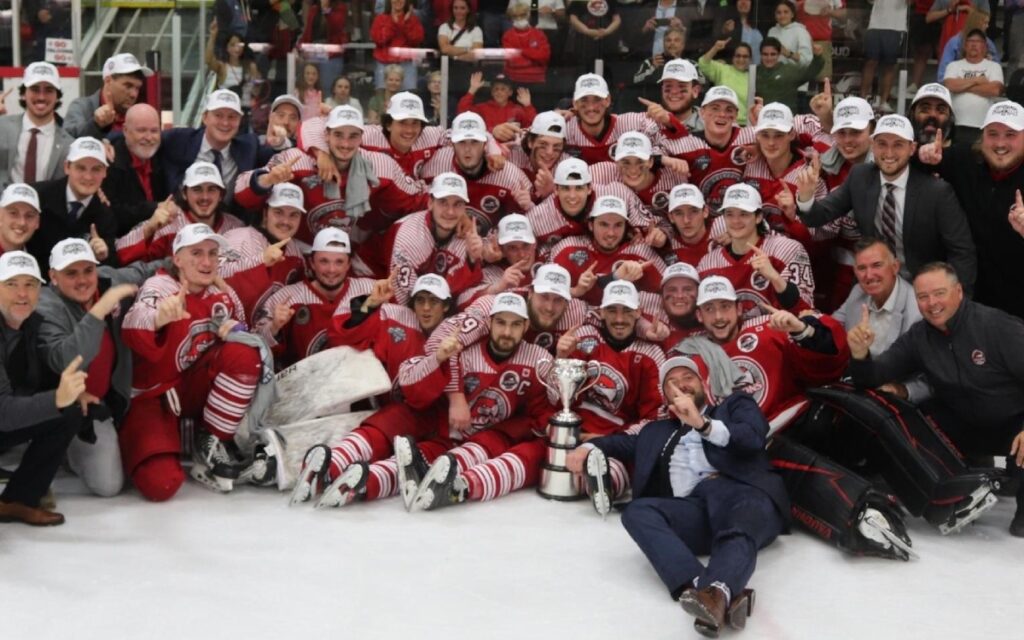 Will the Falcons repeat? Can they repeat?

That’s just two of the questions many local Jr. B hockey fans are asking.

The Kilty B’s and Caledonia Pro-Fit Corvairs round out the eight-team division.

“I think the league is in good hands. It’s run professionally. The owners, the ownership and the management groups are second to none. I really love the direction of the league,” said Welland Jr. Canadians bench boss and long-time NCAA head coach Dave Burkholder on the Niagara Sports Report on Newstalk 610 CKTB.

“We’re producing and developing kids for the next level. Tons of OHL, tons of major Jr. A, tons of college commits – it’s all good in the GOJHL.”

Burkholder will be inducted into the Niagara Falls, New York Sports Hall of Fame next month after coaching the Niagara (University) Purple Eagles for 21 seasons.

The Golden Horseshoe Conference is one of three conferences, and 33 teams that make up the Greater Ontario Hockey League.

“It just seems like yesterday, even though it was just over nine weeks ago we were hoisting the cup,” said Girhiny.

“Maybe the boys had a bit of Sutherland Cup hangover coming into camp, but we’re excited to get going.”

St. Catharines actually finished seven points behind Hamilton for second place in the Golden Horseshoe regular season standings during the 2021-22 campaign, but then rolled through the post-season to capture the ‘Sully’, as it is affectionately known.

Some other story lines surrounding the Niagara based teams entering this season:

The Thorold Blackhawks calling Port Colborne and the Vale Centre, at least for the 2022-23 campaign, home.

Long-time, and multi-team, coach Bryan Kelly taking over as head coach in Pelham. Kelly has coached previously in Welland, Port Colborne and Thorold.

And, Brandon Boone joining forces with Frank Pietrangelo in Niagara Falls as co-owner.