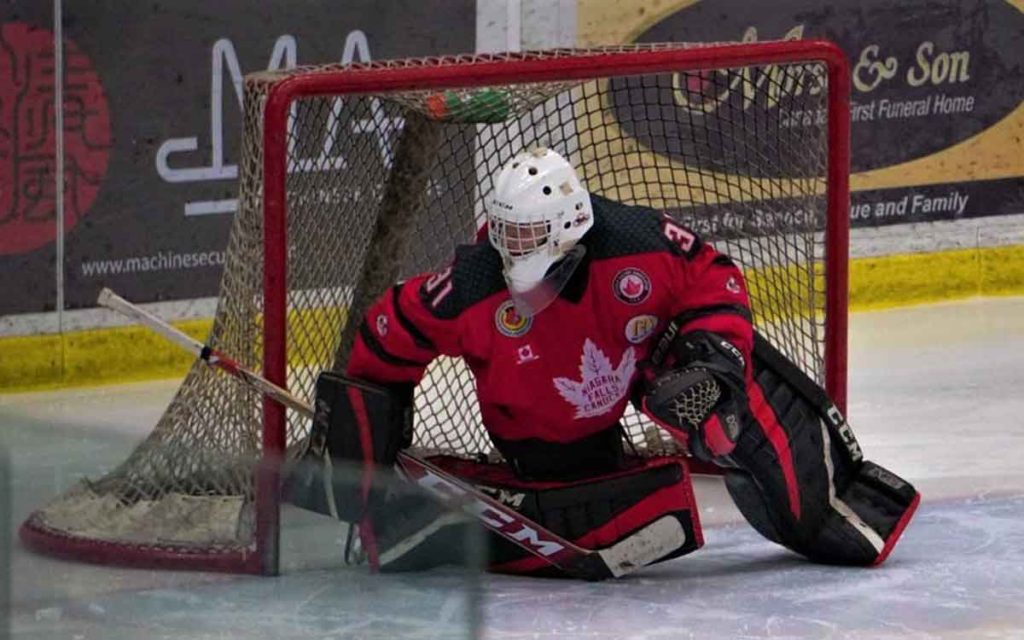 Niagara Falls goalie Zachary Moore will look to backstop the top-seeded Canucks through the semi-finals against Pelham.

There was not much suspense in the Greater Ontario Junior Hockey League – Golden Horseshoe Conference – quarter-finals, but that will likely change in the semi-finals which begin tonight on two fronts.

Three of the four teams in the semis advanced with four-game sweeps in their opening round playoff series.

So the semi-finals are set with Number 1 Niagara Falls taking on 4th seeded Pelham, and number 2 St. Catharines up against third ranked Hamilton.

There’s no denying the St. Catharines – Hamilton series is the most appealing.

The Falcons finished nine points ahead of the Kilty B’s in the regular season standings, and were (4-2) in head to head matchups against Hamilton.

The Falcons gave up a GOJHL low 106 goals, with Hamilton right behind at 110. St. Catharines goaltender Jack McGovern led the conference in goals against average with a sparkling 1.90.

Niagara Falls was (6-1) against Pelham in the regular season, and did score a league best 282 goals – 23 more than any other opponent in the Greater Ontario Junior Hockey League.

The Canucks Justin Kyle led the GOJHL in scoring with 81 assists and 118 points.

Pelham goaltender, and Welland native, Brandon McCorriston was tops in league save-percentage at .929.

As for the other two conferences, it’s top ranked Listowel – with former Niagara IceDogs head coach Jason Brooks in charge – taking on fourth ranked Kitchener, and second seeded Stratford taking on number three Waterloo in the Midwestern Conference, while the Western Conference featured a pair of upsets in the first round of the playoffs setting up some interesting semi-final series.

The sixth seeded Komoka Kings ousted the third ranked Chatham Maroons in just five games and will now play the top ranked Leamington Flyers in the semis, while the number five Leamington Vipers swept away the fourth ranked Sarnia Legionnaires setting up a semi-final series against the number two London Nationals.

So 12 teams left in the Greater Ontario Junior Hockey League playoffs, all looking to advance to their respective conference finals and eventually a trip to the Sutherland Cup – the Ontario Junior B Provincial Championship.

Here’s a look at the schedules for the two Junior B playoff series here in Niagara:

(both series are best of seven) 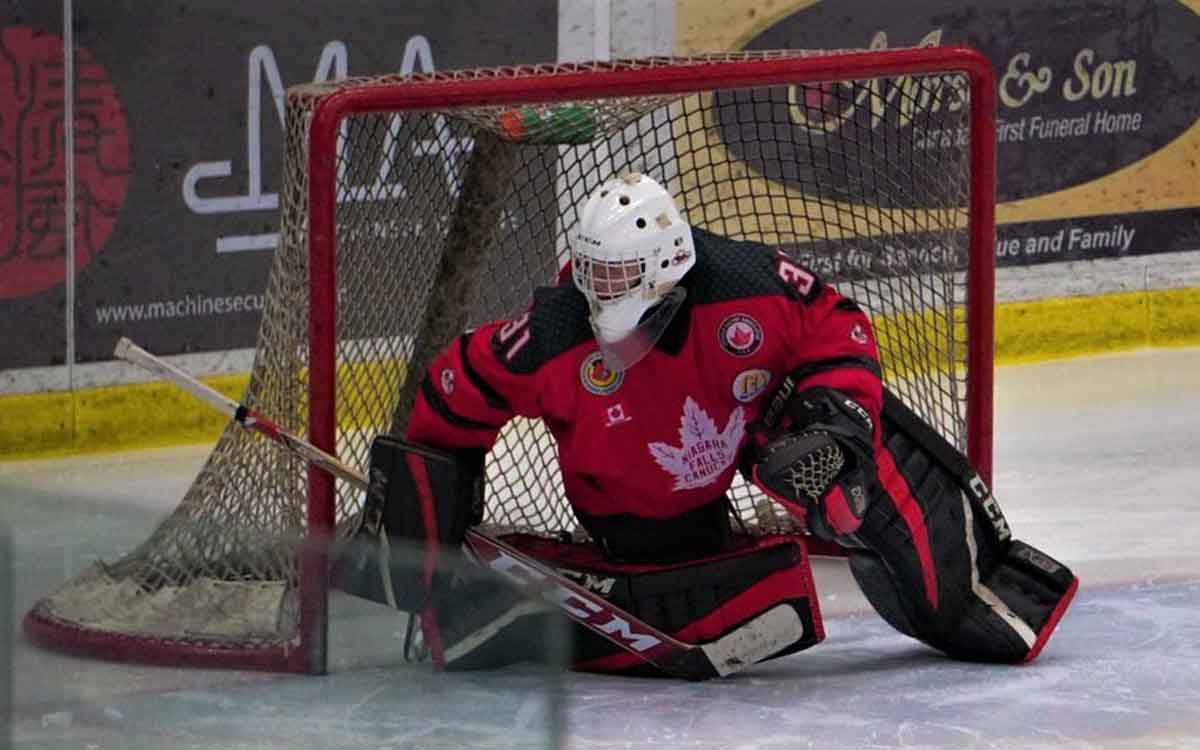