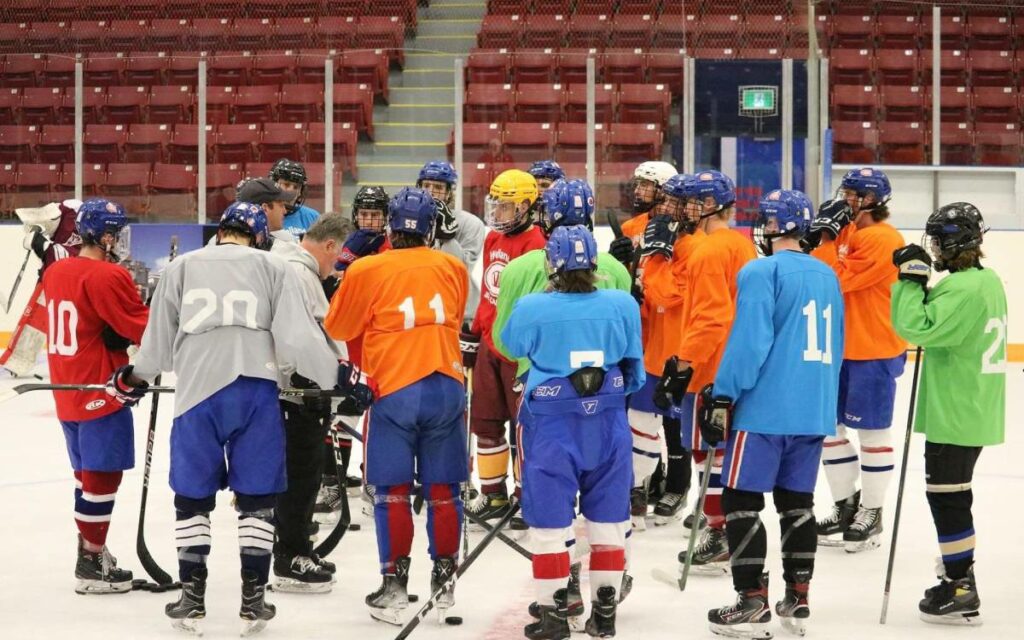 Frank Pietrangelo breathed a sigh of relief Friday night. The Niagara Falls Canucks were finally back on the ice, playing a real, meaningful game.

The current owner, head coach, and general manager of the Canucks, and former Stanley Cup Champion goaltender with the Pittsburgh Penguins, said it was a tough last 18 months.

“A lot of excitement, obviously,” said Pietrangelo as he joined the Niagara Sports Report on Newstalk 610 CKTB.

“It was great, you’ve got to feel for these kids. They’ve endured a lot over the last year and a half – physically, mentally – and it was great to see them at the rink. You see the smiles on their faces, but you also see the smiles on the fans, the parents, the friends that have come out and supported these kids – just happy to get out the office and see some live action once again.”

The Canucks prevailed in their regular season home opener 8-5 over the Thorold Blackhawks.

Niagara Falls and Thorold are joined by the St. Catharines Falcons, Welland Jr. Canadians, Fort Erie Meteors, and Pelham Panthers, along with the Hamilton Kilty B’s and Caledonia Corvairs.

Two other divisions make up the GOJHL – the Midwestern and Western Conferences.

Both the Canucks and Falcons picked up two points this past weekend after the Corvairs weren’t able to ice a full-team due to the league’s double COVID-19 vaccine protocol.

“No doubt we were disappointed,” said St. Catharines General Manager Frank Girhiny. “We were ready to play, opening night, our last (home) opener at the Jack (Jack Gatecliff Arena) for the Falcons, playing our arch rival the Caledonia Corvairs, but unfortunately we got a call earlier in the week that they weren’t ready to play.

They had an opportunity to affiliate midgets (midget aged players) to come and play, and give themselves a larger roster per se, but they decided not to do that, and they decided they were going to forfeit the two points.”

The other story line surrounding the GOJHL this season is the league’s request to be granted Junior A status. Right now, the league is considered Junior B.

Pietrangelo and the rest of the Niagara based owners and coaches feel a bump to Junior A is a no-brainer.

“Obviously that’s our goal, and that’s a big focus of the GOJHL ,” Pietrangelo said.

“We deserve Junior A status, there’s no doubt about it. We’ve operated as the top league in our footprint, outside of the OHL (Ontario Hockey League) for the past 100 years. There’s no reason why the GOJHL can’t continue on in our footprint operating as Junior A.

Junior A is a necessity in our area. We all know this. It’s a long-time coming, and we believe it’s going to come to fruition.”

For more information on the league and its teams, check out gojhl.ca