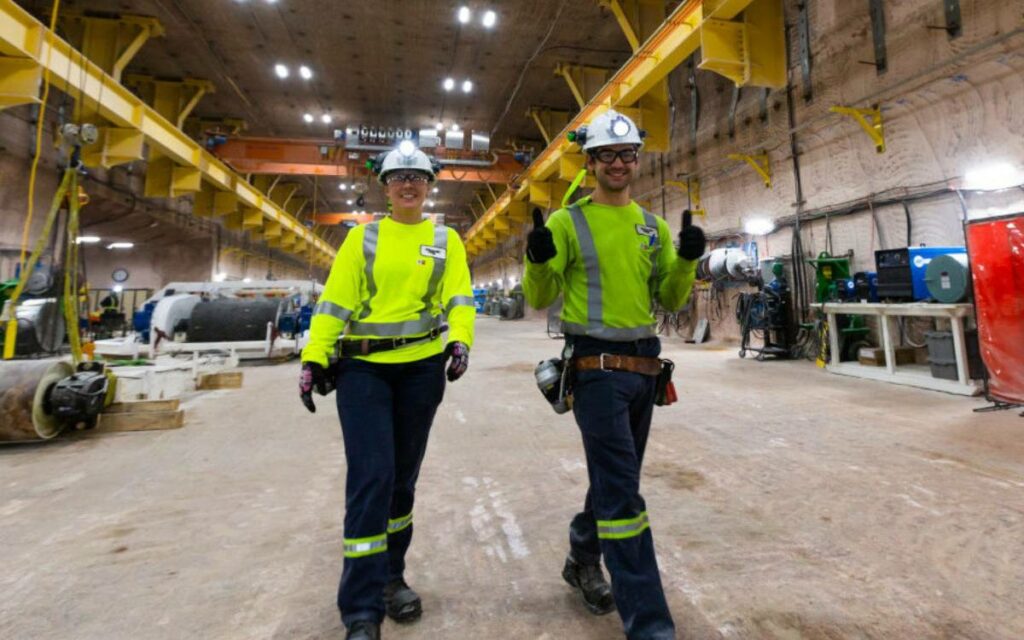 Amongst other positive developments of late, the province was recently named the second most popular mining jurisdiction in the world. Photo credit: Mosaic

While the larger provinces typically attract most of the attention from the news media, Saskatchewan has recently enjoyed some notable successes that warrant comment.

For starters, the 2021 edition of the survey of international mining companies conducted annually by the Fraser Institute found that Saskatchewan was the second-ranking most popular destination in the world for mining, close behind Western Australia. The Fraser Institute’s ranking is not only dependent upon the presence and quality of the natural resources present in a specific jurisdiction, but also the public policy environment and how welcoming it is to exploration investment. Interestingly, the policy environment was found by the study to represent as much as 40 per cent of the investors’ decision.  Quebec and the Yukon were other Canadian jurisdictions found to be in the top 10 for investor attractiveness.

Considering the importance of public policy in mining investors’ decision-making, some of the most important elements were the presence of political uncertainty with respect to how regulations were administered, environmental regulations, regulatory duplication, taxation issues and legalities, uncertainty around protected areas and disputed land claims, the presence of necessary infrastructure, socioeconomic and community development considerations, trade barriers, political stability, labour regulations, quality of the geological database, and the availability of labour and relevant skills in the workforce.

It also certainly doesn’t hurt Saskatchewan that the province enjoys the benefit of significant natural resource wealth, including some of the richest uranium mining assets in the world and a potash industry that accounts for 30 per cent of the global market as the number one international producer.

Recent negative global developments have worked to the advantage of Saskatchewan’s resource sector.   The Russian invasion of Ukraine has sent most countries scrambling to replace energy sources from Russia. For example, US Republicans reacted to these events by introducing a bill in support of a US ban on imports of Russian uranium, a significant source of US supply. A resurgence of interest in nuclear power in the wake of the need to move away from Russian fossil fuel energy sources and the failure of renewable energy to provide an adequate replacement for fossil fuels has provided a boost for uranium from geopolitically stable countries such as Canada.

Saskatchewan’s potash industry has also benefitted from Russia’s aggression in Ukraine as Russia, Belarus and other unpopular regimes such as China are also significant potash producers. As well, Covid-related supply chain disruptions have meant that some East Bloc potash suppliers have become less reliable at a time when food security has taken on new importance for many countries. This has led to more reliable and reputable jurisdictions such as Saskatchewan being favoured while potash prices appear to be recovering from a years-long slump.

The importance of Saskatchewan’s stable, business-friendly policy environment also cannot be underestimated as a contributor to the province’s success. Following decades of being an NDP stronghold, with lacklustre economic performance to match, Saskatchewan opted for a small-c conservative government led by Brad Wall in 2007. Wall’s Saskatchewan Party has been in power ever since, now led by Wall’s successor Scott Moe. The Saskatchewan Party offered a non-ideological, unapologetically conservative vision that did not attempt to upend the status quo but introduced gradual, incremental change that positively changed the economic fortunes of the province. Wall’s approach was also very much populist in nature, in that it sought to appeal to ordinary people in a common-sense manner.

Saskatchewan’s recent success has something to do with being in the right place at the right time, but is also due to its government having created the right environment to take advantage of opportunity when it did arise. Other governments, and especially other conservative parties, could learn from Saskatchewan’s success.