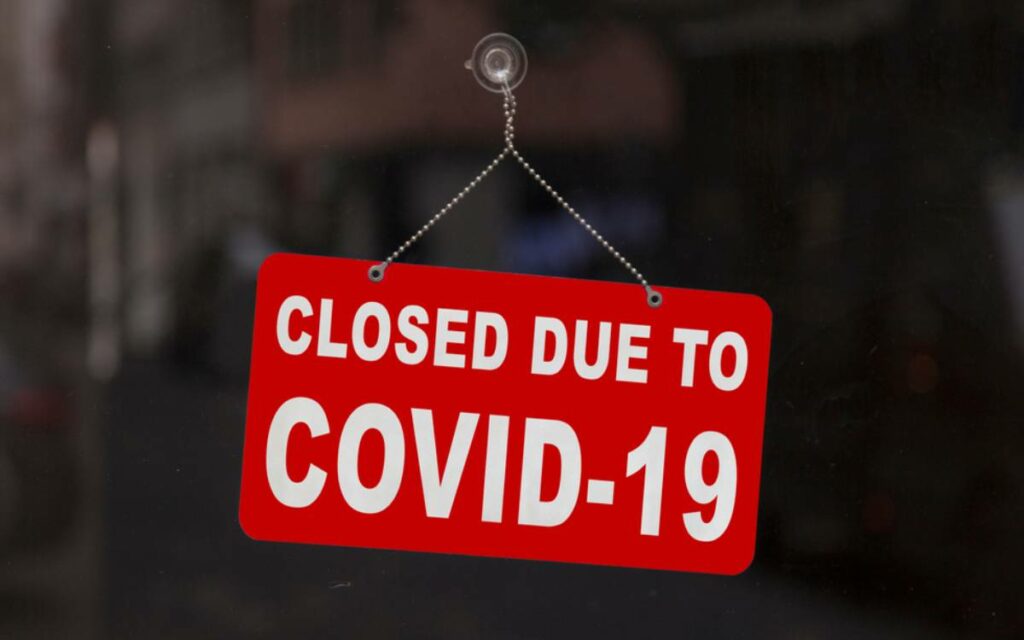 Consider the colour grey, associated with business suits, sophistication, and wisdom (think grey hair.) It’s a diplomatic color, negotiating the distance between black and white. Mark Zuckerberg’s grey t-shirt has become his trademark, his sartorial stance. Given the Facebook CEO’s billionaire status, one might assume it’s also the colour of success.

Unlike its neighbouring regions and most of the province, Niagara has been confined in grey-lockdown, the most stringent of the five public health zones in Ontario’s official pandemic response framework. Hamilton, Halton, York, and Durham all have more active COVID cases than Niagara, including more cases per 100,000 population, but they enjoy a lower control zone with fewer restrictions.  Citizens from Fort Erie to Grimsby have wondered how more active pandemic hotspots in the province have been allowed to draw from a palette of more vibrant COVID colours like red, orange, yellow, and green.

For many business owners in Niagara, the numbers just don’t add up. Some have vented their anger at Dr. Mohamed Mustafa Hirji, Niagara’s acting medical officer and commissioner of public health, whom they feel has wielded Rasputin-like power over decision-making related to pandemic control measures, and in doing so has threatened their livelihoods. Others have been quick to leap to Hirji’s defense, insisting that it is his job to keep the public safe, and prescribe the heightened vigilance necessary for infection prevention.

Niagara Falls mayor Jim Diodati, in a recent interview with CP24-Toronto News, conceded that there are legitimate questions as to why Niagara is in grey-lockdown, as well as the metrics in use.

“If we’re going by provincial protocol numbers, then we should be in the red [in Niagara], really on the edge of orange,” said Diodati. “I had a call last week with all the mayors of Niagara Region, all 12 of us, along with the regional chair, and we were pretty certain we were going into red. And it turned out we’re the only region in the province in grey. I understand safety is important. But the part that we’re trying to understand is, what about mental health? What about financial health? What about the businesses who are struggling to put food on the table, pay their rent, pay their taxes?”

While much of the focus and talk has been on the economic devastation in Niagara during the pandemic little has been discussed publicly regarding the mental health crisis caused by the extended lockdown. Numerous people on the frontlines of mental health care in Niagara have told The Niagara Independent that it’s a disaster. Suicides and domestic violence have skyrocketed in Niagara as people lose their jobs, have no income or feel trapped in their own homes like a prisoner.

Donning his Niagara Falls booster hat, Diodati added “we’re the number one leisure destination in Canada, we get 14 million visitors every year, and have 40,000 people depending on tourism to put food on the table. We’ve dealt with a lot of challenges, but none like this. They’re calling us the canary in the coal mine…we’re affected first, and the hardest. It’s been devastating for our community.”

One of the bewilderments involves the source of metrics applied to infection numbers. As of this writing, Ontario Health has established the number of active COVID cases in Niagara at 106, while Niagara’s Public Health has concluded the actual number is 251.

Kerri Stoakley, communications consultant at Niagara Region, passed on responses from Dr. Kirji with regard to questions posed by the Niagara Independent.

When asked why active case count is not the key metric, Hirji responded that such questions should be addressed to Premier Ford’s cabinet, who he said are in the best position to offer the scope of factors involved in such decision making.

Not all other municipalities were assigned a lower level of pandemic response recently, noted Hirji. In fact, three municipalities and one other region were placed in a more stringent level of response, with a stay-at-home order. These included Toronto, Peel, York, and North Bay/Parry Sound. Three of those four (the exception being York Region) remain under a stay-at-home order. The decision around these levels was made by the provincial cabinet.

Recent worrisome developments include a handful of suspected cases of infection in Niagara by variants of the original coronavirus, and the possibility of a third pandemic wave. Hirji is of the view that if the variants are confirmed, Niagara should remain in the grey zone. Moving back to red would only give people a false sense of security, he argued, and would encourage visitors from the GTA who were responsible for infection increases in the past, as proven by cellphone tracking data.

Public health officials continue to insist that masking up in public and avoiding social contacts outside of one’s immediate household are the path to recovery. Grey zone restrictions allow stores in Niagara to operate at 25 per cent capacity while supermarkets, convenience stores, and pharmacies are at 50 per cent. Restaurants can provide takeout options only, and other shops and services designated as non-essential must remain closed.

As more people are vaccinated, the rate of infections in Niagara should fall. Hirji suggested that a 30 per cent vaccination rate of Niagara residents would likely be required to return to a zone with less stringent restrictions. The Registered Nurses Association of Ontario, the Ontario Medical Association, and the Ontario Hospital Association all agree with Hirji that until vaccination rates rise, strict measures should remain in place.

Regardless of Hirji’s words of reassurance, don’t expect the frustration to recede anytime soon.

Typical of many small business owners is restaurant owner Chris Rigas. “When is enough, enough?,” he asked. “People are borrowing money to buy food and pay their bills, and yet for some reason there is a push to keep Niagara in lockdown, even though the numbers clearly don’t add up. We need to be smart and safe, but the longer we stay in lockdown based on numbers that seem to be calculated in a fashion different than other public health units, we will not only have an economic crisis in Niagara, but a massive mental health crisis as well.”

Lisa Gartner, a salon owner in Niagara Falls, echoed Rigas’ perspective, saying “I can’t help but feel confused with how this is being played out. The inconsistency is beyond disappointing. I look at the numbers and feel confident telling my staff to prepare for reopening, only to learn that’s not the case. How can one government health website say one thing, and another say something else? How am I supposed to be better prepared when I don’t know what I’m preparing for?”

Niagara’s mayors have been listening, and Wednesday night came out in support of a return to red on March 1.

Superseding Niagara Health’s pending announcement on the Region’s health zone status, 11 of 12 municipal mayors have issued a joint statement, advocating for more reopening protocols and a move away from grey. They praised health services in Niagara for doing an “outstanding job in working to protect our residents,” and local businesses for “having really stepped up to contain COVID-19.” With vaccination levels progressing, they maintain that “Niagara is positioned to move into this next stage” with ongoing vigilance. “A balanced approach to reopening the economy, while protecting the health and wellbeing of our residents, is paramount.”

Time will tell if the Niagara mayors, Dr. Hirji, and Queen’s Park are all on the same page of the COVID playbook. 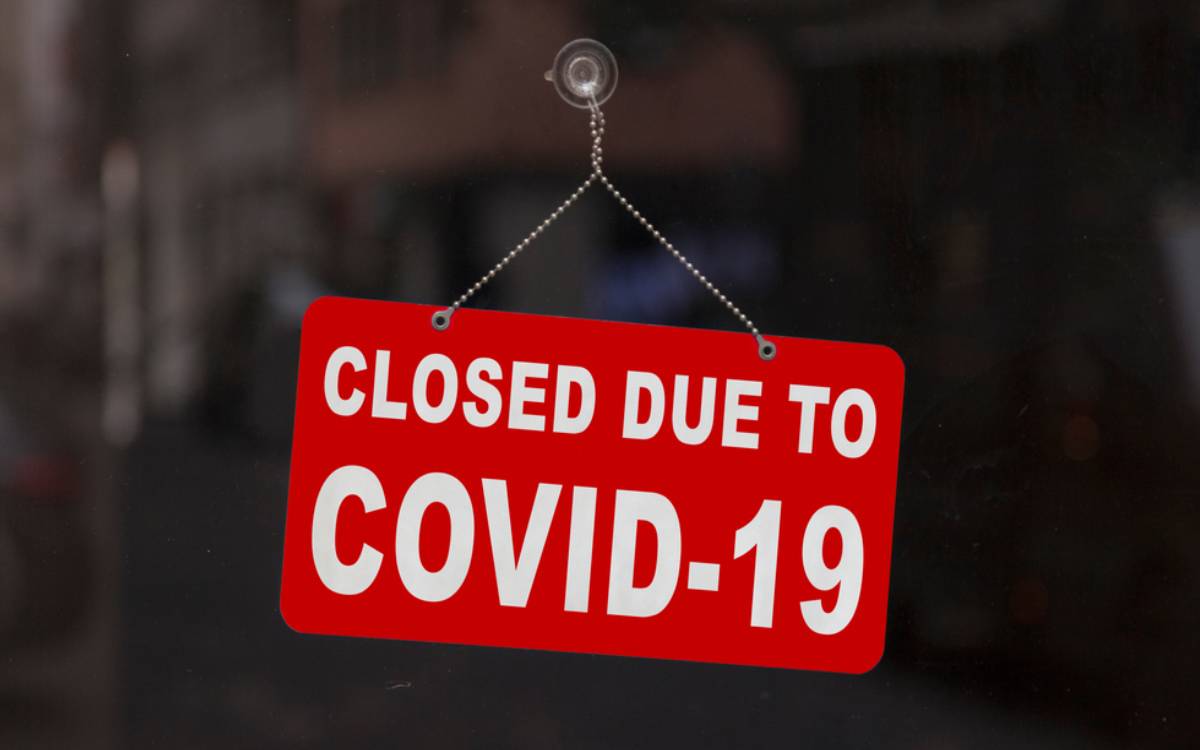