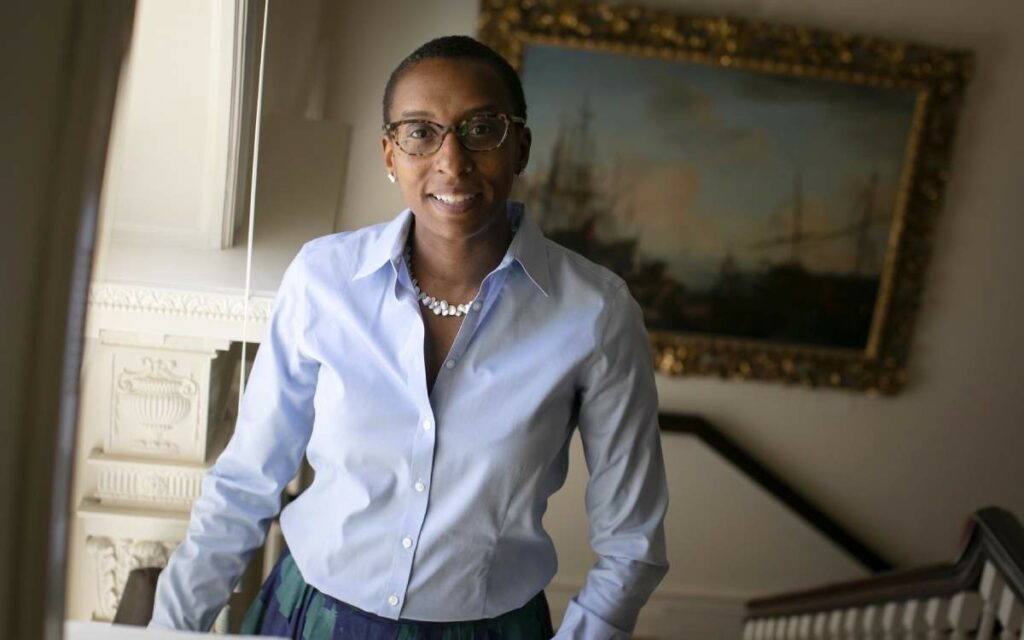 Harvard University recently named Claudine Gay (pictured) as the school’s 30th president. Gay is someone who, by almost every professional measure, appears wholly unqualified to lead what many still consider to be the world’s finest institute of higher-learning. Photo credit: Harvard University/Stephanie Mitchell

A striking sense of change marks establishment academia these days. Where once demand for excellence strode atop the high ground of elite education, there now sits a new priority, swollen in importance and drunk on its own virtue. The progressive agenda’s rapid movement throughout most North American cultures expresses itself in no better example than the recent appointment of Claudine Gay to the post of President of Harvard University. Undoubtedly, Gay benefitted from many affirmative action policies, rising in rank over a long period of time. But even that does not explain her recent promotion.

In an article written for the publication Minding the Campus, David Randall points out the meager number of published works Ms. Gay has produced, especially in comparison to what most university leaders write. As an example, take Dr. Lawrence Summers, a previous President of Harvard and former Treasury Secretary in the Clinton Administration. If one looks at the CVs of both, salient differences arise. Summer’s list of publications covers almost 10 pages, as of 2007, while Gay’s barely takes a page. This remarkable contrast speaks loudly to what once defined administrative leadership at premier institutions and what defines it today.

What Randall is getting at crowds the current thinking of those overseeing most institutional departments at present. The facts laid bare reveal a discomfiting shortage of scholarship on Ms. Gay’s behalf. Her success seems to have relied on a large dose of quotas and affirmative action which answer to the unholy trinity of diversity, equity, and inclusiveness initiatives dominating workplaces, schools, and most industries in 2022.

As Randall suggests, “So far as we can tell, no one at Harvard, or anywhere else in the modern academy, has dared to say the obvious: Claudine Gay is an affirmative-action Harvard president, whose record of academic publication renders her embarrassingly unqualified for the position. The emperor has no clothes, but no one at Harvard will say so. The Harvard community’s silence about Gay echoes, and will strengthen, the silence that accompanies every affirmative-action beneficiary at Harvard, whether a student, a professor, or an administrator.”

The consequences of misguided efforts that attempt to address apparent shortcomings come at a cost. Where excellence once stood as a chalice from which to drink, now the message appears in the words of mediocrity. We hear the cry of systemic problems from racism to discrimination, but never a word of protest for the indifference which marks so much of our scholarship, leadership, and statesmanship.

On the heels of Gay’s appointment comes Stanford University’s Elimination of Harmful Language Initiative. If we need more evidence of the dumbing down (apologies to Stanford for my use of a forbidden word) then this elitist California university, found between San Francisco and San Jose, and still a leading private research institute, just served up the latest item on the woke menu.

Afflicting all of society, these merchants of mediocrity march forward, turning our schools into re-education camps (how many parents even know their kids are being taught Unlearn principles designed to change your beliefs and reprogram your brain?); refitting the workplace for those more interested in experiencing cathartic encounters than productivity (probably explains why our federal civil servants, three years after a pandemic began are reluctant to return to their offices part-time); and revamping media, sports, and entertainment to ensure that we all know that love is the opposite of hate and therefore any love relationship equates to 5,000 years of traditional family arrangements (do they even know the origins, purpose, or societal benefits over which they have steamrolled this past decade and a half?).

Returning to Gay, she presents the dilemma dramatically, but offers a caution. Those of us hoping for equality of treatment do not subscribe to equality of outcome. In the case of Ms. Gay, far too much has been made of the need to place her visage in a prominent position and thereby legitimize and inspire at once. The legitimacy, upon examination, falls short. As Randall later points out, Shirley Tilghman, once President of Princeton, said of Gay, “She is a brilliant scholar of political science.” The evidence does not support this. The “brilliant scholar” has published a grand total of 11 articles between 1998 and 2017, and not one academic book.

Why does this matter? Because it eventually afflicts all of society. If excellence gets defined down, we lower our standards across the board (as if settling for the average does not already describe our increasingly complacent culture). As for inspiration, merit exists in creating role models who blaze a trail, but not just anyone will fit the bill. When Branch Rickey chose Jackie Robinson to break the colour barrier in Major League Baseball in 1947, Rickey not only used baseball skills as criteria but character, recalling years later, “I’m looking for a ballplayer with guts enough not to fight back.”

As Randall observes, “Claudine Gay’s entire career at Harvard is inexplicable, absent the race and sex quotas that govern modern academia. At each stage of her ascent at Harvard—Professor of Government (2006), Professor of African and African-American Studies (2008), Wilbur A. Cowett Professor of Government (2015), Dean of Social Science (2015), Edgerley Family Dean (2018)—it is impossible to imagine that she would have received that appointment if she were not a beneficiary of such quotas.” It begs a question. Did Harvard look for the best candidate or just the best intersectional candidate?

In one of his regular columns for the New York Times, Jamelle Bouie recently (Dec. 20, 2022) talked about Thomas Skidmore and his 19th-century effort to ensure equality. Skidmore wrote a book in opposition to Thomas Jefferson entitled The Rights of Man to Property. Skidmore proposed a constitutional convention to abolish debt, overturn the laws governing inheritance, and secure for each person an equal distribution of both productive and personal property. If anything is going to produce mediocrity, what better to do than destroy incentives, discourage entrepreneurship, and reward idleness?

The shameful attack on work sits on its own as a societal disorder, but the Left seeks to continue the march to parity for all citizens, in each nation, regardless of station in life, abilities, or education. This latest example of Harvard University, once the beacon of excellence, the cradle of innovative thinking, and the example of educational brilliance, elevating Ms. Gay to its premier office functions as a reminder that public policy has consequences.

As one of the Massachusetts university’s most famous graduates (JFK) liked to say, “A rising tide lifts all boats.” Unfortunately, in the case of Ms. Gay, Harvard now seems to believe that tides represent inequality, boats wealth, and the people in them should be on the shore where the land is always level. Skidmore would be proud to know his theories still receive attention today and appear to be ascending to the echelons of academia’s most prestigious locales.