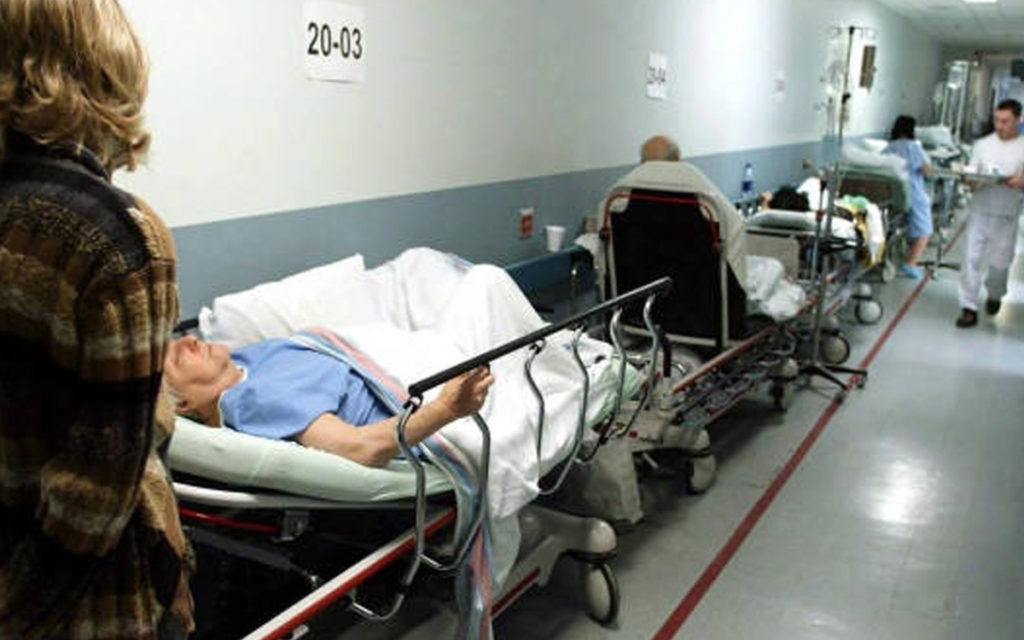 It isn’t surprising that Ontario’s health care system and its many failings has become a key issue in the current provincial election campaign.  Horror stories abound – long waiting lists for many medical procedures, so-called “hallway health care” as people are left in hospital corridors for days on gurneys as no beds are available, emergency room nightmares because of a lack of capacity, the refusal of government to fund key medications, and so on.  Many people within the health care sector itself claim that the silver bullet is to throw even more tax dollars at the problem.  The three main political party leaders are obliging by promising, to various degrees, to up the ante on health system spending.

International comparisons, however, shows that Canada is already a very big spender on health care relative to other developed countries and rapid spending increases in recent years have done nothing to resolve the many problems.  In all provinces, health care spending represents just under half of the overall budget and continues to grow.  For those advocates of more spending, what do they think that number should be? 75 percent? Even more? And what other services that governments currently provide should be eliminated to spend more on health care?  These are pretty tough questions. As well, the wave of aging baby boomers will be further increasing demands on the system for the next couple of decades.

Clearly more spending is not the answer.  Instead, the entire broken system needs a structural overhaul, and soon.  Fortunately, there are good role models in some European countries and elsewhere which spend less per capita than Canada, yet achieve better health outcomes.  A feature of most of these systems is that private sector provision of health care has a much bigger presence than it does in Canada, and serves to increase system efficiency and reduce cost.  This is not the dreaded “two-tier” health care either, but rather public and private health care providers both operating within a universal, single payer system.  Of course, there are many vested interests that want to maintain our current public health care monopoly and resist change of any kind.  Perversely, the result of this intransigence is that private sector options are increasing by default to backstop public system failures.

Many Canadians cling to the mythology that our health care system is the best in the world, despite all facts to the contrary.  Unfortunately, this enables too many of our politicians to take the easy way out,  promise more spending, and avoid the tougher but more constructive discussions around the need for fundamental system change.  It is ironic in the extreme that so many of our political leaders praise the current system and pretend no major change is needed, yet end up seeking treatment outside of Canada or at private clinics when they personally face health challenges.  Canadians need to demand better, as the health care horror show will only get worse without an honest and factual discussion of the real change that is needed in this most essential of services.