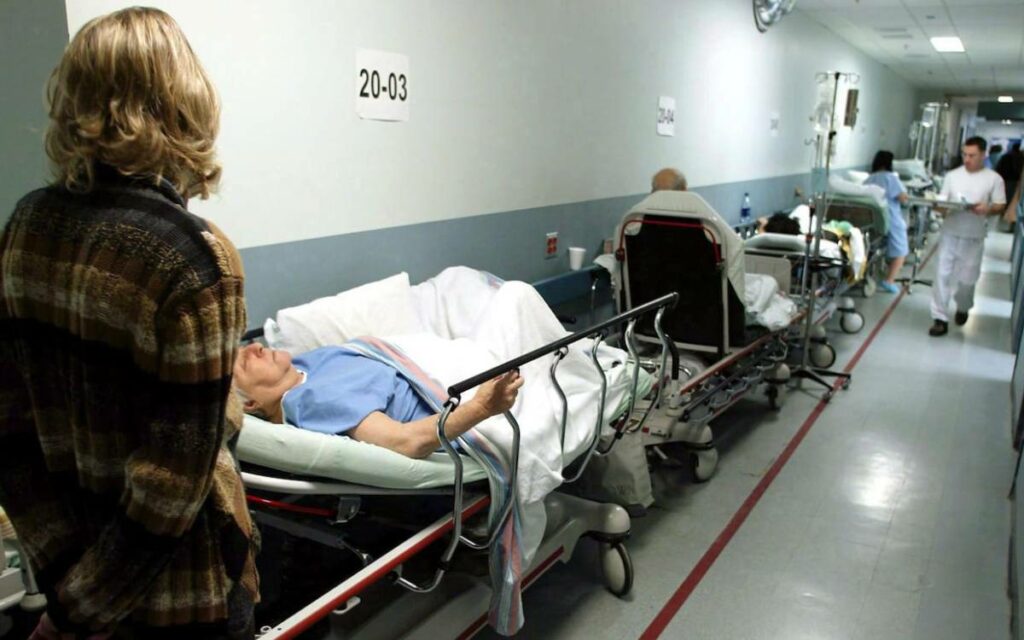 Most politicians and many Canadians continue to promote the fiction that our badly broken health care system continues to be viable and among “the best in the world”. But, at present, the only people benefitting from the current health care system are the public sector unions. Photo credit: The Canadian Press/Paul Chiasson

The horror stories coming out of various parts of Canada about our so-called “world-class” health care system are frequent and frightening. In just the past few days, we’ve heard from New Brunswick about an elderly man in a wheelchair, reportedly clearly in discomfort for some time, quietly passing away in a waiting area of a hospital with no one noticing after not receiving necessary care. In Ontario, a man with a shattered leg was placed in what seemed to be an unused storage room for four days without being attended to.

More and more tales of “hallway healthcare”, overcrowded emergency rooms, absurdly long waiting lists and other malfunctions abound. Many politicians, health care worker unions and others are calling for more money to be spent on this broken system, seemingly ignorant or just dishonest about the fact that Canada is already one of the biggest per-capita spenders on health care in the world, with dismal results for all of the money spent. A lack of money is clearly not the problem.

Within this context, last week we saw yet another court decision defending our disastrous public health care system. The appeal to the court was brought by a number of private surgical clinics and patients who had suffered very long wait times because of problems with the current system before the BC Court of Appeal. The plaintiffs argued that under the Charter of Rights and Freedoms, Canadians are entitled to “the right to life and security of the person”, which had been denied by forcing patients to wait for treatment under the public system and not permitting access to private health care options. The BC Court foolishly dismissed this appeal in favour of continuing the current dysfunctional system.

Many expert commentators have noted that the BC Court’s decision was plagued with contradictions.  Although the court agreed that BC laws regarding health care were harmful to patients – to do otherwise would have defied belief – and also acknowledged that excessive wait times could well lead to death, they nevertheless dismissed the appeal of the previous court decision to defend the public health care system, despite all evidence to the contrary. We keep hearing about how Canadians have less and less confidence in our justice system, and bizarre decisions like this one are surely one of the reasons.

This case is now expected to head to the Supreme Court of Canada. Some hope for Canadian health care occurred back in 2005 when the Supreme Court decided in the Chaoulli vs. Quebec case that the Quebec prohibitions on private health care at issue were inconsistent with the Quebec Charter of Rights and Freedoms. And the court split 4-3 on this decision, so it was by no means a slam dunk. At the time, this decision was deemed to be a major development that would open the floodgates for more private sector care in Canada. But that did not take place, as political intransigence and entrenched interests in the current government monopoly system took precedence over the change that could have happened at that time and ultimately would have left us in a better place today. We can only hope that when the current case is referred to the Supreme Court we will see a more positive and widespread outcome.

Most politicians and many Canadians continue to promote the fiction that our badly broken health care system continues to be viable and among “the best in the world”, despite contradictory evidence. What will it take to bring about needed change? Public opinion polls in recent years show a growing proportion of Canadians are in favour of permitting more private sector players into our universal system, while retaining a single-payer structure (i.e., not two-tier).

The only people benefitting from the current health care system are the public sector unions, who apparently couldn’t care less if Canadians are suffering as long as they maintain their monopoly control over primary health care, and the politicians and other Canadians that continue to delude themselves that we have a functioning system.

Opponents of permitting more private sector providers into the public system, which would bring more accountability, competence and competition to the existing health care monopoly, consistently claim that the “rich” will somehow benefit from this. I hate to break it to these folks, but the rich are already doing just fine, seeking out the private care they can afford in Canada or elsewhere, and nothing will change that. What is truly perverse is that many of the politicians that steadfastly defend our current failing public system do not hesitate to seek out private care when they or their loved ones are in need. Those hypocrites don’t deserve the time of day, let alone any credibility in their health care policies.

The big losers from our current system are patients and taxpayers who are paying much more than they should for sub-standard care. Despite all of the glaringly obvious problems, the stubbornness of the people that still defend the current health care mess remains, ensuring many more deaths and much more suffering will occur, all to defend an ideology that is well past its best-before date. How many deaths will it take before Canadians can see the major structural change that is needed? Sadly, it seems we are about to find out. 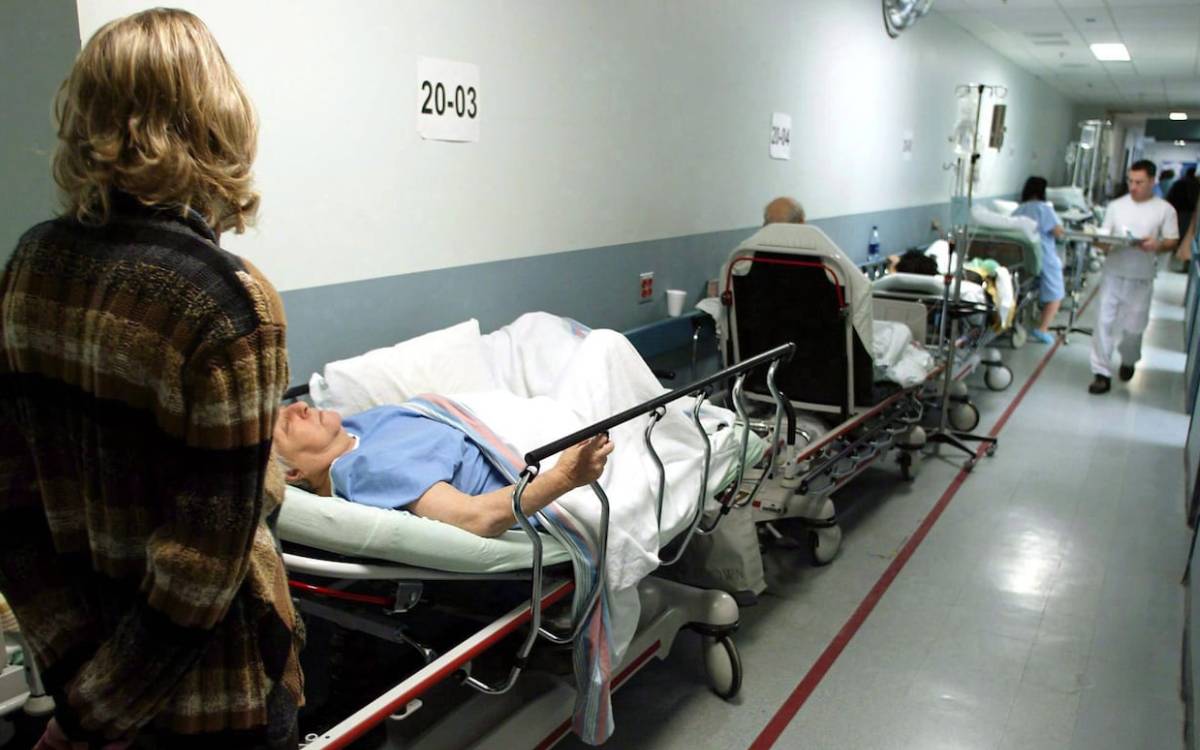