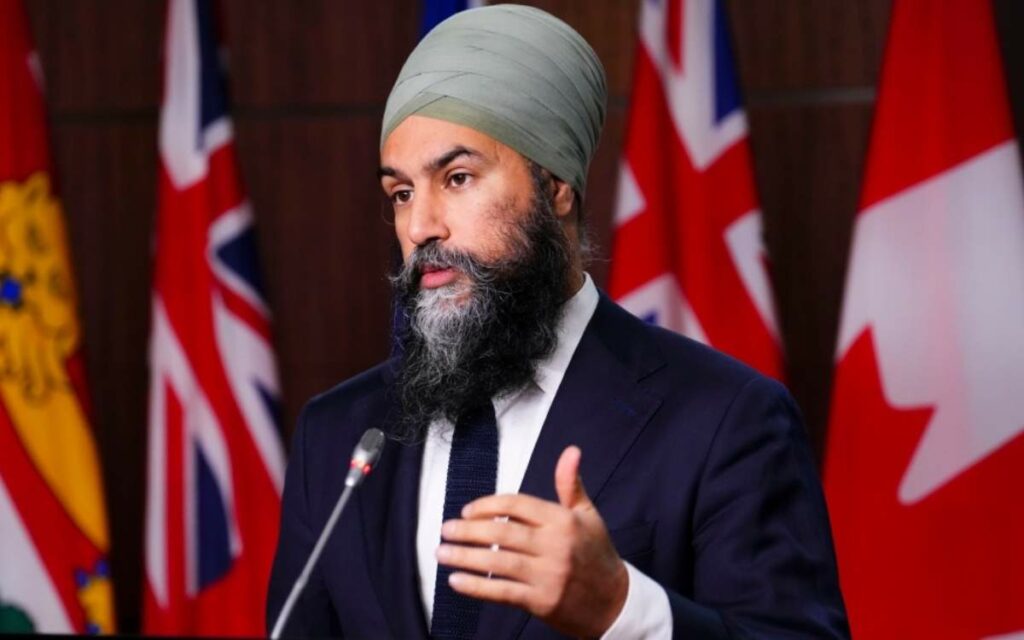 Oh, how quickly the tides can turn.

Last Sunday, Jagmeet Singh appeared on CTV’s Question Period singing the praises of the Liberal-NDP supply and confidence agreement that has been propping the Trudeau government up for much of 2022. According to Singh, he’s “forced” the Prime Minister to move on a number of fronts, including rental rebates and dental benefits.

Broadly speaking, Singh noted that “— our focus is on fighting for people, not giving up because it’s tough, and not backing down from the fight because we’re not getting the results that we want right now.” In other words, the deal is working and there is no imminent implosion date looming.

Now, bear with me as we fast forward just 24 hours later.

During a Monday press conference on Parliament Hill, Singh indicated that the NDP are ready to pull out of the deal if the Liberal government does not address the healthcare crisis plaguing hospitals from coast to coast. Singh’s posture in the two interviews was night and day.

In Singh’s defence, going to the wall on the current healthcare crisis is worth tearing up the Liberal-NDP agreement over. There are many, many examples coming to light of how the current system is failing right before our very eyes.

In Ontario, the Canadian Red Cross has deployed staff to help the children’s hospital in Ottawa deal with a surge in cases of respiratory viruses. In British Columbia, there are plans in place to double bunk patients in single-occupancy rooms at the Vancouver Children’s Hospital to deal with the unprecedented spikes in illnesses. Surgeries are once again being postponed at hospitals across the country, ER rooms are full, and forget about trying to find a family doctor.

After more than two and a half years of using the word “unprecedented” to describe the overburdened Canadian healthcare system, there is still no end in sight to the constant game of catch-up frontline staff have to play on the daily. Paramedics, nurses, doctors and support staff are rightly exhausted, and Canadians are paying the price as they wait in the queue for service.

The federal health minister and premiers are at an impasse, fighting over money to fix a highly complex system that is in need of massive reforms. The Prime Minister refuses to sit down and meet.

In the words of Pierre Poilievre, everything about our healthcare system “feels broken”.

It begs the question. Will Singh be willing to risk it all, and put his party in the throes of an election over the issue of healthcare? The calculation is not without risk given that the NDP continues to poll poorly, and any result worse than the 2021 seat count would likely spell the end of Singh’s leadership.

The more likely answer is that Singh will continue to hang onto his deal with the Liberal government, and posture in the hopes that a deal is soon struck with the provinces to provide more resources. He will then try and claim victory on the premise that he took the “fight” straight to the Prime Minister and came out victorious.

When you read between the lines, politics is mostly predictable. Unfortunately for our frontline workers and the Canadians in desperate need of a reliable healthcare system, we are at the mercy of the leaders who are “fighting” for us.