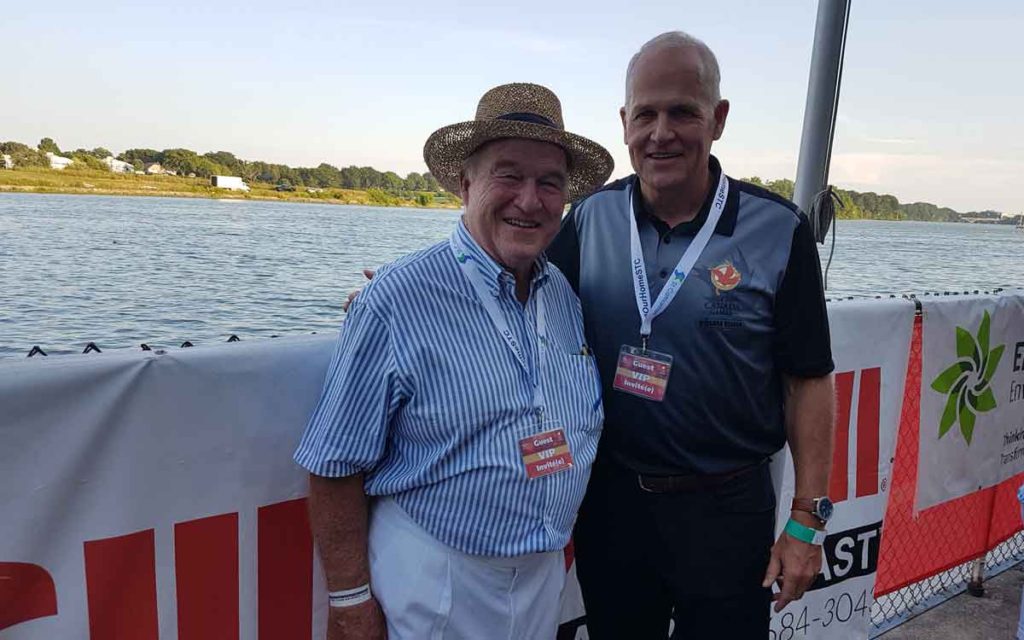 It was a perfect night to kick-off one of the biggest and most renowned regattas in North America and celebrate the two year-out anniversary until the launch of the 2021 Canada Summer Games.

A who’s who of Niagara politicians, athletes and business professionals gathered under the grandstand in Port Dalhousie for the dual celebration. After 11 year-old Ella Lambert sang a beautiful rendition of Oh Canada, emcee Rod Mawhood kept things moving as dignitaries and local politicians brought greetings and congratulations to the athletes in attendance.

A special addition to the evening’s agenda was the induction of the late Neil Campbell to the Rowing Canada Hall of Fame. Campbell, who coached numerous high school, club and Olympic crews was fondly remembered by two former members of the 1984 Olympic Games crew that won gold for Canada.

Campbell’s former athletes said their coach was, “More than worthy of this honour” and that he was “an acquired taste” referring to him as “colourful, crazy and intense”. But they also said nobody cared more about their athletes than Campbell.

After Campbell’s induction, local members of provincial and federal parliament, and municipal politicians welcomed the hundreds of young rowers who filled the grand stand to Niagara and to the start of the 137th annual Royal Canadian Henley Regatta which runs until Aug. 11. With nearly 3,000 athletes and coaches it is one of the biggest regatta’s on the planet.

This year also featured another special addition to the proceedings. It is the beginning of the two-year countdown to the 2021 Canada Summer Games which will begin on Aug. 6 and held across Niagara. With the numerous Summer Games banners, t-shirts and images around the grandstand there was no mistaking the Games’ presence. CEO Barry Wright and his senior team were all in attendance along with members of the Host Society Board, including Chair Doug Hamilton who addressed the crowd. Hamilton, himself an Olympic medalist in rowing, reminded those in attendance that in just two short years, “the eyes of our country will be on Niagara as we welcome 5,000 of Canada’s best young athletes.”

Hamilton said not only are the games a huge opportunity for athletes to showcase their talents, but the games will be a massive opportunity for Niagara to show the rest of Canada how great the region is and what it has to offer. “Like the athletes, we are excited and working very hard to seize this wonderful opportunity.”

The Chair indicated that half of the funding for the Games’ capital builds has been secured, primarily from municipal partners and that “we are continuing to move forward in our discussions with the Ontario and Federal Governments for the remaining infrastructure funding.”

It was a special night in front of the old grandstand. Fireworks lit up the sky to close out the evening. There’s no doubt the fireworks will be on the water starting tomorrow as the athletes battle their way towards Henley gold. 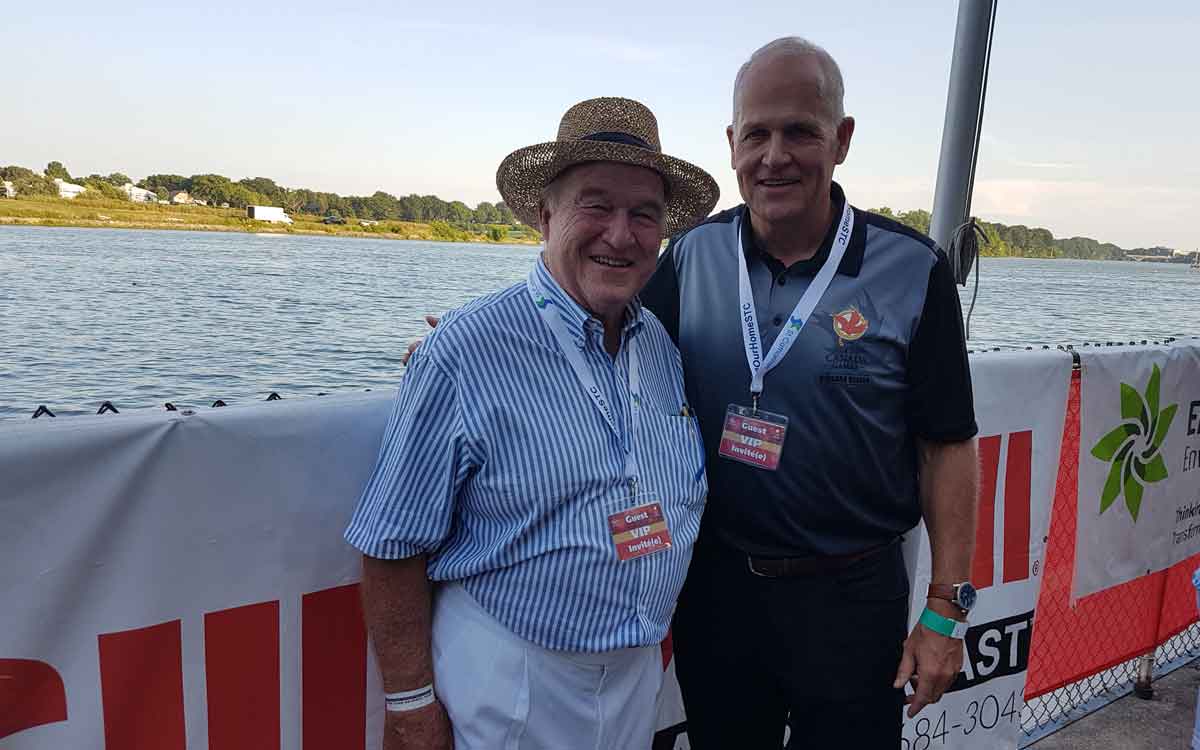