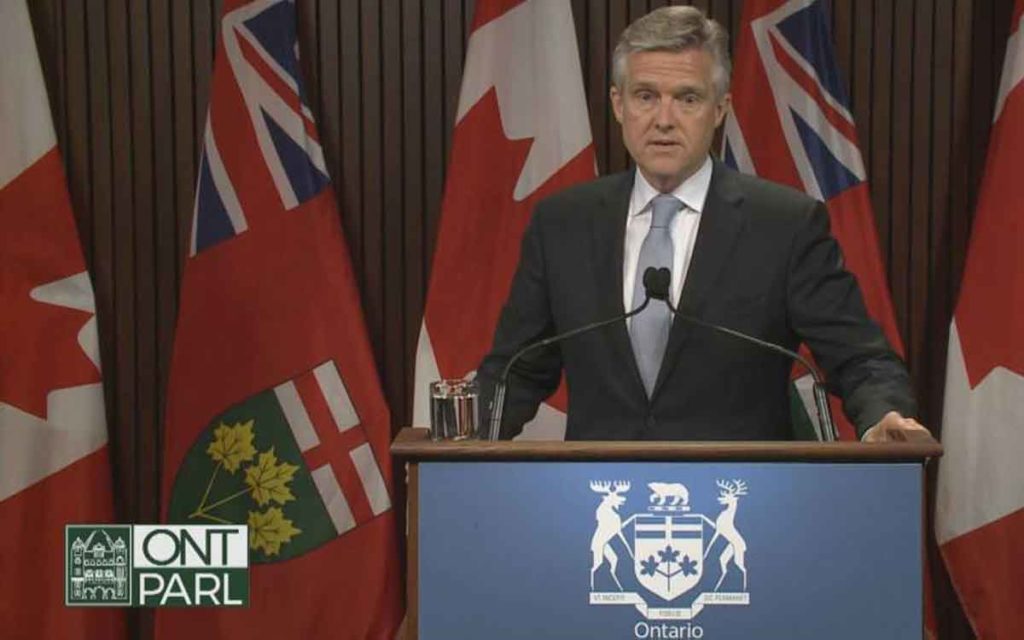 Ontario Finance Minister Rod Phillips announced Wednesday that due to higher spending in the health care sector, economic stimulus measures, and billions less in revenue, the provincial deficit would rise to $38.5 billion in 2020-2021.

This week Finance Minister Rod Phillips broke the bad fiscal news in an update on Ontario’s finances and it was grim indeed.

Citing all of the increased spending due to the COVID-19 crisis, the Minister stated that this year’s deficit would hit $38.5 billion, roughly a quadrupling of last year’s deficit of $9.2 billion.  Expenditure increases were, not surprisingly, significant in health care where current year spending jumped to $7.7 billion from earlier forecasts of $3.3 billion.  Billions more were directed to support for municipalities, transit projects and education.

The Minister also noted that he was setting aside about $10 billion in a contingency fund for a potential second wave of the virus.  Phillips commented that the Ontario economy was currently in recession, and that it was likely the Canadian economy as a whole was as well.  Tell us something we don’t already know.  Forecasts for the Ontario economy this year indicate that it will shrink by about 7 per cent by year end.

All governments are being cut a great deal of slack by taxpayers for their enormous spending in these extraordinary times, but that doesn’t mean questions shouldn’t be asked about whether all of the added spending was really necessitated by the pandemic.  For instance, the Ford government gave an across-the-board raise to government employees, costing an added $720 million per year. Some of this was related to pandemic issues, but much of it was not and the pressure is already on from government unions to make this increase permanent.

Once salary increases are built into the public sector compensation structure, even if they were supposed to be temporary, they are very unlikely to be rolled back once the emergency situation has passed.  There is no question that some government employees, notably those in the health care sector, have gone above and beyond during this crisis, but most government employees do not fit into this category yet have continued to be paid in full despite doing little or nothing.  All governments could have saved considerable amounts of tax dollars by having workers use the same income support systems such as CERB like the rest of us did, but as they failed to do so they have merely entrenched the public sector’s misplaced sense of entitlement even further.

Ontario municipalities have also been beneficiaries of additional funds in the order of about $4 billion from the province.  Municipalities continue to waste money on frivolous projects and refuse to consider options to save taxpayer dollars.  Toronto remains a classic example of a municipality that is always crying poor, yet has turned down the chance to save hundreds of millions every year by opening up their tendering process for public projects and has recently been pursuing “Rail Deck Park”, a John Tory pet project, whose estimated cost has ballooned from an initial $2 billion to about $4 billion. As long as the provincial government enables the municipalities’ fiscal irresponsibility, it is bound to continue.

The Finance Minister’s statement continually emphasized the difficult financial circumstances Ontario will face for some time to come.  Considering that government compensation is roughly half of the provincial budget, a multi-year reduction of public sector employee compensation until it comes into line with comparable private sector employee compensation would be a sensible measure to assist the province’s recovery.  Strategic downsizing of the size of the government should also be undertaken via attrition.  Eliminating some of the public agencies that do not perform essential functions should also be considered.  The province also needs to get tough with municipalities who continually demand more yet do nothing to streamline their own budgets.

Even before the pandemic hit, the Ford government was spending considerably more than their Liberal predecessors – $163 billion in Ford’s first year in power versus $154 billion in the last year of Liberal government under Kathleen Wynne. Of course, Ford got zero credit for this added spending from the government unions, the opposition parties and other left-leaning groups, who continued to dishonestly pretend he was making drastic cuts.  The Ford government was elected in part to get Ontario’s finances back in shape.  There is no doubt the pandemic has thrown a wrench into those plans, but unnecessary spending is still taking place and the current government remains hesitant to make the kind of changes it was promising prior to being elected.

A successful economic recovery from the pandemic can only take place if the private sector gets back up and running, not by incurring more government debt. It’s time the Ford government put our money where their mouth is. 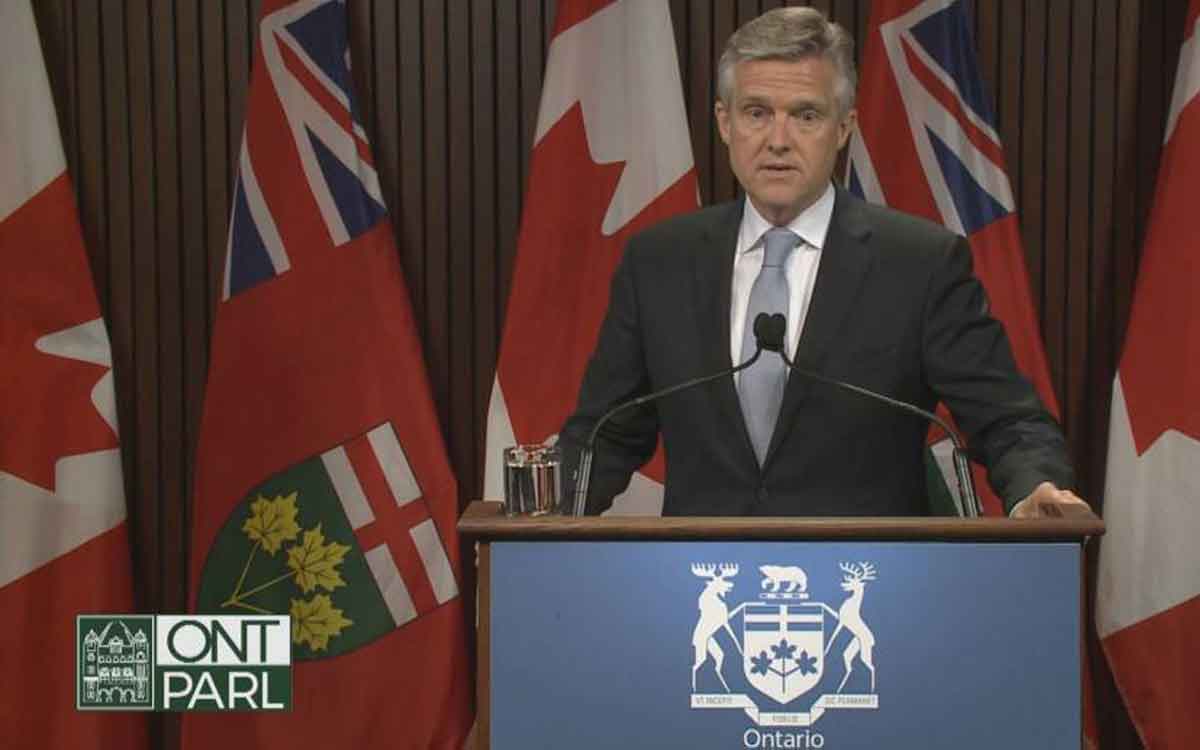