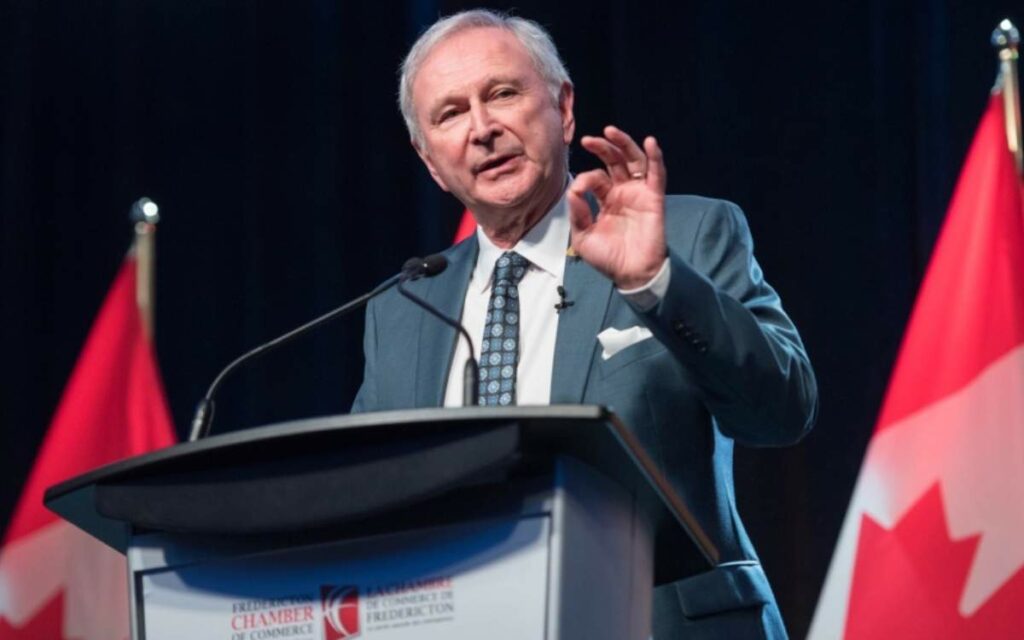 While political leaders around the country used the pandemic as an excuse to increase spending across the board, New Brunswick’s Blaine Higgs took a different approach. Photo credit: The Canadian Press/Stephen MacGillivray

If anyone is looking for an instructor to teach a masterclass on defending the public purse, New Brunswick Premier Blaine Higgs should step up to the chalkboard.

When it comes to financial management during the pandemic, no government was perfect. But Higgs’ record is about as good as it gets.

Looking back on the financial carnage of the pandemic era, the records of most governments offer lessons on what not to do.

Politicians tried to convince taxpayers ad nauseum that an explosion of public debt as the result of the pandemic was both inevitable and desirable.

That was certainly the attitude from politicians in Ottawa.

“We took on debt so Canadians wouldn’t have to,” said Prime Minister Justin Trudeau.

Such an “unprecedented level” of spending and borrowing was needed to “shield” Canadians from the effects of the pandemic, according to federal Finance Minister Chrystia Freeland.

Many premiers and other world leaders expressed similar logic.

But with the help of hindsight, rhetoric like Trudeau’s and Freeland’s rings hollow.

The reality is that while some additional spending might have been needed to deal with very specific impacts of the pandemic, much of it was not.

In Alberta, overall government spending increased by $6 billion over the course of the first two years of the pandemic. Yet less than half of that new spending actually went to what the government classifies as health.

The story was much the same in British Columbia: government spending rose by $12 billion between budget 2020 and budget 2022, but just over one-third of that new spending went to the health sector.

Numbers from Alberta and B.C. certainly suggest that politicians used the pandemic as an excuse to increase spending across the board.

Under Higgs’ leadership, the government of New Brunswick dedicated the clear majority of new spending to health care. Overall government spending between 2020 and 2022 increased by $790 million, with $452 million directed toward the health ministry.

Because Higgs limited spending increases outside of health, New Brunswick was the only province to run a surplus every year during the pandemic.

And Higgs didn’t post any fake surpluses. Many premiers like to claim they balance the books by leaving capital borrowing off of the balance sheet. Higgs did not. New Brunswick’s debt actually went down in real dollars.

Compare New Brunswick’s record to that of other provinces.

Over the same two-year period, Ontario piled $53 billion of debt onto the shoulders of future generations, an increase of over 15 per cent. Out west, British Columbia’s taxpayer-supported debt ballooned by more than 20 per cent, while Alberta’s debt doubled from $40 billion to $80 billion.

Higgs led the only government in Canada that chose not to take out the taxpayer credit card.

There’s a lesson in Higgs’ management that should be taken away from the pandemic experience.

In moments of challenge, it’s easy for politicians to allow spending to get out of control and see deficits run wild.

But governments need to remember that every dollar borrowed today becomes a debt to be paid back tomorrow.

By targeting spending to where it’s needed most, such as the health sector during a pandemic, governments can both respond to policy challenges and show respect for taxpayer dollars.

Responding to policy challenges doesn’t have to mean wrecking the public purse.

Jay Goldberg is the Ontario and Interim Atlantic Director at the Canadian Taxpayers Federation.