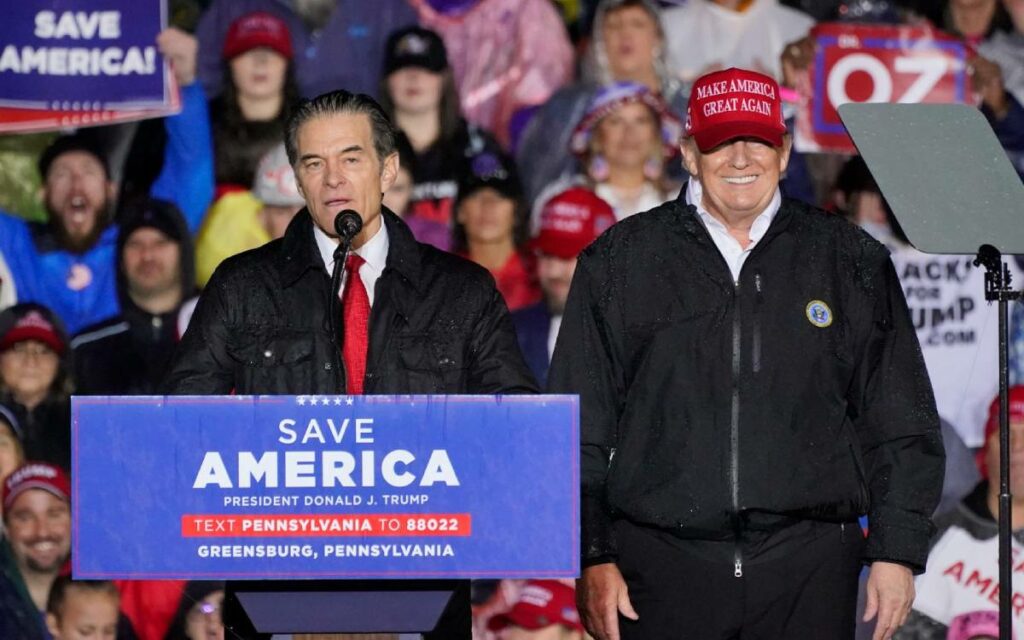 Elections held in the United States later this year will determine a number of matters affecting regional, national and global politics. If Canadians are not paying attention, they may miss some significant changes that stand to alter the political landscape while also paving the way for a 2024 presidential election that will end the Biden era.

To understand the American system, a person has to recognize its republican framework. A republican form of government means the following: The power of government is held by the people. The people give power to leaders they elect to represent them and serve their interests. The representatives are responsible for helping all the people in the country, not just a few people. Notice that it does not emphasize the power of the presidency nor the authority of judicial officers to create legislation from the bench.

As in Canada, the centralization of power in the office of the head of government has been steamrolling at an accelerated pace over the last 50 or so years. This has done nothing for democracy, the role of elected representatives, or the exercise of effective representative government at the federal level. Are the chickens about to come home to roost?

As a result of the 2016 U.S. election, many people thought that indeed, the proverbial chickens had come home. Donald Trump was elected to clean up the swamp. He posed an enormous threat to the traditional norms and set in motion problems that neither his adopted party (Republican Party), nor his former party (Democratic Party) has managed well. Trump was a symptom of Americans losing faith in their institutions. Since he assumed power, and subsequently departed, that faith has been further tested.

In 2022 we will witness the first fruits of the Trump Revenge Tour and the Biden Administration’s push to roll back numerous traditional practices in public and private life. How these are interpreted will likely determine many U.S. races in the Senate and the House. The winners will then have a base from which to work to consolidate power in 2024.

Since his ouster in 2020, former president Donald Trump’s obsession with his defeat has taken on the form of a crusade to right a wrong. Unfortunately, the erstwhile president, while maintaining an enthusiastic following, possesses limited hope of winning a national election, but significant influence inside the Republican Party. He will be 78 in 2024, continues to insist he will launch a third campaign for president, and remains the most divisive politician in America. His stamp of approval on hand-picked candidates has led the party to nominate a much-weakened slate for the fall, especially in the Senate.

The GOP only needs a pick-up of one seat to take control and make Mitch McConnell the Majority Leader. The candidacies of Herschel Walker (Georgia) and Dr. Oz (Pennsylvania) are perfect examples of this phenomenon. Trump is fascinated with celebrity. The thought of actually researching/confirming their political philosophy is not in the Trump playbook. This leaves the Republican Party at the whim of Trump’s unmolded beliefs and self-focused interests. If the American right hopes to retake power in 2024 they will have to hope that President Trump fades into the background.

Interestingly, there are strong hints that he will be doing just the opposite. Recent rumblings suggest he may announce a third run for the White House before the fall Congressional elections are held. He wants to make it harder for the Department of Justice to use the collected evidence of the January 6th committee to indict him as well as head off strong candidacies like those of Governor Ron DeSantis of Florida. If Trump follows through, it could be disastrous for Republican hopes in the fall. But the Democrats have their own problems in the form of the sitting president.

Trump putting party over personal pique is as likely as Mr. Biden accepting his diminished capacity and making room for someone new at the head of the Democratic ticket. Biden’s unpopularity rivals Trump’s and makes the 2022 cycle interesting and important for the 2024 presidential year. With that background, where does this leave the varied races around the country?

The House of Representatives holds 435 seats, meaning 218 are required for majority control. Since the House is reflective of majority rule, the party with the most seats controls committees and makes the rules. At present, the Democrats control the House with 220 seats, the GOP holds 211 and there are four vacant. The prevailing public mood suggests a significant number of seats will shift to the Republican column in November and retire Nancy Pelosi.

At this time, the House appears fundamentally decided, favouring the GOP. That leaves the Senate and the tatters which remain of the Biden agenda in the hands of voters in about half a dozen states. With the seat total tied at 50 in the Senate and Vice-President Kamala Harris possessing the tie-breaker, the Democrats just have to break even while the GOP needs a gain of one. There are 34 open races in the Senate this year, 14 of which the Democrats will be defending and 20 for the Republicans. On the face, that favours the Democrats. There are some retirements, leaving 15 Republicans running for re-election, and 13 Democrats. The states seen as most competitive will likely determine the outcome.

One further outlier is the shifting support of voter blocks. The Democrats, for the first time in decades are now gaining the edge with white college educated voters, but at the same time are rapidly losing support to Hispanic voters who largely disapprove of the progressive woke agenda that grates against their Catholic conservatism. Factors like this are unpredictable and mean assessments are fluid, predictions sketchy, and outcomes uncertain.

The Democrats appear to have their best chance of picking up Wisconsin and Pennsylvania. Senator Ron Johnson is running for a third term in Wisconsin, but he is a Trump loyalist and not a very good ideological fit in the maverick state. GOP hopes in Pennsylvania are pinned to Dr. Mehmet Oz, an unlikely selection, especially with the Democrats’ savvy choice of John Fetterman, the Lt. Governor of the state, and not a candidate easily associated with the woke elite. Oz is more celebrity than principled politician, has no electoral experience, and will carry the Trump baggage with him. If the Democrats net these two seats, they are on the way to maintaining control, but they will need to defend three seats the GOP should win going away in an off-year election.

But the Republican Party, in its narrow haste to appease Donald Trump may yet blow another opportunity. In Georgia, the GOP’s Trump-endorsed candidate is Herschel Walker, former Heisman Trophy winner, and Georgia Bulldog legend. Sadly, he espouses family values but has fathered several children out of wedlock, has been accused of repeatedly threatening his ex-wife’s life, admits to being diagnosed with dissociative identity disorder (formerly multiple personality disorder), and seems a bit unstable for the job of United States senator. His opponent, Senator Raphael Warnock, also a black man, will carry the advantage of incumbency, but also the burden of defending the Biden record in a formerly red state, now trending purple. If the GOP loses here, there remains Arizona and Nevada.

In Arizona, former astronaut Mark Kelly presently is fighting to hold onto John McCain’s old seat. He will have to fend off a challenge from whoever wins the Republican primary on August 2nd. Blake Masters is the favourite, but his recent comment about the January 6th attack on the Capitol being an FBI false flag operation is not promising.

These seats are very competitive and to be determined. The last state is Nevada, which is leaning as a Republican pick-up because the GOP has nominated a blueblood candidate in Adam Laxalt, the former Attorney General who hails from a popular state family.

If you are keeping track, the Republicans have a slight edge to perhaps gain the one seat needed, but there are no slam dunks. Otherwise, the GOP has a shot at New Hampshire and maybe Colorado, but they will also have to ward off challenges in North Carolina, Ohio, and Florida.

Keep your popcorn handy, the heat is about to go up in many of these races, and depending on who wins, the turbulent waters of American politics in 2022 may give way to a tsunami in 2024. 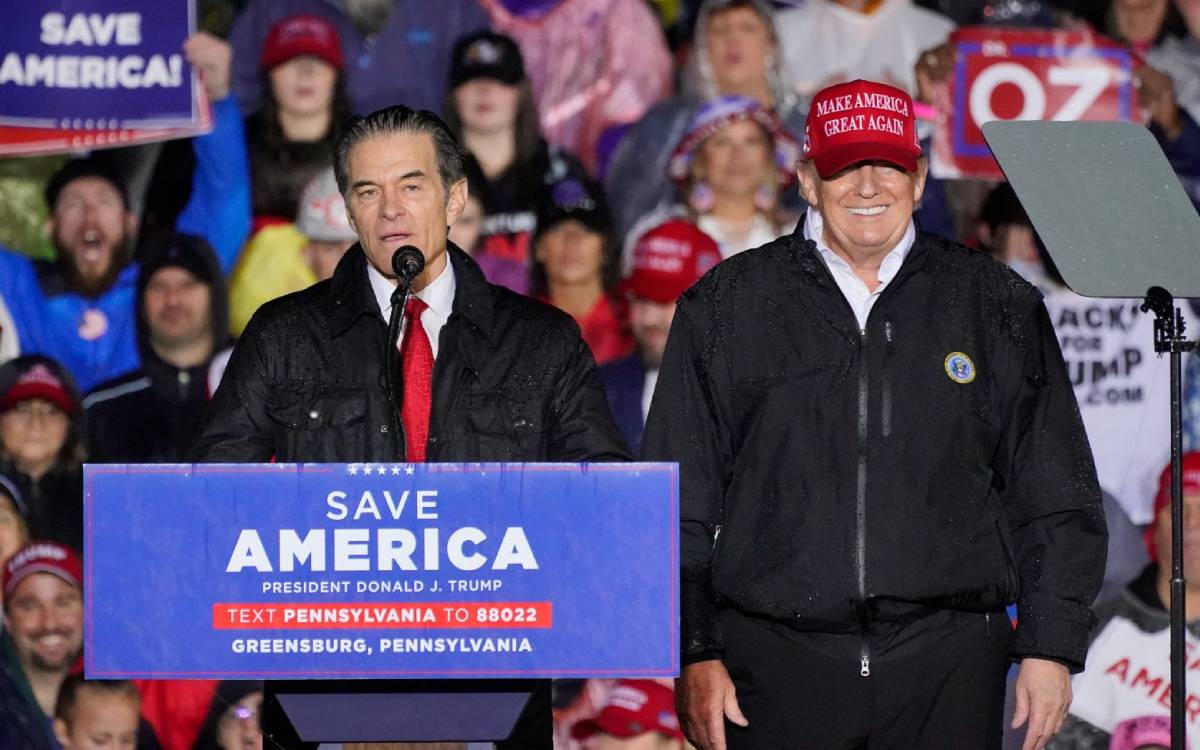