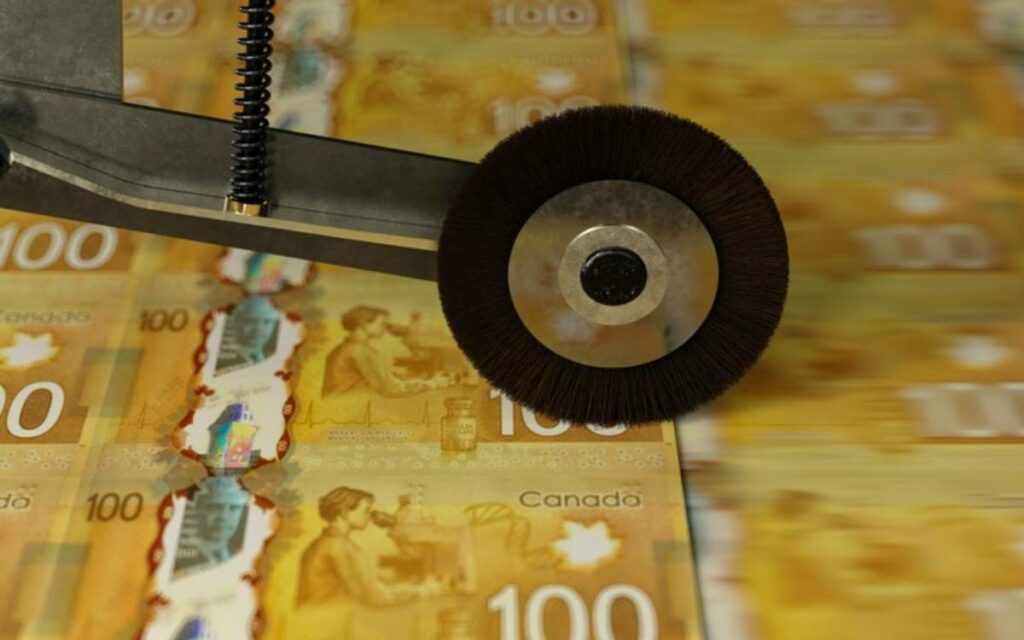 Including governments flooding the economy with surplus cash, there are three main reasons for the mess we find ourselves in, and two strategies that can help us find our way out.

Progressive policy, in its present form, refers to what may be defined as a movement which aims to speak on behalf of ordinary working people through the use of government initiatives. It may be that early 21st century progressivism crested at some point in the last few months. Unfortunately, the dividends of this iteration of Marxism are moral corruption (social policy initiatives) and economic disrepair (financial policy).

Many progressive initiatives are well-intentioned, but that does not make them good policy. In fact, some of the efforts to redefine, reinvent, and reimagine aspects of society could easily be described as crude. However, pocketbook issues of prices, wages, interest rates, and inflation have subtly been eating away at the fabric of our economy and that is the interest of this column.

This situation borders on the absurd. The impact of poor fiscal management now threatens long-term economic hardship. In the near future, we could face a painful recession, a lower standard of living, higher prices, and punitive conditions for first-time and future home buyers.

The most regressive policy of all can be found in declining purchasing power. This cheery phenomenon is created when inflation wipes out or even exceeds wage increases. How did progressives become the authors and perpetrators of such a regressive financial burden on the people it is supposedly so concerned about helping? While not attributing it to ill motives, a case can be made that their happy talk has once again crashed on the shores of reality. As Milton Friedman once stated, “There is nothing more permanent than a temporary government program”.

When COVID began, most countries basically shut down their economies. Through no fault of their own, many businesses got shuttered and people were laid off due to closures. With the exception of limited essential services and businesses, everything came to a complete standstill.

There was a strong case for the government to temporarily fill the gap created by this generational crisis. Unfortunately, too many governments, in North America and elsewhere, identified the opportunity to permanently expand state-sponsored ambitions. Governments championed new initiatives, larger programs, and what some have described as a “reset” or “reimagining” of centuries-old economic models. In reality, it was merely an old theory once again being trotted out as the way to distribute throughout the land a better way of life and an improved sense of equity.

This has proven to be folly in every conceivable way. In the short term, governments could have temporarily subsidized incomes for people who could not work. Instead, leaders have created an environment in which workers collect social benefits that exceed their wages. Labour shortages dramatically increased in prevalence as societies opened up.

Canadian and American administrations doubled down on their efforts during subsequent waves of the pandemic. President Biden took office and quickly affirmed his debt to his progressive caucus with an even greater increase in spending. The influx of this money has produced such great demand in a time of shortages that inflation has now proliferated. The deal between the Canadian Liberals and NDP and the corresponding federal budget presentation has furthered recently established initiatives north of the border regardless of the dismissive analysis of our legacy media, which insists that this new budget is quite restrained.

Our Keynesian friends have tried to assure us this inflation “bump”, so to speak, was short-term. It has become all too clear that it is here to stay. The results will be a recalcitrant recovery and the threat of a recession looms. There are three reasons to explain the mess and two strategies that can help us find our way out.

The outsized response has flooded the economy with surplus cash. It has driven up prices with wages falling behind. People are seeing food prices rise dramatically, energy costs go through the roof, and many items become hard to find.

The aforementioned facts may not trouble the economic elite or politicos. After all, they disproportionately find themselves in recession-proof jobs with platinum benefits and guaranteed pensions. The picture could not be more different for the working-class. If you are an average wage worker/labourer, even reasonably increased earnings do not account for 7 or 8 per cent inflation.

Inflation quickly becomes a tax on the very people these profligate governments claim they want to help. With all due respect, this is the type of aid you receive when the thief merely uses the key under the mat to break in and leaves the window unbroken.

Few would argue a short-term pandemic remedy was needed. However, these high-principled left-of-centre governments have developed a hero-complex. They see the people struggling and believe they have the solution at their fingertips. Their actions can inflict severe harm on individuals and businesses even as they try to justify their remedial policies.

Inflation is often accompanied by another economic calamity: high interest rates. Even with decent employment numbers, interest rates, already going up a quarter-point, will likely rise a full-point by Christmas. As expected, the insulated upper echelon of income earners will not feel the blast nearly as much as the working class. Borrowing money will become harder, paying credit cards will hurt more, and energy costs will continue to be a challenge.

With the Canadian federal government having doubled down on spending in Budget 2022 (the third largest budget in history in 2022 dollars), there is no relief in sight for small businesses or working people. Moreover, the Trudeau government sails full steam ahead into its climate crisis response with no inclination to use the resources below Canada’s surface. This federal government appears to believe that citizens can save money by purchasing a fifty-thousand-dollar electric car, while subsequently decreasing energy costs by a few hundred dollars, annually. Only in high-government circles do these out-of-touch theories gain traction. It is like recommending whiskey as the antidote for a whiskey hangover. In what universe does increasing the poison improve the patient?

Presiding national governments will soon demand tax increases. It will start with the ultra-rich, who happen to be the investors, job creators, and venture capitalists. Progressives will promise that the increased taxes will pay for programs Canadians and Americans need (e.g. pharmacare, dentacare, etc.). In due time, we will learn that Canada actually has many more “rich” people than was once calculated. Soon, the recruitment of middle and working class taxes will be demanded. There will then be an artificial reason for even more government programs to bring relief. From here, the cycle can be placed on autopilot… until someone with a duly earned mandate brings us back into balance.

What to do? Step one is to utilize the abundant resources literally found under our noses in North America. This is not just short-term thinking… it is transitional thinking. Meeting emission targets in the middle of an inflationary bubble and a war involving one of the world’s largest energy producers is not only ill-advised, it looks obtuse. The solution is not the problem.

While the possibilities of green energy are investigated, tested, and improved, we can continue to enjoy reasonable energy costs, and possibly develop cleaner methods for the combustible engine. This is also how we can do our part to cripple this new Axis of Evil currently manifesting itself across the sea.

It is a fairy-tale government that tries to convince its citizens that you can meet standards that have never been achievable, are imprecisely costed, and requires sacrifices inadequately vetted. Moreover, the petro-chemical industry supplies more daily items than most people would even imagine, from airbags to zippers.

Inversely, the government is passing climate legislation mainly given heft by juvenile advocacy. In this case, the emperor, of whatever partisan stripe, has no clothes. In real-town, gas and oil are needed. It is high time our national governments come clean and recognize North American oil as ethical, sensible, and the only alternative for our economic well-being going forward. An ultimate solution may lay in nuclear energy, but that is a topic for another day.

The second recommendation is more painful. Inflation will only be wrung out with increased interest rates. This is something national governments have done to themselves. It is now time, as President Reagan famously ordered in 1982, to step up and pay the piper. Things will be painful for a bit, but the rates will go down. We can anticipate economic growth and create a stable financial future for our children as a reward.

There are many areas where governments will be pushed to invest in the years ahead. Defence, healthcare, education, infrastructure, and the environment are top concerns for Canadians. Doing so requires strong private-sector growth. Simply put, we must generate more wealth if we want to keep pace.