How to campaign without campaigning: Trudeau edition 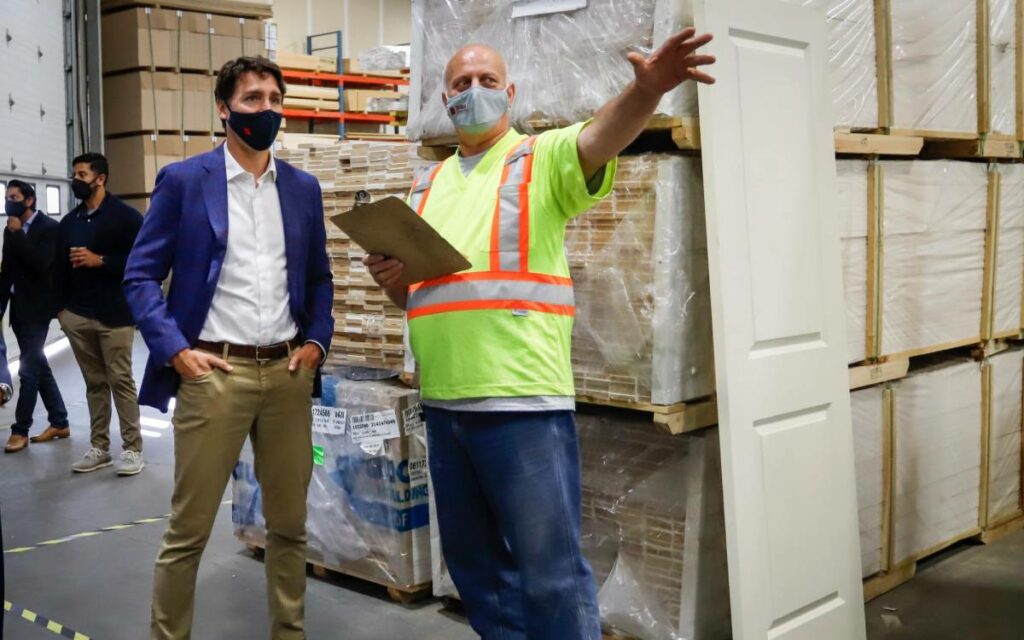 “We are not in election campaign mode,” said Prime Minister Justin Trudeau during a campaign-style announcement with a freshly shaved beard, recently announced governor general, and a lead in the polls.

Trudeau’s recent actions make it difficult to ignore the prospect of a potential election. However, the prime minister is holding his ground and standing firm on the notion that he is in fact not campaigning.

As vaccination rates increase – a fact the Liberals would never want provinces to take credit for, as they repeatedly pat themselves on their backs for it – and restrictions slowly decrease, the prime minister has begun his campaign-style cross-country tour.

Trudeau stopped in Calgary last Wednesday to meet with the mayor and Premier Jason Kenney. This was Trudeau’s first time in Calgary since 2019 – also suspicious. Trudeau began his trip with a visit to AAA Doors Ltd. A carefully chosen selection considering it was a business that had received pandemic-related funding from the federal government.

He then met with Premier Kenney for the first time since the pandemic. Kenney was quick to make a plea on behalf of the travel and tourism sector, mentioning the 800,000 workers impacted by the pandemic. Justin Trudeau rapidly shifted topics and downplayed some of Kenney’s concerns.

Prime Minister Trudeau made sure to make the most of his Alberta visit and cover as much ground as possible. He also met separately with the Calgary mayor Naheed Nenshi and visited Edmonton.

What started as dipping his feet in the campaigning waters, has turned into full pre-writ swimming. Trudeau is trying to secure seats – conveying his message that he cares for Albertans and pledging his support. However, when pressed on concerns over equalization payments, Trudeau was quick to reject the idea that Alberta is not getting a fair deal.

To swiftly shift from acknowledging some of Alberta’s concerns, back to the podium Trudeau returned to make an announcement in hopes of cozying up to Alberta voters. He said his government had signed off on Calgary’s Green Line light-rail transit expansion, a $5.5 billion transit plan with construction beginning this fall.

Trudeau dodged all election-related questions, saying “It [the investments] shows we are getting things done,” said Trudeau. “Everyone knows this past year has been very difficult, and we’ve been really focused on supporting people through this pandemic, but at the same time, we’ve been working on how to rebuild our economy better.”

In other press conferences, journalists jumped at the opportunity to question Trudeau on whether he was campaigning and if Canadians should expect an election this summer. Trudeau gave a vague response and said that Canadians should be focused on the progress that their leaders are making today.

In-the-closet campaigning is not new in politics, but during a pandemic, Canadians have bigger things on their minds.

Let’s not forget the announcement Trudeau made in Sault Ste. Marie, where he gave a steel plant up to $420 million to phase out coal-fired steelmaking. He stood alongside François Phillippe Champagne, the Minister of Innovation, Science and Industry to make this announcement, promising to make Algoma Steel the “greenest” flat-rolled steel producer in Canada.

Additionally, many funding announcements were recently made in key ridings such as Trois-Rivière, Burnaby, and Waterloo. What a coincidence.

Opposition leaders are forced to follow suit and do the same. This week we saw Erin O’Toole pick up his luggage and head on out to Western Canada, what’s the difference? The difference is that in a minority parliament, Justin Trudeau can head to the governor general at any point and dissolve parliament to call an election. This is a huge advantage for the Liberals because they’re setting the agenda – even if they continue to deny it. Don’t forget that Inuk leader and former ambassador Mary Simon has recently been appointed as the new governor general, how timely.

Everyone is looking at the PM now and thinking, “will he wear a ‘Vote Trudeau’ pin in his next media outing?”