How to stop the so-called “War on Christmas” 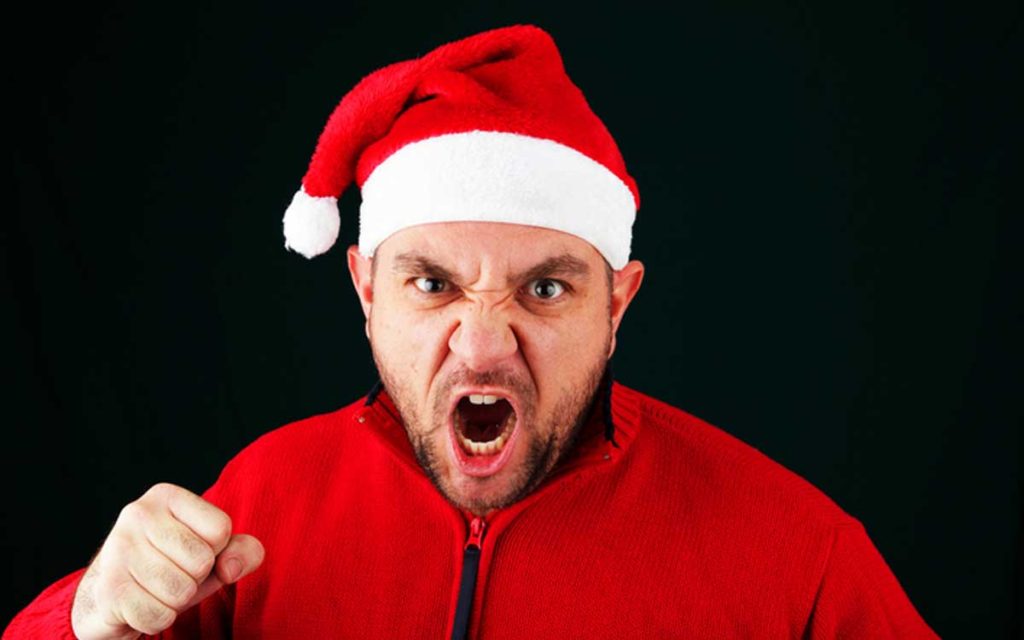 Since the turn of the millennium few celebrations have been subjected to the eye-rolling lunacy of political correctness quite like Christmas.

From the clumsy editing of classic carols, to the unceremonious swapping of traditional salutations for generic greetings, various efforts have been made to make the holiday season more “inclusive”.

Secularists, non-Christian religious groups, and ultra-progressive political factions have all taken their respective shots in the so-called “War on Christmas”.

However, despite the perceived verve and fury of its critics, the December celebration has managed to more or less elude radical alteration.

Much ado is made about fewer nativity scenes in shopping malls and radio hosts wishing their listeners a “Happy Holidays”, but Christmas, for all intents and purposes, is still Christmas.

If the majority of consumers in Canada and the U.S. favoured some feigned sense of inclusivity over tradition these retailers would have permanently nixed any mention of Christmas long ago.

What is more, according to a 2017 study out of Monmouth University, when greeting others around the holiday season 67 per cent of Americans still say “Merry Christmas”. Only 25 per cent say “Happy Holidays” (with the remaining eight per cent using another cultural salutation or no holiday greeting at all).

It seems that the War on Christmas has either been wholly ineffective, or its influence and ubiquity overblown.

The modern theory of a concerted effort to erase Christmas from the public sphere (particularly, its Christian elements) was initially contrived by the highly-controversial conservative author Peter Brimelow.

On his then newly launched blog site in December 2000, Brimelow wrote: “Before The Purge at National Review, I had persuaded Editor John O’Sullivan to run an annual competition for the most egregious attempt to suppress Christmas. I gather it’s been abandoned now…But the War Against Christmas rages on, part of the struggle to abolish America.”

Brimelow’s mention of a “War Against Christmas” (the “against” later morphed into “on”) 18 years ago appears to be, according to Snopes.com, the first spark in what would become a wildfire of conspiracy.

Picked up and popularized by conservative pundits like Bill O’Reilly and Sean Hannity, the War on Christmas theory reached its apex between 2004 and 2006. With the power of American cable and evangelical preachers like Jerry Falwell behind it, the movement managed to incite boycotts, produce books, and create innumerable Christmas crusaders.

Although the belief in a large-scale nefarious plot to destroy the Yuletide season has cooled since the mid-2000s, the intermittent meddling of local Scrooges, social justice warriors, and militant atheists — launching lawsuits and posting billboards — keeps the theory alive.

Whenever one of these groups takes a superficial potshot at Christmas, conservatives and Christians sound a Quixotic call to arms and proceed to tilt at windmills.

And it doesn’t help that U.S. President Donald Trump continues to give credence to the conspiracy every December.

On Christmas Eve last year, President Trump tweeted: “People are proud to be saying Merry Christmas again. I am proud to have led the charge against the assault of our cherished and beautiful phrase. MERRY CHRISTMAS!!!!!”

The president’s enthusiasm is admirable (and entertaining), but unnecessary.

The vast majority of people were never ashamed to say Merry Christmas. The alleged “assault” on the holiday never required counteraction. And neither the occasional complaint from the typical torch-and-pitchfork crowd, or the choice of a retailer to communicate more broadly around the holidays, can be defined as a continent-wide campaign to erase Christmas.

People are, and always have been, free to say whatever they want and celebrate however they choose.

Thus, there is only one surefire way to end the War on Christmas.

Stop believing in it.