How Trudeau’s censorship law will impact you 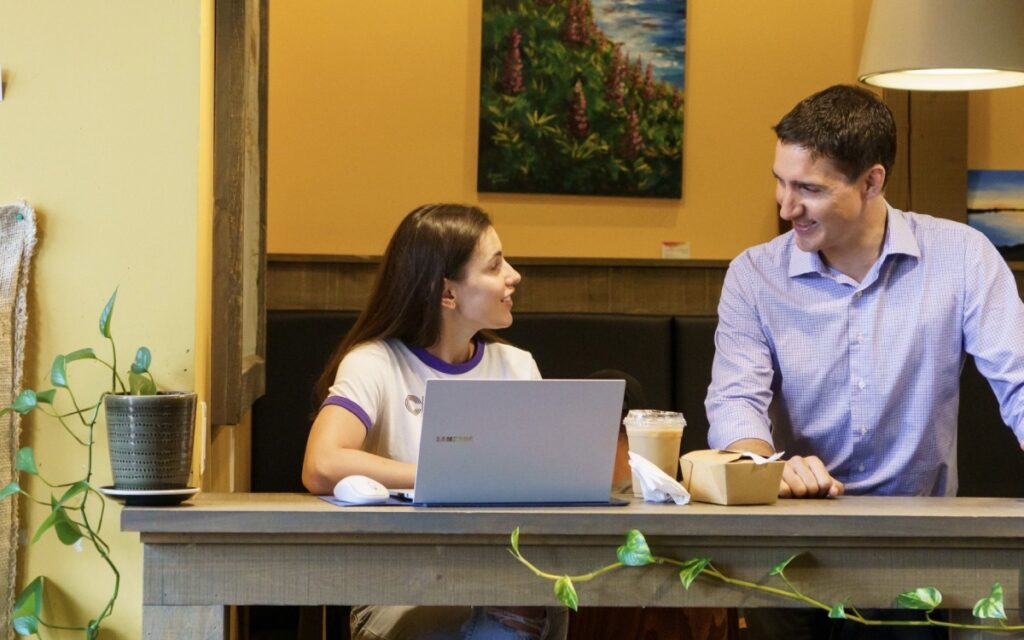 Bill C-11 would hand the CRTC, a government agency, the power to control what Canadians are exposed to online through filtering our news and streaming feeds. Photo credit: Twitter/Justin Trudeau

Prime Minister Justin Trudeau is taking Canada on a headfirst dive toward government censorship, with the Senate the only obstacle standing between Canadians and the vast ocean of government control.

As Trudeau’s censorship law makes its way to the Senate, the stakes are high.

Calling Bill C-11 a censorship bill is not hyperbolae.

“Bill C-11 would give the CRTC the power to set conditions demoting or applying warning labels to content it considers contrary to Broadcasting Act objectives, which are so broad as to cover a wide range of lawful content,” wrote Dr. Michael Geist, of the University of Ottawa, who has warned that Bill C-11 would see government bureaucrats “force-feed” Canadian content.

Bill C-11 would hand the CRTC, a government agency, the power to control what Canadians are exposed to online through filtering our news and streaming feeds on apps like Netflix and TikTok.

For now, the government says bureaucrats would only use their new censorship powers to try to promote Canadian content, thereby burying non-Canadian content.

But Bill C-11 gives the government the tools to filter online content on any basis, not just whether something counts as “Canadian.”

The Trudeau government is simply saying bureaucrats won’t use the full power handed to them. At least for now.

Canadians should trust that as much as they trust a gambling addict at a casino.

To some, Bill C-11 might seem abstract, but Canadians need to pay attention.

There are a few ways that this legislation, if signed into law, could impact Canadians almost immediately.

Do you like to watch shows or films on Netflix on date night?

It turns out Bill C-11 will make some Canadian content harder, not easier, to find. That’s because the CRTC uses a very outdated means of deciding what counts as Canadian. Rather than focusing on content, the CRTC focuses on things like the production process.

Because of the outdated rules, Bill C-11 would make it harder for viewers to watch content that should be considered Canadian but isn’t, such as the series based on Canadian author Margaret Atwood’s Handmaid’s Tale.

Under the same outdated rules, non-Canadian content could become easier to see. A biopic of former U.S. president Donald Trump, called “Gotta Love Trump,” is currently considered to be Canadian.

Because the CRTC is stuck in the stone age, Bill C-11 could make it harder, not easier, to access Canadian content.

If you have a favourite show in India or South Korea, for example, your ability to watch that show may very well be impacted by Bill C-11.

Bill C-11 would force foreign content providers to follow all kinds of new rules and regulations in order to enter the Canadian market.

That’s why you haven’t been able to keep up with the Kardashians lately.

If you have a YouTube channel that has original Canadian content, Bill C-11 could actually hurt your ability to attract viewers from outside of Canada.

YouTube would be forced by the CRTC to promote your channel to people who aren’t even interested in your particular content simply because it counts as “Canadian.”

Again, this could hurt small-time creators more that it could help.

Canadian creators could be in for a world of hurt.

The bottom line is that Bill C-11 is bad news for Canadians, creators and consumers alike.

If you don’t want the government messing with your streaming feeds, your ability to watch content from abroad or your ability to promote your Canadian content outside of Canada, you have a stake in this fight.

Jay Goldberg is the Ontario Director and Interim Atlantic Director of the Canadian Taxpayers Federation (CTF). This article first appeared on the CTF website on Sept. 16, 2022. Reprinted here with permission.