‘I can’t make a promise one way or the other’: Hirji hints he may hold Niagara back once province reopens next week 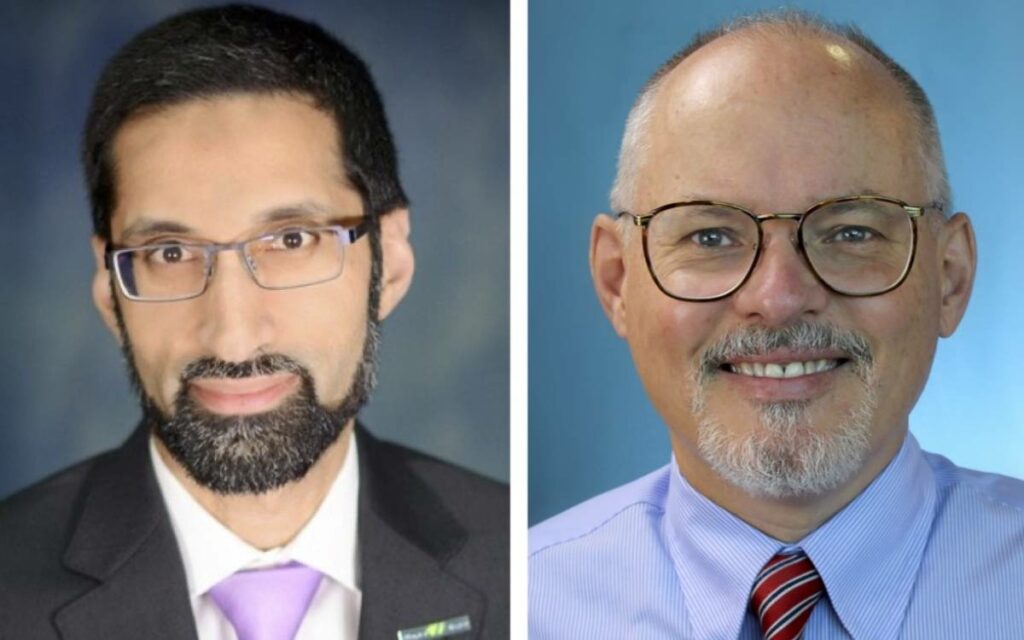 On Tuesday, Mar. 1, the Ontario government intends to enter its next phase of reopening by lifting all remaining indoor capacity limits and folding the provincial vaccine passport system.

However, Niagara’s acting medical officer of health Dr. Mustafa Hirji may, once again, prevent the region from reopening at pace with the rest of the province.

When fielding questions from council members at last Thursday’s regional council meeting, Hirji was asked point blank by Mayor of Wainfleet Kevin Gibson if he would follow the province’s timeline for easing restrictions and allow Niagara to further reopen next Tuesday.

After reminding council that he would be “well in alignment with what the province wants” should he assess the local landscape and decide to hold Niagara back, Hirji refused to commit to following the provincial schedule for easing public health measures.

“We are approaching a new milestone on March 1, when many rules are going to change. We’ll see the exact details of what the province puts out next (this) week and we’re going to make assessments of whether or not these orders or letters of instruction will remain in place, will be modified, and what the decision is going to be going forward,” said Hirji.

“Without seeing what the details of what the province is going to have and being able to go through that full assessment I can’t make a promise one way or the other.”

Hirji, who has more than once advised or implemented measures over and above provincial directives, was chided by several councillors for both his obfuscation during questioning and errant decision-making throughout the pandemic.

“I’m getting a lot of resistance (from residents), a lot of people confused and very upset about us diverging from the provincial direction,” said Mayor of Niagara Falls Jim Diodati. “And I’m getting frustrated when councillors ask real direct questions and they’re not getting direct answers.”

Earlier in the meeting, Mayor of Lincoln Sandra Easton asked Hirji, in effect, what makes Niagara so special.

“I continue to not understand why it is necessary for us to have one set of rules at the province and a modified set of rules for Niagara,” said Easton. “What is it about public health in Niagara that requires special consideration?”

Like he did with Wainfleet’s mayor, Hirji reminded Lincoln’s head of council that the province gives him the power to assess the local situation and make a contextually based decision.

However, as he has repeatedly failed to do throughout the past two years, Hirji neglected to cite any specifics regarding what would make or makes the region particularly vulnerable.

“What I think the provincial government has recognized is that Ontario is a large and diverse place,” said Hirji.

Last month, Hirji drew the ire of residents and public officials, including Ontario’s chief medical officer of health Dr. Kieran Moore, when he advised local school boards to, amongst other things, continue to dismiss entire cohorts of students for seven days following a test-confirmed COVID-19 infection, a measure no longer used anywhere else in the country.

“You are aware that Niagara is the only jurisdiction in Ontario or Canada to continue this practice in the face of the increased transmissibility of the Omicron variant,” wrote Moore in a leaked letter to Hirji, “and that the negative consequences of school dismissal and closure are significant to the mental, physical, social and educational wellbeing of children and youth.”

In a statement following the incident Hirji said, “Public Health is building on the solid foundation set by the province with some additional local measures that reflect our local context and the local patterns of spread we have seen in schools.”

When asked by The Niagara Independent at the time if Hirji could expand on what specifically made the region unique enough to necessitate the elevated measures, Niagara Public Health did not respond.

Seeking clarity on what, if anything, council could do if Hirji were to in fact stop Niagara from proceeding to the next phase of provincial reopening, regional councillor from Welland Leanna Villella asked, “Do we as a council have any authority over that, any say? Is there a vote it can go to?”

CAO Ron Tripp, citing existing legislation, said any order would be the “singular or sole discretion of the medical officer of health”, thus council would not have any say in the matter whatsoever.