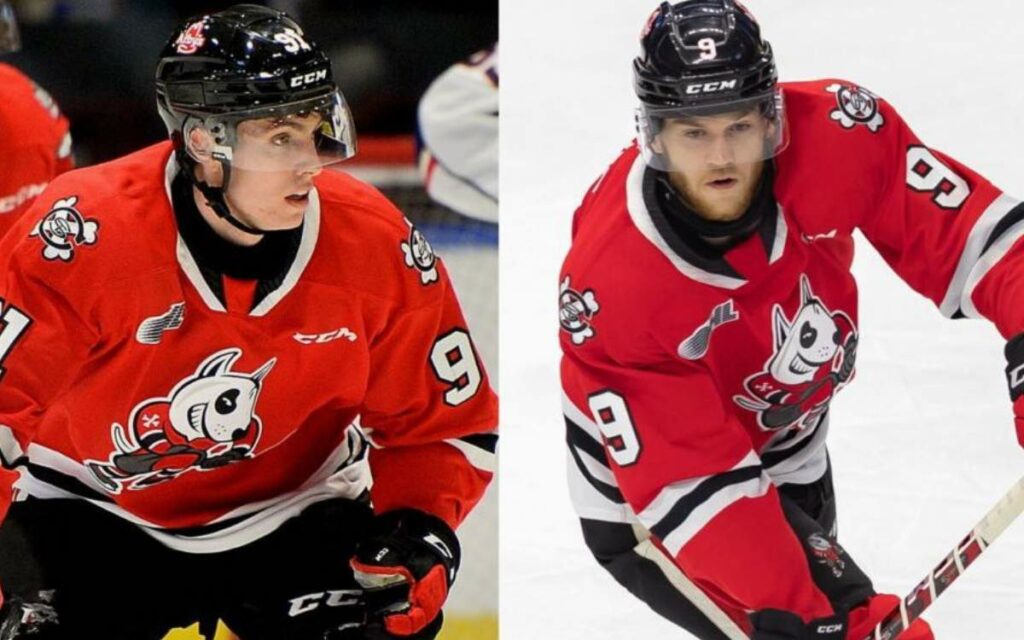 DaDobbelaer has made what is most likely an unprecedented 25 trades in seven months since taking over ownership of the club in July of last year.

On Tuesday of this week, the IceDogs acquired forward Alex Assadourian from the Sudbury Wolves in exchange for a second and third round draft pick in 2026.

Meantime, since all the moves were made and part of its leadership group were traded away, the IceDogs had to reissue letters to newly named assistant captains Daniel Michaud and Gerard Keane.

“Both Michaud and Keane have been doing the right things on and off the ice every day”, said IceDogs Head Coach Ryan Kuwabara.

“As a staff, we felt it was time to finish naming our captains for our push for the playoffs and will look to them to bring energy and leadership to the team”.

Michaud, a centreman and Burlington, Ontario native, now leads the team in scoring with 12 goals and 22 points in 31 games this season.

Gerard Keane, who hails from just outside Chicago, Illinois, was acquired from the London Knights earlier this season and has three goals and 14 points in 27 games as an overage defenseman.

Keane also has the most playoff experience from his time with London, and took part in the NHL Arizona Coyotes rookie tournament last summer.

Michaud and Keane join teammates Nathan Ribau (A) and Landon Cato (C) on the team’s leadership group for the remainder of the 2022-23 season.

Speaking of the playoffs, the IceDogs will have to pick up their play over the final 34 games of the regular season to qualify for the postseason.

Sitting at the exact halfway mark, Niagara sports an (8-20-6) record – eight points back of ninth place Oshawa and 10 behind the Sudbury Wolves who currently hold down the eighth and final playoff spot in the OHL Eastern Conference.

A better product on the ice, and placement in the standings, will only help with the IceDogs bid for the 2024 Memorial Cup.

Niagara, along with the Kingston Frontenacs, Saginaw Spirit, and Soo Greyhounds must submit their official bids for the event by the January 31 deadline, with the winning bid announced in March of this year.