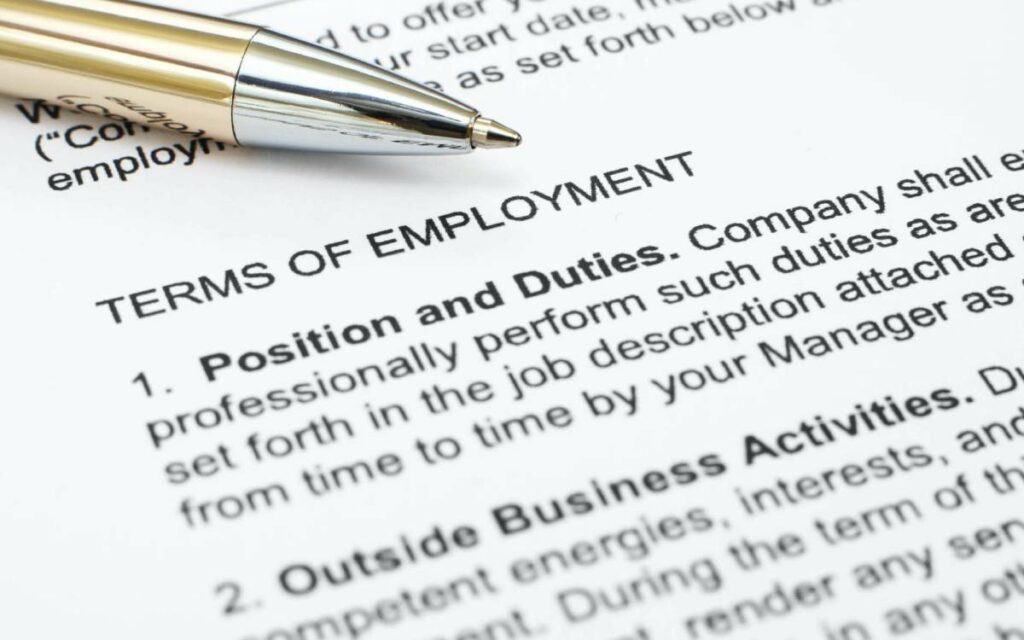 Employers must not solely rely on the self-interested decision making of their insurance companies when making very important employment decisions. One such decision is when the employment contract is “frustrated”.

After a five-week trial in the Ontario Superior Court case of Baker v. Blue Cross, on Jun. 24, 2022 a Toronto jury granted the largest punitive damage award on record to an individual plaintiff in Canada: $1.5 million. In addition, reinstatement of LTD benefits and $40,000 in aggravated damages for mental distress was awarded.

Happily, as it turns out for awardee Sara Baker, Blue Cross blocked her motion to strike the jury notice and have her case determined by a Judge alone. Ms. Baker sought the same given court delays caused by the pandemic. In arguing against the motion, Blue Cross argued that a jury trial was essential to its “strategy for the defence of this action” based on “the surveillance reports and videotapes”, which ended up being irrelevant as it did not show Ms. Baker engaged in any activities inconsistent with her injury symptoms.  Such surveillance involved 375 hours of covert surveillance.

Initially after her disabling brain injury caused by a brain bleed/stroke in 2013 at the age of 47, Blue Cross paid Ms. Baker her long-term disability (“LTD”) benefit entitlements when she could not return to her pre-disability position as a hospital director. Ms. Baker had paid into this benefit through her employer since 2002.

Blue Cross, despite Ms. Baker’s treating physicians’ advice that her injury symptoms (e.g., intractable headaches, cognitive impairment, and mental fatigue) continued to make her totally disabled from performing any occupation, unilaterally determined three years after her stroke in 2016 that Ms. Baker could return to work in an alternate occupation (i.e., not her pre-disability occupation as a director) that would provide her earnings of at least 60 per cent of her pre-disability earnings. Thereafter for longer than six years Blue Cross denied Ms. Baker her LTD benefits. In 2019, Ms. Baker brought this claim for reinstituting her LTD benefits.

Blue Cross’s heavy-handed and callous approach to this case, including the existence of such excessive and irrelevant surveillance and its refusal to consider available medical and vocational evidence, including of its own medical experts, were relied on by Ms. Baker as grounds for a finding that Blue Cross breached its duty of good faith towards her as well as caused her mental distress. The jury agreed.

This case appears to be a reboot of the 2002 Supreme Court of Canada (“SCC”) decision in Whiten v. Pilot Insurance Co., that also involved the denial of insurance coverage and bad faith dealing by an insurance company. Therein the insurance company denied further insurance coverage to that which they initially paid out, contrary to the opinions of the Fire Chief and their own experts, claiming that the Whitens’ intentionally set fire to their own home. The SCC reinstated the jury’s $1 million award holding:

“The jury decided a powerful message of denunciation, retribution and deterrence had to be sent to the respondent and they sent it. The obligation of good faith dealing means that the appellant’s peace of mind should have been the respondent’s objective, and her vulnerability ought not to have been aggravated as a negotiating tactic.”

Why are these decisions important to employers?

In addition to reinforcing the importance of good faith and fair dealing between contractual parties as discussed in my previous articles, employers must not solely rely on the self-interested decision making of their insurance companies when making very important employment decisions. One such decision is when the employment contract is “frustrated”.

Frustration of the employment contract establishes “just cause” under the common law for the termination of an employee’s employment. Just cause disentitles employees to reasonable notice.

Just cause under the common law does not equate to disentitlement from minimum entitlements under the Ontario Employment Standards Act, 2000 and its regulations (collectively the “ESA”) as reinforced by the Rule in Waksdale.

Of note, an exception has expressly been carved out of the language in the regulation to the ESA that disentitles employees to termination and/or severance pay where their contract of employment “has become impossible to perform or has been frustrated by a fortuitous or unforeseeable event or circumstance”. The exception provides that such disentitlement does not apply “if the impossibility or frustration is the result of an illness or injury suffered by the employee”.

Many employers have simply relied on their insurance companies’ interpretation of the medical information available and paid out their employees’ minimum entitlements under the ESA to their detriment.

Employers cannot un-ring the bell of such reliance and the premature termination of their employees’ employment without dotting their “i”s and crossing their “t”s with sufficient information that a frustration actually exists, amounting to bad faith and unfair dealing.

Employers must satisfy themselves with sufficient information to discharge their obligations of good faith and fair dealing – otherwise they likely will be similarly liable for aggravated and/or punitive damage awards to their former employees.