In CUPE dispute, Ford government doing precisely what it was elected to do 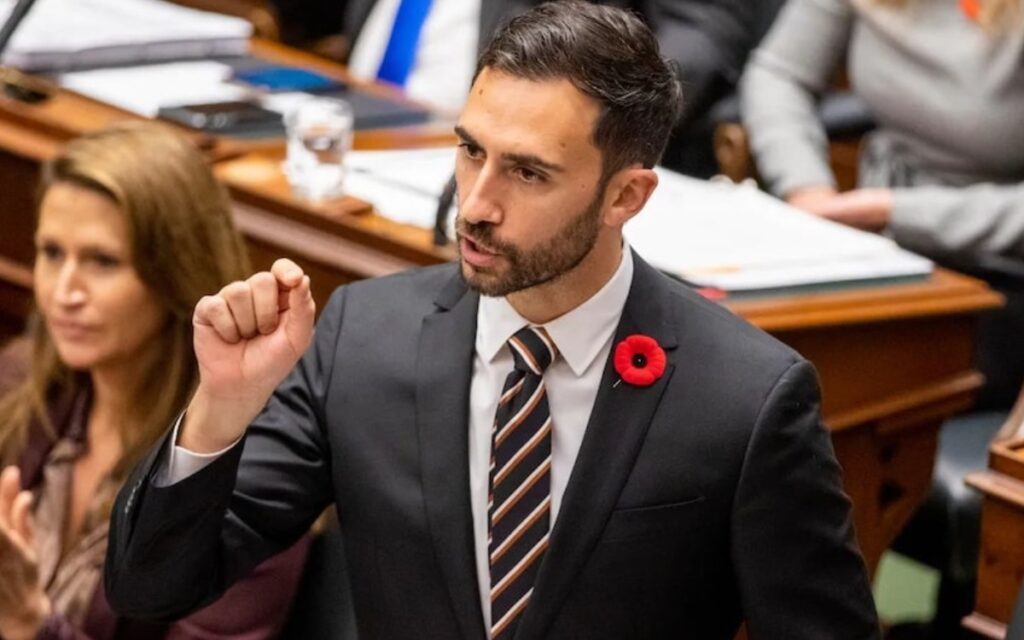 Premier Ford’s government was just given another majority mandate by Ontarians to do exactly what it is currently doing in ongoing dispute with CUPE: look out for the public interest by way of keeping kids in school and protecting taxpayer money during tumultuous economic times. Pictured is Education Minister Stephen Lecce. Photo credit: CBC/Carlos Osorio

We’ve heard an awful lot of media hype these past few days about the rights of the 55,000 CUPE education workers who walked off their jobs Friday last week and Monday, defying government legislation to keep them in schools.

What we are not hearing is enough recognition of another right – the right of our children to get a good education.

Two years of school disruptions due to the COVID pandemic have done their damage. Provincial tests show students’ skills have slipped badly and there are indications of increased mental health problems as they struggle to recover.

In last spring’s election, Ontario Premier Doug Ford and his Education Minister Stephen Lecce promised that they would do everything in their power to keep kids in the classroom. Parents agreed and helped re-elect Ford with a renewed majority government.

So, is it any surprise that the government would be prepared to be tough on anything that threatened to disrupt children’s education again?

Unfortunately, CUPE didn’t get the message.

Their initial ask at the bargaining table was for an annual 11 per cent wage increase over three years, in addition to additional benefit enhancements. All in, it would have meant a 50 per cent increase in compensation. Are you getting that kind of raise? Didn’t think so.

For some context, Statistics Canada reports that the national average wage settlement so far this year is about 1.8 per cent.  And CUPE itself has signed other deals for its members that average around 1.9 per cent a year.

It is also important to keep in mind that this particular group of CUPE educational workers already make more an hour than the average educational worker according to Statistics Canada – $26.00 an hour as compared to $25.00 – and have one of the best benefit and pension packages in Canada.

But that didn’t stop CUPE from charging ahead with a threatened strike. The government responded with back-to-work legislation to try and keep schools open.

Back-to-work laws have been a common response from governments when they need to protect a broader public interest. But this time it is different.

The Supreme Court of Canada decided in 2015 that the Canadian Constitution’s protection of freedom of association, now included the right to strike. In other words, the unelected court decided to “write-in” new rights that were never included in a document created and approved by duly elected governments.

To prevent this from happening again, Premier Ford used the Constitution’s “notwithstanding” clause, which in effect, exempted his back-to-work legislation from being challenged by the union. It is a highly controversial move, and the government is getting much criticism for doing so.

But think about what this means. In the private sector, labour relations are usually finely balanced – unions fight for the interests of their members (that is their job) but they know that if they push too hard, their employer may go out of business. There is no such discipline in the public sector where the taxpayer’s pocket is considered bottomless by most public sector unions.

Bargaining should be a delicate balance between employees and employers. A deal negotiated at the table is usually better than one that is not. But when a union can hold our children hostage until its demands are met, how should the government respond?

Also keep in mind that after CUPE’s contract come negotiations with the four teacher unions who will be expecting increases at least as large as what CUPE receives.

Some critics argue that the government should have tried to go to arbitration. Perhaps. But public sector arbitration settlements have proved to be even more unfair to taxpayers.

Many past provincial governments have looked at reforming the education bargaining process but have backed away from doing so in fear of even worse controversies. So here we are.

Who looks out for the public interest, in this case our children’s right to an education? Or the fairness of asking taxpayers who do not benefit from similar compensation increases to pay for them for others in the public sector? What about their rights?

We elect governments to protect the public interest and to be accountable for doing so. And that is what Premier Ford and his Education Minster are trying to do.