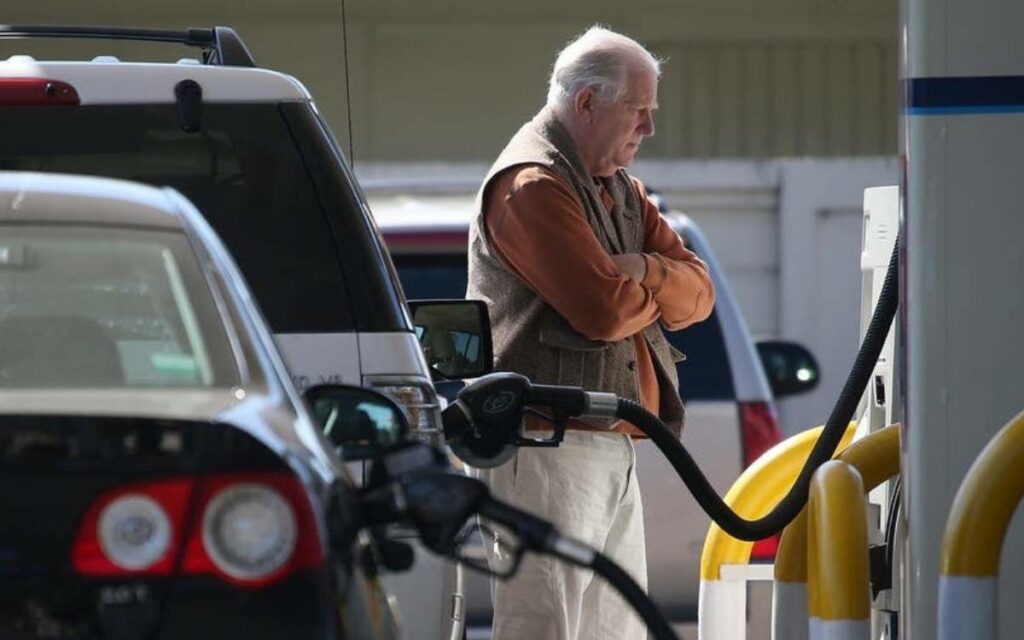 Rise in the CPI decelerated to 7.6 per cent in July. Gas prices fell considerably across the country on a month-over-month basis, dipping most precipitously in Ontario where the Ford government temporarily lowered the provincial gas tax. Though Bank of Canada officials acknowledged inflation likely peaked in June, the central bank said it intends to continue rate hikes, as likelihood of recession grows. Photo credit: Getty Images via Forbes

On Tuesday, the federal government revealed Canada’s Consumer Price Index (CPI) rose 7.6 per cent on a year-over-year basis in July, down 0.5 per cent from June’s 8.1 per cent gain.

According to Statistics Canada, the “deceleration was a result of slower year-over-year growth in gasoline prices.”

Excluding gas, the CPI rose 6.6 per cent year-over-year last month, an increase of 0.1 per cent from June, “as upward pressure on prices remained broad-based.”

Rising gas prices decelerated considerably on a year-over-year basis in July versus June, falling from 54.6 per cent to 35.6 per cent, the largest monthly decline since April 2020.

Ongoing concerns regarding an economic downturn, “as well as increased COVID-19 pandemic public health restrictions in China and slowing demand for gasoline in the United States led to lower worldwide demand for crude oil, putting downward pressure on prices at the pump.”

Per Statistics Canada, at -12.2 per cent, prices fell most precipitously in Ontario on a monthly basis, where the Ford government reduced the provincial gas tax.

Despite claiming peak inflation is now likely behind us, Bank of Canada governor Tiff Macklem said the country’s central bank will continue to act assertively in order to “cool things down”.

“To tame inflation, we need to bring overall demand in the economy into better balance with supply,” Macklem wrote in an opinion piece for the National Post this week.

“Our goal is to cool the economy enough to get inflation back to the two per cent target. We don’t want to choke off demand — we want to slow its growth. That’s what we call a soft landing.”

The Bank of Canada has been raising interest rates since March of this year, taking the unusually aggressive step of hiking the policy interest rate a full percentage point last month.

Countless analysts, including economics professor and former assistant chief economist at the central bank Jean-Paul Lam, have warned that Macklem’s tactics are futile at this stage in the game. The probability of a global recession next year continues to rise by the day.