Is Canada on the same slippery slope? 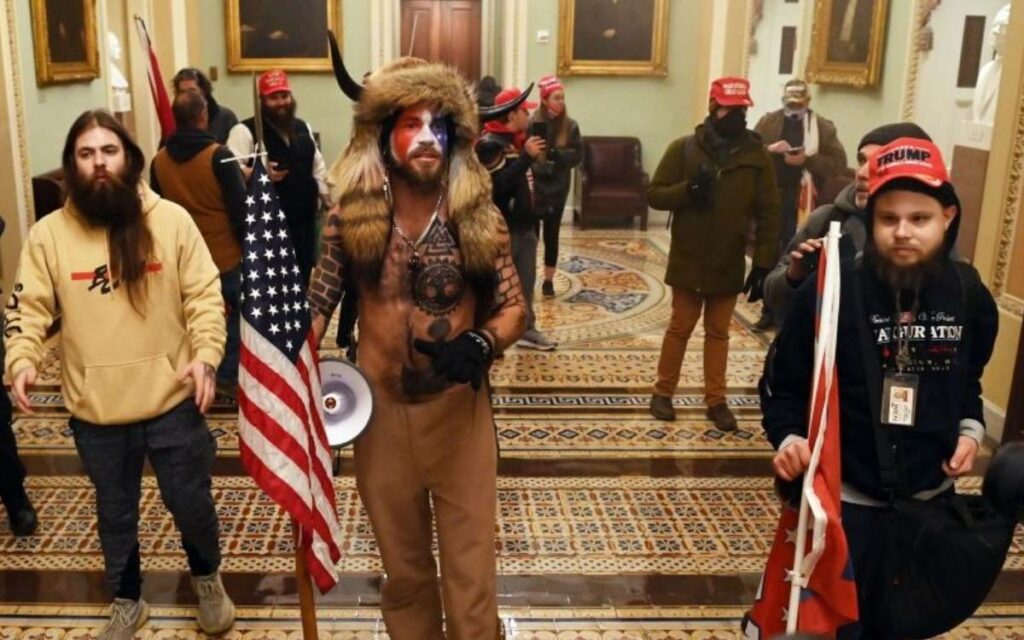 Sometime mid-Afternoon Wednesday my phone began blowing up with texts of “Are you watching this?” streaming across my device.

So I pivoted from the desk in my home office to my TV and quickly turned on the sound as CTV News showed images of people storming the US Capitol buildings. Another series of texts streamed across my phone with, “Can you believe this is happening?”

My response was simply, “yes.”

Outgoing US president Donald Trump had been falsely contesting the result of the 2020 election for 64 days and the more lunatic of his fringe had decided to riot. Media pundits (not all but some) said nobody could have seen this coming. I asked myself, really?

Go back four more years and you have Republicans claiming their President wasn’t born in the United States and therefore he was illegitimate.

Go back even further and there were stories Al Gore won the 2000 election if not for a bunch of hanging chads. Basically, Florida was a fraudulent vote, something still claimed by many, although the election was certified just as the Joe Biden win was certified yesterday.

Basically going back as far as Bill Clinton every single US presidential election has been contested as being a fraud.

Even in the case of Mr. Clinton they challenged his legitimacy because he, “did not have sex with that woman.”

The point of this is something that Barrack Obama said, though he was pilloried for saying it, and that is America is becoming too partisan. He was right. The US has become so divided it is impossible to run an election and have both parties agree on the outcome.

A symbol of what s the first and most successful democratic country, a peaceful transition of power, is no longer.

No, we didn’t expect someone to drop acid, think they were going to Burning Man festival and end up at the speaker’s podium to be the photo of the year. But a degradation of the fundamentals of democracy has been happening for at least two decades and neither side wants to fix it.

I say neither side wants to fix the problem because this is only a problem you can fix while you are in power. For years now neither side has shown any inclination of listening to their opponents.

In Canada we pop some popcorn, grab a Soda Stream, turn on the news and watch as America burns. We do it for these riots, the race riots and every time our neighbours, closest allies and largest trading partner begins to implode.

We do it laughing, feigning disgust and thanking Sir Isaac Brock and Tecumseh for their work in beating back the Yankees in 1812.

But here is the thing, the slippery slope the US was on 25 years ago, well Canada is on that same slippery slope. At present we have a government in Ottawa that threatened an election, as the country was about to go into the second wave of a pandemic, because they did not want parliamentary scrutiny.

In Western Canada I see it everyday, the bumper stickers exclaiming “let the eastern bastards freeze in the dark” and “F*** Trudeau.” Quebec refuses to let western Canadian oil flow to their province, yet has no problem getting it from Saudi Arabia, Russia, Venezuela and Texas.

In fact our country has never been so divided to the point that we have two separatist parties fixed to run in the next election. We have Aboriginal groups protesting that the federal government can change a name on a building and think it’s reconciliation, but not give them access to clean drinking water.

We have a new tax being levied on everything we purchase in the midst of a pandemic. A pandemic that will bankrupt more Canadians than the great depression.

We have politicians like St. Catharines MP Chris Bittle who thinks his job is to only represent the one-third of the people who voted for him and likes to take to Twitter to bash lower levels of government. A lower level of government mind you, that is working hand-in-hand with his Deputy Leader and Finance Minister. Then he gets on the radio to brag about his rants saying he likes to speak his mind on social media. Ya Chris, so does Donald Trump.

Canada is on a partisan slippery slope and the way we are being told to fix it is if you are on the bottom you should be nicer to the bullies. The fact is the only way we are not going to tumble into the pit that our southern neighbours are in is by working together.

You don’t have to agree, in fact agreement is detrimental to the process, but there needs to be collaboration.

Here is an example, the Niagara border.  Canada has been running pilot programs to ease international travel for months. Even at land borders like Coutts in Alberta.

Everyone in the Niagara region is dependent on the border. What is the plan to use all the tools at our disposal including rapid testing and vaccines to allow for the border to reopen in six to eight months?

Instead of going on the radio or Twitter to spar, perhaps the Liberal from St. Catharines and the Conservative from Niagara Falls can figure that out. It would be best for all their constituents.

We wear Buffalo hats and horns around the Niagara Peninsula too. We don’t put them on to storm a Capitol Building, we wear them for Bills Mafia, let’s work together to keep it that way.