Is it time to move Ottawa out of Ottawa? 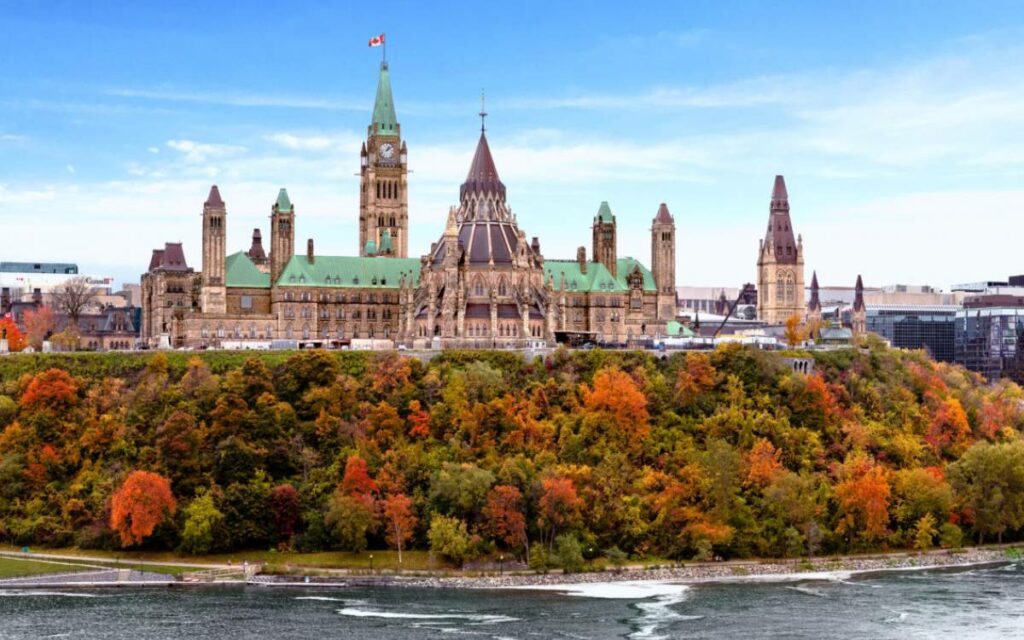 The COVID-19 pandemic resulted in much of the federal public service shifting to remote work. Ottawa invested in telecommunications and found new ways for employees to work effectively from far-flung locations.

The transition was sufficiently successful that the federal government is considering continuing some remote work, possibly reducing its office rental spaces.

The centralization of federal jobs

Canada has more than 300,000 federal employees, with over 230,000 in core public administration (CPA) and just under 70,000 employed in separate agencies like the Canada Revenue Agency.

The proportion of agency jobs concentrated in the National Capital Region, which includes Ottawa-Gatineau and surrounding areas, has declined since 2016. The opposite is seen with CPA jobs. The concentration of CPA employees was only 33 per cent in 1995, but was up to 46 per cent in 2020.

Most CPA workers are skilled knowledge workers. These are good jobs. It is time for more federal jobs, including CPA jobs, to decentralize.

The case for decentralization

Decentralization also distributes the economic benefits of the public sector across the country. According to one 2019 British study, “the arrival of 10 civil service jobs in an area spurs the creation of about 11 jobs in the private sector,” including professional service jobs like law and consulting.

Most importantly, it gives federal governments more ability to directly engage with communities. Regional voices within government increase as career opportunities are more accessible to qualified people nationally. Advocacy and community groups across the country enjoy a more level playing field to engage in the policy process.

This increased geographic diversity of voices working within and connecting with government can result in improved strategic policy advice.

Now is the perfect time to make a serious effort to decentralize Canada’s federal jobs.

The COVID-19 remote work experience demonstrates the remarkable potential of technology to overcome distance. We have learned how efficiently we can use technology to reduce unnecessary travel and connect easily across the country. We must use the disruption of the pandemic to rethink what jobs and services need to be in Ottawa at all.

We can expect growing calls for this in Canada’s economic recovery, particularly from Alberta. Just before the COVID-19 shutdown, four MPs identified the centralization of federal headquarters as an example of systemic unfairness towards Alberta. A few months later, Alberta’s Fair Deal Panel recommended western premiers request “a distribution map of federal civil servants across Canada and a list of federal government agencies and decision-making bodies that can be recommended for relocation to Western Canada.”

Recent surveys find decentralizing jobs may be publicly popular. The 2021 Viewpoint Alberta survey, which included over 800 respondents in Alberta and Saskatchewan, found strong support for increasing federal jobs in each province.

Similarly, the 2021 Confederation of Tomorrow survey of more than 5,800 Canadians found almost three-quarters (73.5 per cent) support “moving more government offices from Ottawa to other cities in the country so that more Canadians would have access to jobs in the federal public service.”

The time for action is now. In fact, Canada faces an immediate decision regarding the location of the new Canada Water Agency. While the decision process has yet to be announced, Regina and Sault Ste. Marie, Ont., are already vying for the agency headquarters. Other cities may also be planning to do so.

Canada already has experience in decentralizing federal jobs, including moving the National Energy Board headquarters from Ottawa to Calgary and creating regional Canada Revenue Agency tax centres. These serve as precedents for a bold new strategy.

Moving forward on a national strategy

To be sure, decentralization faces political challenges. As the benefits of job decentralization are long-term and the challenges are immediate, politicians more focused on the next election might be disinclined to take up the task.

Vested interests are loud. Strategies are needed to address relocation costs, including staff turnover and the associated loss of experience, though remote work options can reduce these.

A national strategy is required. The United Kingdom’s Places for Growth program will move thousands of London jobs, including policy advisory roles, to 13 regional hubs over the next decade and could provide ideas or a blueprint.

The COVID-19 remote work experience suggests that distance is not insurmountable for federal government work. No one is suggesting that public servants work from home forever, but the public’s business does not always have to be done in Ottawa. Let’s use this as an opportunity to rethink how we distribute federal work across Canada.

Loleen Berdahl is Executive Director at Johnson Shoyama Graduate School of Public Policy and Professor in the Department of Political Studies at the University of Saskatchewan. This article was originally posted on The Conversation on May 24, 2021. Republished here under a Creative Commons – Attribution/No Derivatives license. To access the original article please visit The Conservation’s website here.