Is Niagara home to the garlic capital of Canada? It very well could be 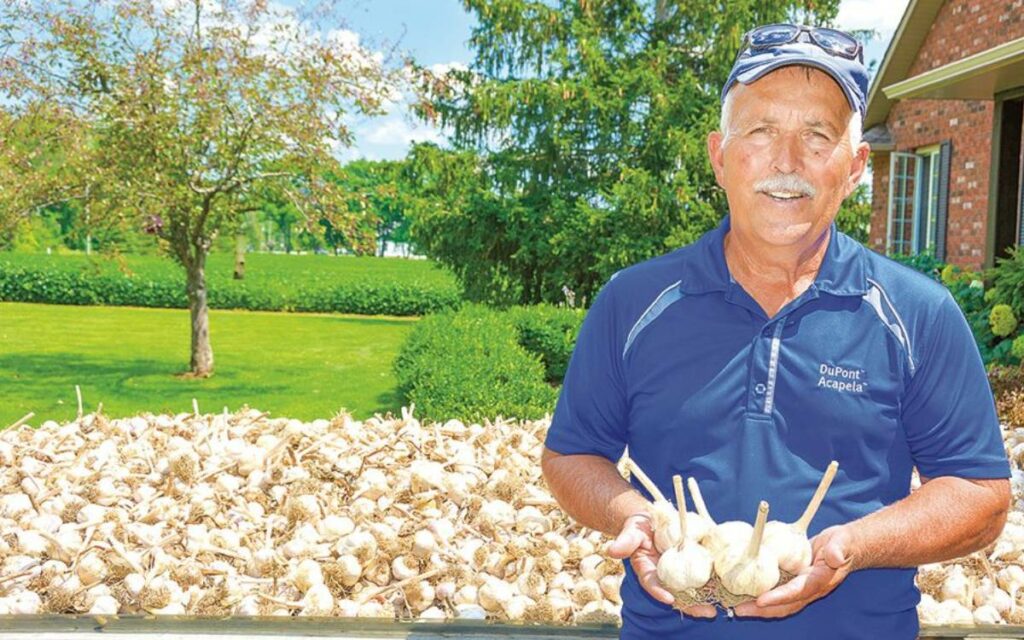 Jerry Winnicki and a flatbed-full of his garlic crop. Photo used by permission from the Voice of Pelham.

Jerry Winnicki is a farmer, not a doctor, but he is happy to dispense free health advice—at least when it comes to the nutritional and medicinal power of the humble garlic.

It was the ancient Greek physician Hippocrates, often called the father of Western medicine, who coined the phrase, “Let food be thy medicine, and medicine be thy food.” Hippocrates prescribed garlic to treat a variety of medical conditions, and modern science has lent credence to some of these beneficial health effects.

Winnicki, whose main job is Agronomy Manager at Clark Agri Service, in Wellandport, has 50 acres of cash crops such as corn, soybeans, and pumpkins on his Sumbler Road property, along with half an acre of garlic, which he has been harvesting for three years. He displayed for the Voice a flatbed wagon in his driveway, pictured at right, loaded with almost a thousand pounds of his garlic crop. He prefers to sell retail, given that he makes more profit than by selling to a wholesaler.

“You need good drainage to grow garlic, and we have that in Pelham,” said Winnicki. “We have all this land in Niagara that was growing sweet and sour cherries, and since a lot of the fruit trees are being pulled out, garlic would be a great alternative. You don’t have to have a big farm—an acre or two is enough to make a living on it.”

Winnicki said that Gilroy, California, a small city near San Jose, calls itself the “garlic capital of the world,” and that “Pelham could be the garlic capital Canada, not just Ontario.”

A plant in the allium family, garlic is closely related to onions, shallots, and leeks. Nutritious but with few calories, it grows in many parts of the world, and is a popular ingredient in cooking due to its distinctive taste. It contains sulphur compounds, which are believed to provide health benefits such as reducing blood pressure and cholesterol levels which protect against heart attacks and strokes; combating sickness like the flu and common cold, by boosting the immune system; and delivering antioxidants that may prevent dementia and Alzheimer’s.

Not unlike a human pregnancy carried to full term, garlic requires nine months to grow, with harvest season running from late June to early September. Imported garlic from the U.S., Argentina, and Mexico is often sold by Canadian grocers, due to the contracts that the head offices of chain stores sign with foreign producers, said Winnicki. In 2020, imports of fresh garlic amounted to some 24,000 metric tons in Canada. British Columbia and Southern Ontario produce most of Canada’s domestic garlic, with the sandy soils of Haldimand, Norfolk, Brant, and Niagara well-suited to the crop.

“The local franchise grocery store owners often have their hands tied by the contracts,” said Winnicki. “I think most grocery stores sell foreign garlic for five or six dollars a pound. I charge a premium for mine, since the bulbs are generally much bigger and have a more intense flavour.”

The internet is awash with generally unsubstantiated information about Chinese garlic being bleached to make it look white, grown in human sewage as fertilizer, and fumigated with chemicals and pesticides not allowed in Canada.

“China produces over 80 percent of the garlic crop in the world,” said Winnicki, “and they flood the market with low-cost product.”

Winnicki advised local folks to consider planting garlic bulbs in their flower beds, in order to provide their own source of fresh garlic.

“It’s the easiest thing to grow, and no pesticides are involved, since the bugs don’t go after garlic,” he said. “You don’t have to spray it with chemicals to ward off disease—you just grow garlic like you would tulips or daffodils.”

That said, garlic requires far less water than the average flower bed, and too much moisture is highly detrimental.

“There are a lot of guys like me cultivating half an acre, and really, the momentum is just starting,” he said. “There’s no odour when it’s growing, so it’s not like cannabis. Garlic has a bit of a smell when it is being stored, but it’s not obnoxious.”

Winnicki said that he gave a presentation to the Pelham Garden Club three months ago and was surprised that almost half of those in attendance indicated that they were growing garlic in their gardens for personal use.

As for the halitosis that often accompanies garlic ingestion, modern science suggests three ways to beat the bad breath. Eating raw apples works, as it acts as a natural deodorant to the sulphides in garlic. The acid in lemon juice neutralizes alliinase, an enzyme produced by crushed garlic. And Green tea is high in antioxidants called polyphenols, which like the enzymes in apples, mask garlic’s odour-causing chemicals. 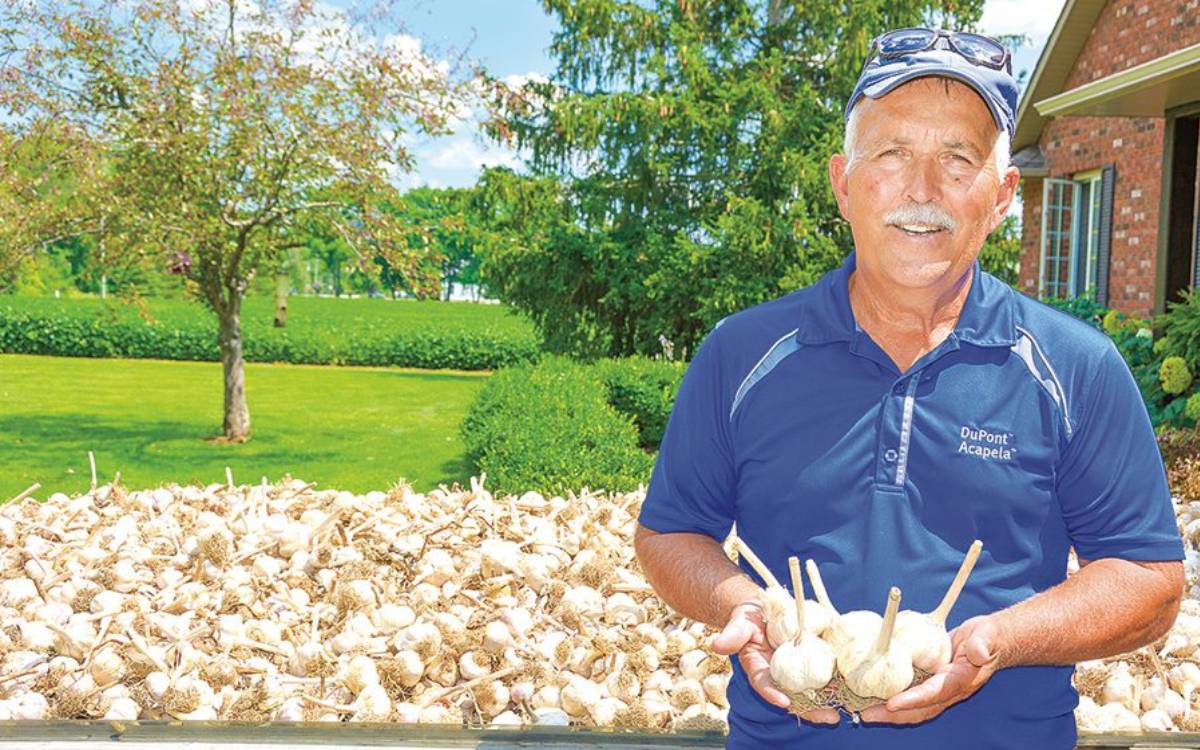