It is time to revisit resource corridors 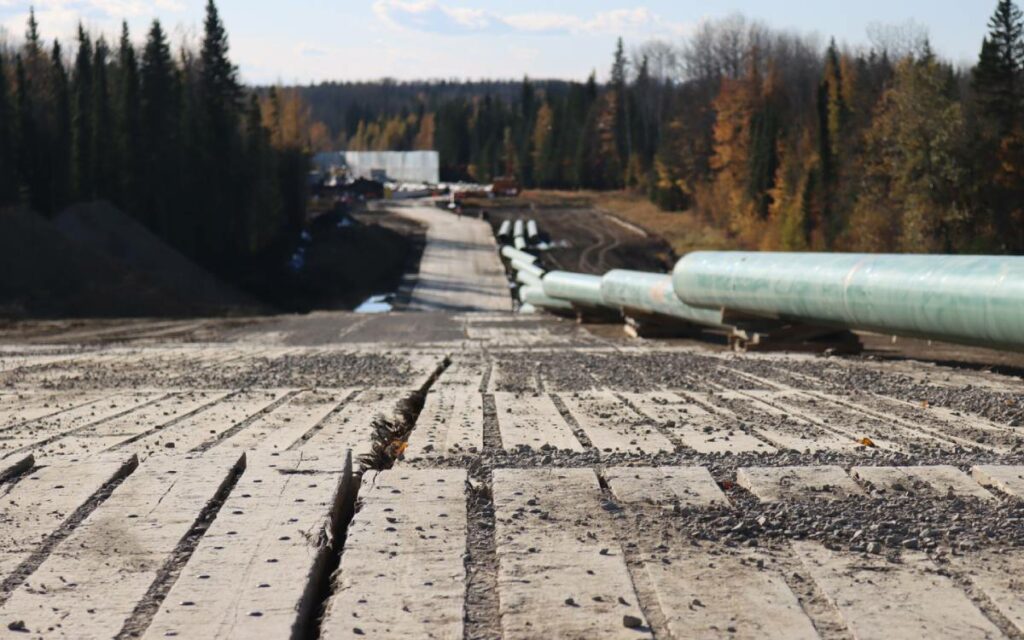 In a dramatically changed world, resource corridors could be the catalyst to actually getting something done in Canada. Photo credit: Facebook/Trans Mountain

One of the best ideas that has gone nowhere is the creation of resource corridors for long-distance transportation infrastructure using routes where land-use and development issues are resolved in advance.

Historically, the path of transportation infrastructure like railroads, highways, power lines and pipelines has been “map and ruler,” a straight line at the lowest cost. Geography like lakes and mountains were the main reasons for route changes.

Fortunately, most of Canada’s long-distance infrastructure was built well before the population grew significantly. The national railroads are a perfect example.

Because the railroad came first, many communities exist only because of it. This spared seeking permission to knock down houses and buildings to run a rail line through town.

Since then, building anything extending beyond the property line of your backyard has become increasingly difficult if not impossible, be it pipelines, power lines, or even roads.

New acronyms emerged. NIMBY, or Not In My Backyard. More obstacles led to BANANA, Build Absolutely Nothing Anywhere Near Anybody.

In Canada, so many projects have been studied, delayed, cancelled or prohibited that we have rightfully earned an international reputation as the country that can’t build anything.

Which is counterintuitive, because long-distance infrastructure is the only reason our nation exists in its current form, and is wealthy enough to obstruct continued development.

A determined creator of infrastructure conflicts has been Canada’s landlocked oil and gas industry; enormous resources with no access to tidewater.

New pipelines to the Pacific and Atlantic Oceans and the Gulf of Mexico have been proposed then opposed by environmentalists, landowners, municipalities, provinces, states and countries.

Billions of dollars have been vaporized on uncompleted projects.

An innovative solution conceived to resolve the pipeline wars was the concept of resource corridors, pre-arranged right-of-ways over long distances that would be wide enough to accommodate power lines, pipelines, railways and even roads.

Canada has enough empty or underpopulated space that it could avoid the higher concentrations of people through planning, ingenuity and determination. This is an obvious way to avoid most of the conflicts.

Soldiering on in its determination to maintain Canada’s standard of living despite itself is the C2C2C Unity Corridor project, a foundation which describes itself as a “…neutral national entity championing the development of a resilient network of corridors that can link Canada’s economic opportunities, help create more resilient supply chains and support access to global markets.”

Founded in 2018, C2C2C’s idea is to change the channel on development applications from “why” to “what and where” by dealing with economic, land use, environmental and social impact issues in advance.

The first question is basic. Should the country’s population and economy continue to grow? This answer is invariably yes, if for no other reason that even development opponents dare not say no.

Then the next step is what, how and where? This is where everything bogs down.

The C2C2C approach is materially different than the current process whereby a developer wants to undertake a multi-stakeholder project of some sort. The sponsor’s interests, most often commercial, are clear. But the benefits to those affected are not.

What makes C2C2C relevant today is that world events have finally put the need for development before the project itself. The narrative on oil and gas development in particular has finally changed.

Due to a worldwide energy shortage and the invasion of Ukraine by Russia, Finance Minister Chrystia Freeland uttered words not spoken outside of western Canada in years when she said, “We have a lot of energy. I think it is a political responsibility for us as a country to support our allies with energy security. This is a very tough moment for many European countries right now as they shift from their dependence from Russian oil and gas and I think it’s very important for Canada to step up and say, ‘We’re going to help you.’”

This moves the discussion from why to how and where. Which is C2C2C’s purpose.

The organization has an experienced leadership team that includes Jerry Demchuk who has a long career in major oil and gas project development. He is supported by industry veteran Bob Steele, Indigenous leader and energy advocate Chris Sankey, and former B.C. attorney general Bud Smith.

Advisors include Preston Manning, a tireless supporter of responsible but continued resource development.

If and when Canada wakes up and starts doing things again, it will have to be done differently. Most elements of the consultation and engagement process are permanent.

But groups like C2C2C understand this and can provide a resource and catalyst for private sector development proponents which by now may be so discouraged by a decade of “no” that they have given up or moved their business elsewhere.

The world has changed dramatically. Even the Liberal government is saying different things. Resource corridors could be the catalyst to actually getting something done.

Because the world needs Canada’s help.

David Yager is an oilfield service executive, oil and gas writer, and energy policy analyst. He is author of From Miracle to Menace – Alberta, A Carbon Story. This article first appeared on the Canadian Energy Centre website on Aug. 19, 2022. Reprinted here with permission.