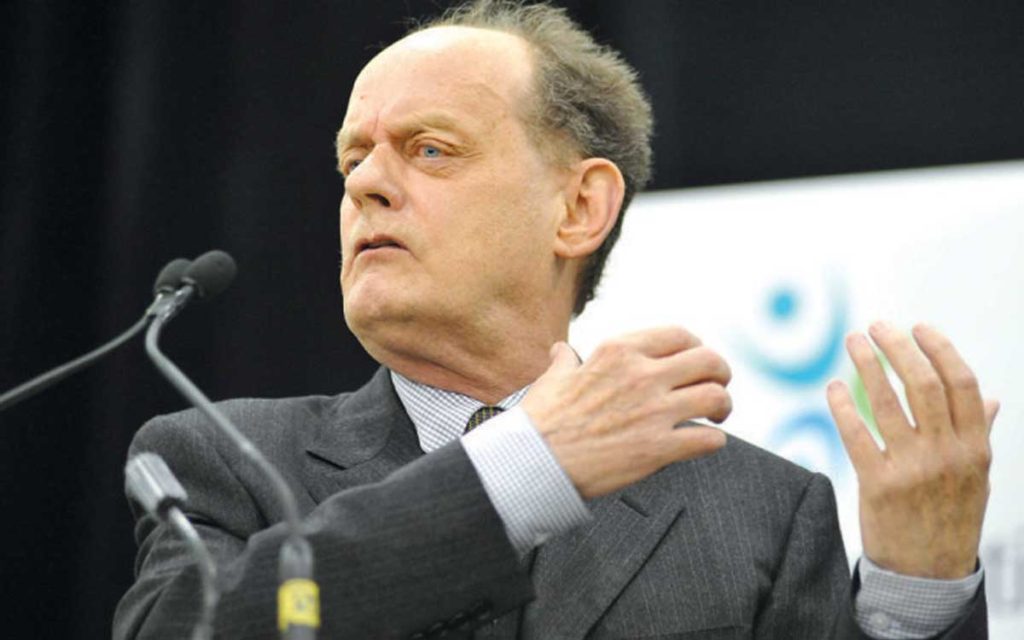 Social commentator Rex Murphy says it should be illegal for Canadian governments to collect carbon taxes until there are new export pipelines delivering Alberta crude oil to world markets.

A sold-out audience at the Bennett Jones Lake Louise World Cup Business Forum leaped to their feet in a standing ovation as the former CBC commentator ended a fiery speech criticizing environmentalists and federal politicians alike for stalling pipelines.

A lack of pipeline capacity is blamed for a glut of oil in Western Canada that has resulted in Western Canadian Select bitumen-blend crude trading at as much as US$52 per barrel less than New York-traded West Texas Intermediate.

The Newfoundland-born orator quoted Prime Minister Justin Trudeau who said this week in Calgary the discounts amount to a “crisis,” adding he holds the government accountable for that crisis.

On the sidelines, executive fellow Ted Morton with the University of Calgary’s School of Public Policy, said Murphy’s speech resonates with many in the oilpatch who feel betrayed by the government in Ottawa despite Alberta’s financial contributions to the country.

Trudeau said on Thursday the federal government is addressing Alberta concerns by buying the Trans Mountain pipeline and its expansion project for $4.5 billion last summer and by continuing to try to get the expansion built after the Federal Court of Appeal struck down its National Energy Board approval in August.

“Until there are pipelines leaving Alberta — plural — and there is oil flowing through them that will go to international markets, and US$40 price differentials are no longer the thing, until that time, it should be illegal for two lips to close on the phrase, carbon tax,” said Murphy.