It’s all ugly, and the PM has made it worse 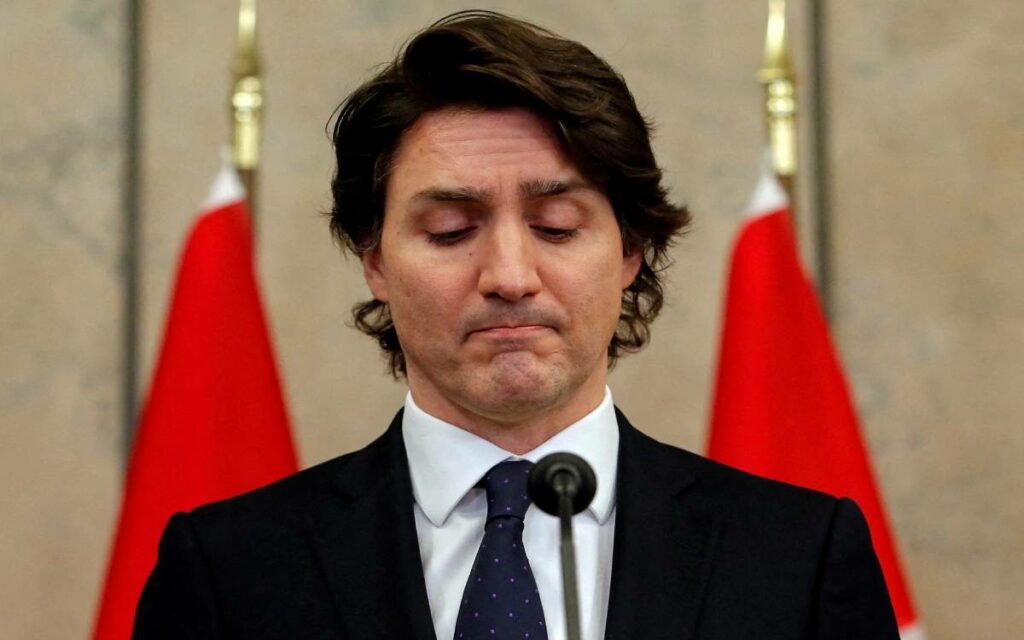 Hardly bringing the trucker protest to a swift and peaceful conclusion, Trudeau’s recent invocation of the Emergencies Act has only created more cause for concern. Photo credit: Patrick Doyle/Reuters

A week ago, Canadian career diplomat and former Ambassador to the U.S. Derek Burney stated, “The political paralysis in Ottawa is mind-boggling. Protesting truckers deserve a hearing, not pompous stonewalling by timid politicians.” His National Post editorial argued that the protesters and the Canadians who support them deserve respect from the federal government.

Burney wrote: “Having stunted parliament for two years, the government seems afraid to face real opposition. The prime minister’s claim that the truckers are expressing ‘unacceptable views’ has an authoritarian ring. ‘Unacceptable’ by what definition and in violation of what law?”

Since then, with tensions escalating, many Canadians are finding ways to express their views in the public arena. Twitter has been electric with the likes of intellectuals such as Dr. Jordan B Peterson and Dr. Gad Saad. President of the Canadian Chamber of Commerce Perrin Beatty, former defence minister who was responsible for introducing the now infamous Emergencies Act, also entered the debate.

The unflappable Brian Peckford, former Newfoundland and Labrador premier – and the last living contributing author of the Canadian Charter of Rights – has travelled the breadth of the country delivering fiery speeches in support of Canadians’ rights to protest, railing against the PM’s dismissal of protesters who hold an opposing view to his own.

With the upheaval of the past few weeks, a Maru public opinion poll gauged Canadians’ growing discomfort of what they were witnessing and their disapproval of the prime minister. Released last weekend, the poll revealed that 44 per cent of Canadians believe Trudeau has inflamed the situation with the truckers and 31 per cent believe he is responsible for the incitement of the protests.

But for the most part since the trucks entered Ottawa, PM Justin Trudeau has remained out of sight, appearing only a few times to state that he would not meet with the protestors. That was to change on Monday when the PM announced his government would invoke the never-used-before Emergencies Act. This Act allows a government to trigger special powers in the case of a national emergency that meets the following criteria:

(a) It seriously endangers the lives, health, or safety of Canadians and is of such proportions or nature as to exceed the capacity or authority of a province to deal with it; or,

(b) It seriously threatens the ability of the federal government to preserve the sovereignty, security, and territorial integrity of Canada; and,

(c) It cannot be effectively dealt with under any other federal law.

At the press conference, Trudeau said the decision was a “last resort.” Deputy PM and Minister of Finance Chrystia Freeland repeated this assurance, and Minister of Justice David Lametti stated he believed the conditions for declaring the emergency had been met. Yet, none of these leaders could explain why existing laws were insufficient to tackle the continuing occupation.

The Order-in-Council for debate in the House of Commons provides the following rationale: continuing blockades, threat of force against measures to remove protesters, adverse effects on Canada’s economy, trade relationship with the U.S., the breakdown of the supply chain as a result of blockades and potential for increased violence and unrest. And yet, on Monday, police cleared the border blockade on the Ambassador Bridge in Windsor without incident; Tuesday, police cleared the blockades at the borders of Manitoba and Alberta; and this week protestors in Ottawa continue their sit-in (some in hot tubs) without violence, broken windows, looting, or fires and destruction of property.

In the shadow of Parliament Hill’s Peace Tower, the protesters wait for the PM and government representatives to talk with them (to date no member of the Cabinet has addressed the crowds on the Hill). At a press conference on Monday, the organizers of the Freedom Convoy reaffirmed their protest is peaceful. Organizer Tamara Lich said, “We will remain peaceful, but planted on Parliament Hill until the [COVID-19] mandates are decisively ended.”

The PM attempted to gain the support of the premiers in a teleconference call that did not go well. Four premiers voiced their disapproval of what they viewed as an unjustified overreach. Since the call, three maritime premiers of NS, NB and PEI joined their colleagues in Alberta, Saskatchewan, Manitoba and Quebec to denounce the PM’s intentions.

At the time of writing MPs are debating the Emergencies Act, which they are scheduled to carry through the weekend. Even as Canadians hear their representatives argue the principles and ramifications of Trudeau’s actions, it remains unclear whether the federal government needed these additional powers to clear the protestors. As Derek Burney suggested in his editorial, perhaps it is not about the protestors as much as it is about squashing the dissent for the government agenda.

Perhaps it is about the government gaining access to Canadians’ financial accounts. In an another unprecedented and surprise announcement, the Trudeau cabinet unilaterally directed financial institutions to freeze accounts, withhold cash, cancel credit cards, and cut ties with “designated” Canadians. Banks were ordered to provide any suspect transaction information to the RCMP and CSIS.

Akaash Maharaj, ambassador-at-large for the Global Organization of Parliamentarians Against Corruption, explained this action is designed to bring down terrorists and transnational organized crime gangs. It is intended to lead to long-term financial ruin for those targeted. Maharaj states, “In a 21st-century economy, it would be a form of social death, making it effectively impossible for a flagged truck protester to hold a job, obtain housing, or pay for his basic needs.”

Such is the malice of Trudeau and Freeland – and combing through individuals’ financial records has the potential to impact the lives of tens of thousands of individual Canadians who participated or donated to the Freedom Convoy cause. (Did you know that the majority of GoSendMe donors are Canadian, and a quarter of them B.C. residents?)

The blackest mark in this week’s sordid affairs was the PM standing in the Parliament of Canada saying “Conservative Party members can stand with people who wave swastikas…” Purposefully and unacceptably hurtful. Thornhill MP Melissa Lantsman, whose family members survived the horrors of Nazi death camps, and others including B’nai Brith Canada have repeatedly demanded an apology. Repeatedly, the PM has refused (a horrible reflection of this man’s character).

The eyes of the world are now watching our once peaceful democracy. International headlines capture the angst Canadians are feeling and they expose Canada for what it has become:

Even as our MPs debate, Canadians gaze in wonder: it’s all ugly. And, unquestionably, the PM has made it worse.