It’s not about the climate 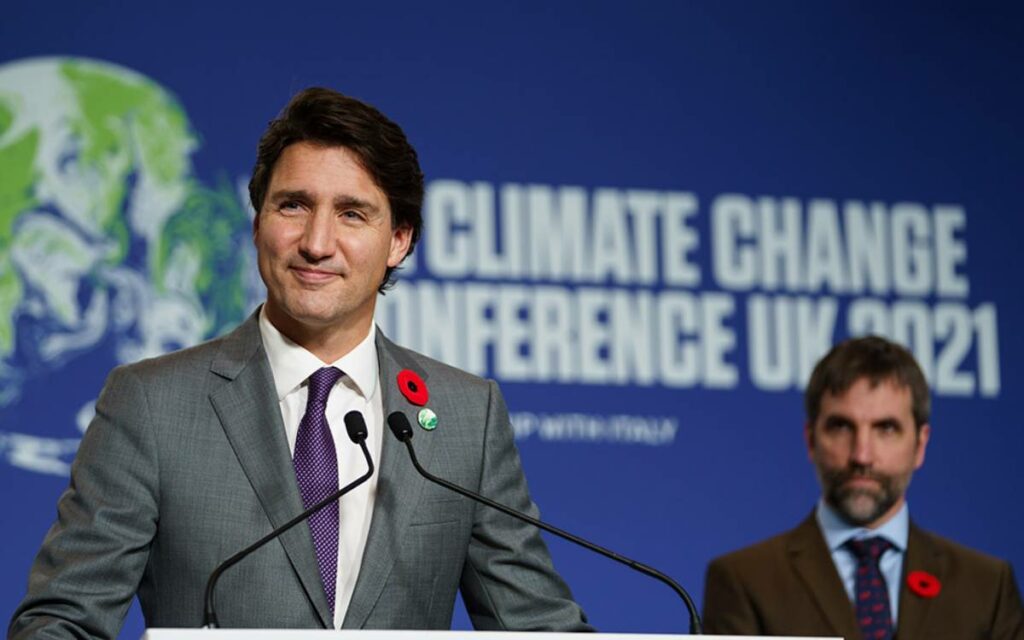 If it was, all these government policies and plans would exhibit far greater internal consistency. Photo credit: PMO/Adam Scotti

A number of recent regulatory measures in Canada and abroad that are supposedly aimed at achieving various climate-related objectives contain some interesting inconsistencies that warrant attention.

Last week, the Fraser Institute released a study examining the Trudeau government’s plans for CO2 emissions caps, entitled CO2 is CO2 is CO2— the Implications for Emissions Caps. The study pointed out the glaring inconsistencies in various federal climate policies and questions what the real objectives of these policies are.

The key conclusion from the analysis is that if the true goal of the policy is to reduce CO2 emissions as the government claims, the approach should empower industry to achieve that in the most efficient way possible for that particular sector and in a manner that creates the lowest costs for society at large, not by imposing arbitrary caps on some sectors. As implied in the study’s title, CO2 coming from one industry is no different than CO2 coming from other industries, so all should be treated equally. This is not, however, the route taken by the current government’s policy.

The Liberal policy singles out the oil and gas sector for particularly punitive treatment even though there are many other parts of the Canadian economy that also emit sizeable amounts of CO2. The Fraser study cites the fact that while the oil and gas sector accounted for 26.2 per cent of total greenhouse gas (GHG) emissions in 2019, the transport sector represented a comparable amount of 25.4 per cent and buildings roughly half of the other two at 12.4 per cent. Yet only the oil and gas sector will be subject to an emissions cap, which means that almost three-quarters of total GHG emissions will be exempt from such a restriction. How does this make any sense if emissions reduction is the true objective? It doesn’t.

In addition, the level of the emissions cap for the oil and gas sector has been considered by many analysts as virtually impossible to achieve without decimating the industry. You would almost think the Liberal government’s actual objective is to kill an industry largely centered in the part of Canada least likely to vote Liberal! Even if this was remotely acceptable, significant damage to the oil and gas industry would hardly be limited to Alberta and Saskatchewan, as the industry remains a source of wealth for the entire Canadian economy. Indeed, recent statistics showed that in just the past year, oil and gas companies have contributed $48 billion in royalties and taxes. It is ironic that these windfall gains are filling the coffers of many governments who want to kill the industry.

And remember the carbon tax? That policy that was advertised as the be all and end all of environmental panaceas? It seems that was a Liberal snow job as well. The carbon tax was touted as the ideal market-based mechanism that would permit consumers and businesses to decide for themselves the best way to alter their own energy use to reduce the consumption of fossil fuels. Yet even when the carbon tax was first introduced in Canada, it did not replace the significant amount of environmental regulation that was already in place at the time, as a properly-structured carbon tax is supposed to do, but was layered on top of the mess that then existed.

If that weren’t enough, we are now told that even more costly restrictions are needed in the form of strict emissions caps, totally contradicting the earlier contention that the carbon tax was sufficient on its own. All of these measures have major negative impacts on the Canadian economy while our competitors in other countries are not subject to the same constraints, and at this point you have to wonder where it will all end.

On the global front, the immensely complicated ESG (Environment, Social and Governance) regime looms, with international financial markets poised to impose this supposedly climate-driven imperative on all businesses, large and small. Businesses that do not conform to this expensive red-tape nightmare risk losing their financing, insurance and other services essential to remaining in business. Yet once again, a look at the details of the proposed ESG plans reveal internal contradictions and inconsistencies.  For example, most businesses will have to declare all the emissions they create, their customers and suppliers create, and potentially future emissions from possible uses of their products or services downstream.

If you’re manufacturing a wind turbine, however, preferential treatment will apply. Such a manufacturer will only have to claim the emissions from some parts of the finished product, not from the concrete base which is responsible for 80 per cent of the total emissions of building a turbine.

As the Fraser study notes, one CO2 molecule is identical to the next and has the same impact, so there is no reason to treat where they come from differently unless the climate is not really what this is all about. The incredible amount of hypocrisy concealed in the fine print of all of these “climate” policies leads to serious, legitimate questions about what the intended outcome actually is. It’s almost enough to make you believe in conspiracy theories.