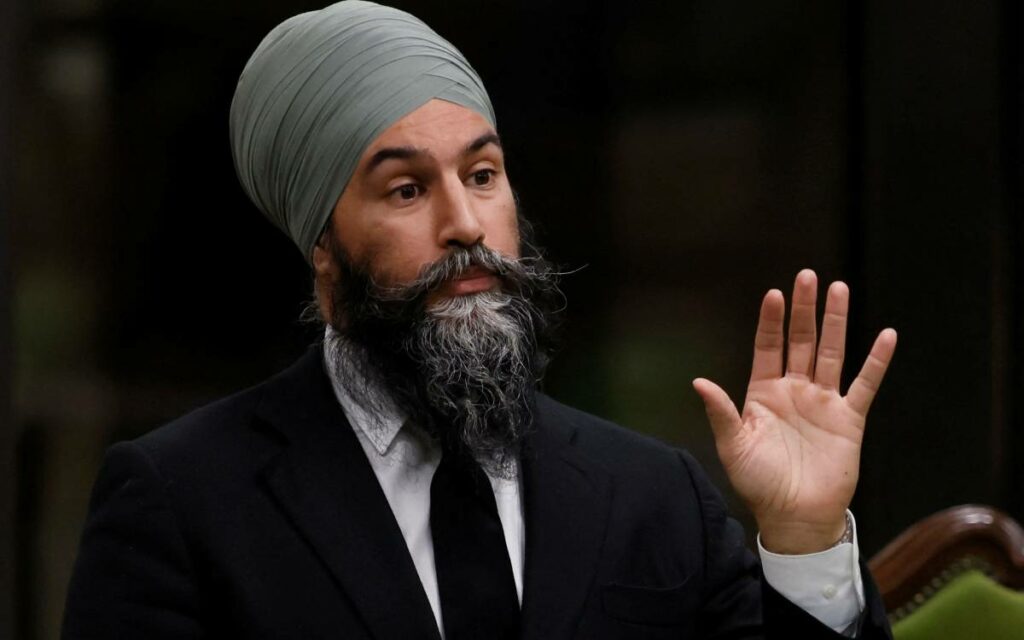 But thus far, despite having a golden ticket to force the government’s hand, Singh has missed every opportunity to be an effective Opposition leader. Photo credit: Reuters/Blair Gable

The reason so much ink has been spilled on the subject is simple: the Conservative Party remains as electable in 2022 as it was in 2004. And while pundits may have the knee jerk reaction to wax on about the internal workings of the party during the final stretch of its leadership race, it’s important to not lose sight of the fact that only one party holds the true balance of power in our parliamentary system. And they are worth critiquing occasionally.

In the coming days and weeks, we are going to see a flood of news pointing to an impending global recession. U.S. inflation reached its highest point in more than thirty years, China continues to grapple with the threat of more lockdowns that could further threaten the fragile global supply chain, and Russia continues to rage war against Ukraine. The economic outlook for the short and medium term is bleak, to say the least.

I wrote previously that as the economic storm comes to fruition, the Liberals would say that the problem was global in nature, and circumstances are outside of their control. As for the NDP, they’d take the position that corporations were the root of the problem, and that they would need to pay higher taxes to deal with inflation.

And here we are. It’s played out almost exactly to a tee.

Despite having a golden ticket to force the government’s hand, Singh has missed every opportunity to be an effective Opposition leader. He named the Liberal-NDP pact after his daughter, Anhad, and claimed the deal was done “so all children can live their lives in a limitless way.”

However, instead of advocating for the Canadians who are the most vulnerable to soaring costs and, discouragingly, unable to afford basic costs of living, Singh has not delivered much in the way of meaningful action. Universal dental care, which was a key pillar of the pact, has not been acted on in any meaningful way by the government, despite a pledge to set it up by year’s end.

And the NDP solution to inflation? Tax corporations on their profits and redistribute the money to Canadian families in the form of a thousand-dollar cheque.

Having a rudimentary understanding of economics would allow anyone to see the pitfalls of this policy. Increasing the money supply only fuels inflation. This at a time when the Bank of Canada is slamming on the breaks to slow the pumping of cash into the Canadian economy.

The good news is the Liberals haven’t taken him up on this specific policy proposal. The bad news is that, as the economy worsens and public opinion moves with it, the Trudeau government might just be desperate enough to hang onto power by pursuing the NDP’s wealth tax proposal.

Holding the balance of power is a tricky thing. At some point, Singh is going to have to prove to his base that he didn’t just sell the NDP down the river to hang onto his job. Hopefully this doesn’t come at the expense of further damage to the Canadian economy.