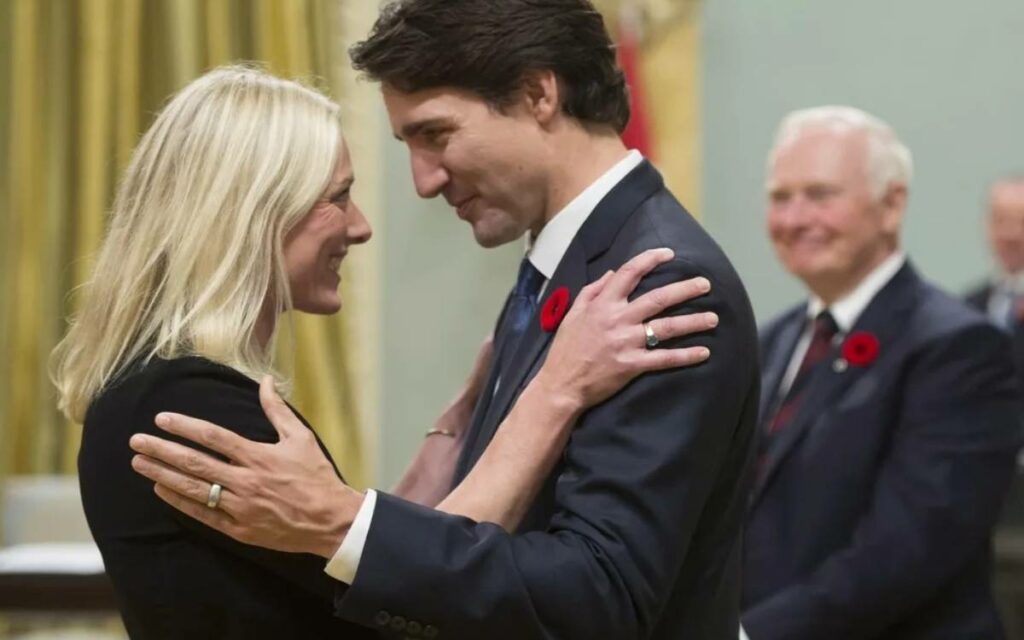 The globalists and environmental activists in the government of Justin Trudeau have been methodically deconstructing Canada’s natural resources sector and establishing a state-interventionist economy. PM Trudeau himself is intent on redesigning capitalism and advancing an international green agenda. He has quickened the country’s pace towards these end goals under the cover of the COVID-19 pandemic crisis.

On many occasions Justin Trudeau has publicly tied the country’s pandemic recovery to the World Economic Forum’s The Great Reset and the United Nations 2030 objectives. In his U.N. appearance last September, Trudeau gave a clear indication that the path he was leading Canadians down was one that his government had embarked on prior to COVID-19. Trudeau stated: “This pandemic has provided an opportunity for a reset. This is our chance to accelerate our pre-pandemic efforts to reimagine economic systems…”

As the prime minister and his Deputy PM Chrystia Freeland have often mused, the pandemic is “an opportunity” to further their government’s agenda.

The Trudeau government agenda is anti-resource development and, expressly, anti-oil and gas sector. Its natural resource development approach has had a dramatic, negative impact on both large and small resource companies. Calgary-based news agency, Second Street, factors that $213 billion in resource development projects have been lost to Canadians since 2014. The Enbridge Northern Gateway and TC Energy East projects were scrapped due to uncertain regulatory delays and there has been a mass exodus of drilling companies from western Canada.

Just prior to the pandemic, the country’s resource economy was rocked with the announcements of the cancellation of the $20.6 billion Teck Frontier mine project and the collapse of financing for the $9 billion Energie Saguenay pipeline and liquified natural gas project.

Despite the facts that there are one million jobs and nearly a quarter of all Canadian exports dependent on a healthy oil and gas industry, the Trudeau government has pursued an energy policy course that is intent on curtailing future development. In June 2019, prior to the last federal election, the Trudeau government passed into law two controversial and damaging measures: first, Bill C-69 established an unparalleled, onerous federal environmental assessment process for major resource projects in Canada; and second, Bill C-48 placed a moratorium on Canadian oil tanker activity along the BC coast – effectively cutting off the Asian market to Canadian energy producers.

Since Trudeau took office, his government’s statements and actions have delivered irreparable blows to investor confidence in Canadian energy projects. Recent Statistics Canada data reveals that, since 2015, investment in 10 of our 15 major business sectors has dropped by 17 per cent, as both Canadian and foreign investors have headed elsewhere.

In place of Canada’s attractive resource sectors, PM Trudeau and a cadre of his senior ministers have designed a green energy plan to drive the country’s future prosperity. Canadians are being told that the government will “build back better” the country’s economic fortunes with a bold, progressive environmental agenda. With $109 billion of government investment in the next decade, the Liberal plan will create in excess of six million green jobs and support $790 billion worth of “green” initiatives.

This green energy plan that is to revive – and reset – the Canadian economy is illusory on multiple levels. Here are four obvious ones:

Yet, this government has pledged that the country will meet net zero emissions by 2050 and it has further set interim targets without any details on how they will be achieved. For example, a report released this week by the C.D. Howe Institute states that in order for Canada to meet its targets, the government will have to ensure there will be three electric cars for every four cars sold by 2030. Is this realistic given current vehicle sales and the existing electric-charge station network?

In a June 2021 report, the Parliamentary Budget Office (PBO) provided an analysis of the economic impact of the government’s plan to reach net zero carbon emissions targets in 2050 and, unsurprisingly, this plan is certain to negatively impact the economy. More significantly, the PBO found the government targets can only realistically be reached by raising the carbon tax five times greater than it is currently scheduled through 2030 (this would result in approximately $160 of additional carbon taxes every time Canadians filled up their vehicle).

In attempting to understand the underlining rationale with the Trudeau Liberals’ green energy plan, consider the recent announcement by senior cabinet minister Catherine McKenna that she would not be running in the upcoming election. In a fawning media interview, the former environment minister made a lucid observation that government does not have the financial means to underwrite the Liberals’ green energy plan; however, there is ample private sector cash that must be invested. Much like Chyrstia Freeland’s expressed desire to access the savings accounts of individual Canadians, McKenna posits the government use regulatory control to shake lose the needed cash from private sector businesses to pay for the country’s green initiatives.

In Lau’s summary he captures the sad ironies of the Liberals’ green energy plan. Indeed, this is the devastating course Justin Trudeau is pursuing in gutting Canada’s natural resources sector and imposing his “reset” on the country’s economy.