‘Justinflation’ and its impact on Canadians 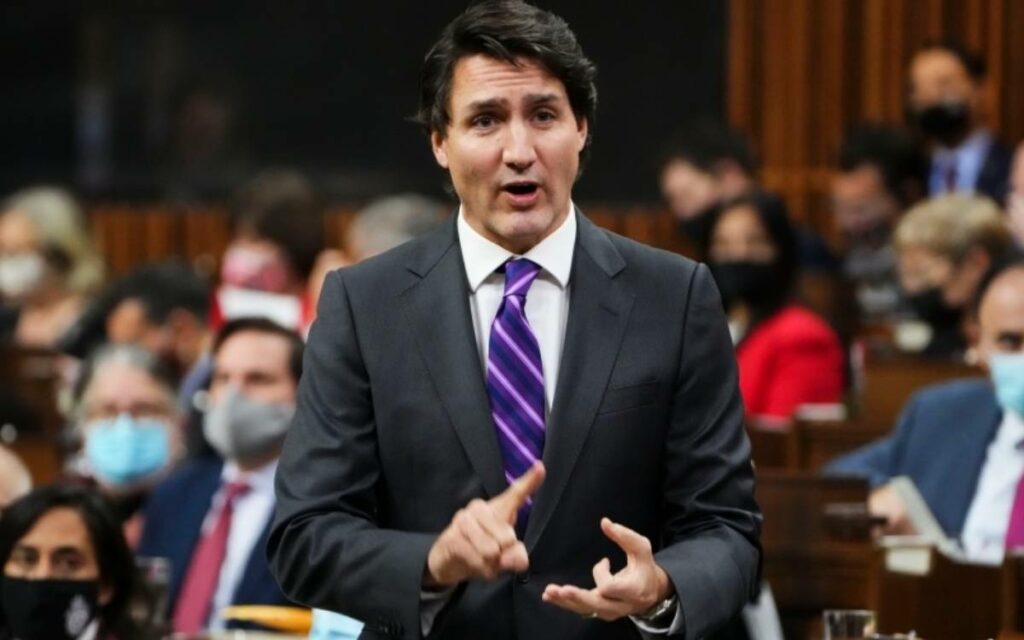 Recall Prime Minister Justin Trudeau’s candid admission on the election campaign hustings, “When I think about the biggest, most important economic policy that this government, if re-elected, would move forward, you’ll forgive me if I don’t think about monetary policy.”

The PM has no mind for fiscal and economic policies. However, there are an increasing number of financial reports and analyses that suggest the Trudeau government’s lack of attention to its monetary policy is jeopardizing Canadians’ personal financial standing and the country’s future economic prosperity.

Inflation in Canada is at the highest level it has been in decades and this fact, at least in part, is due to Trudeau’s and Finance Minister Chrystia Freeland’s approach to the country’s finances – and their flippant response to current inflationary pressures being increasingly felt by everyone.

In the House of Commons this week, the opposition parties accused Trudeau and Freeland of fueling inflation with continued reckless spending, the printing of money, and failing to provide clear direction to the Bank of Canada. Conservative MP Pierre Poilievre coined a new phrase to identify the government’s disregard for rising costs of living: Justinflation. The term has caught on in parliamentary debates and the media – much to the annoyance of the finance minister.

Freeland makes the argument that Canada’s level of inflation is not unlike rates found in the G20. (She cleverly neglects to mention G20 countries are in lockstep with their monetary approach, a page torn out of the globalists’ World Economic Forum playbook – the Forum that Freeland herself is a director.) In debate, the finance minister references economists who state Canada’s inflationary challenges are not of the government’s doing. Former Bank of Canada governor Stephen Poloz conducted a series of media interviews to declare inflation in Canada was not caused by federal spending.

Yet, recently there has been financial analysis that concludes the government’s failure to adjust its spending and respond to the rising inflationary pressures is making the matters much worse. Philip Cross, former chief economic analyst for Statistics Canada, released a report in which he argues the government’s massive pandemic spending program has led to unprecedented public debt and the fact it has no plan to repay that debt is now “pouring fuel on the fire” of inflation.

Steven Globerman, professor emeritus at Western Washington University, concluded in a Fraser Institute report that the Trudeau government will prolong higher rates of inflation without providing clear direction to the Bank of Canada. Globerman writes central banks “need to stop injecting unprecedented amounts of money into the economy and return to a more measured monetary policy”; or “higher inflation could persist even after the pandemic subsides.”

Today, Justinflation is Canadians’ greatest concern, far greater than the pandemic, climate change, or any other political issue. The skyrocketing cost of living and, specifically, the costs of gas and food is keeping people awake at night, according to the latest Global News Ipsos poll taken in mid-November. One in three Canadians are worried about their finances through the winter months and just 23 per cent of respondents are confident that the government will make progress on cost of living and affordability issues.

So, how bad is it? Statistics Canada recorded the rise in the consumer price index (CPI) at 4.7 per cent for October (year-over-year). That is the quickest pace set since February 2003 – and a far greater pace than it was a year ago when the CPI was 0.7 per cent. It is well above the Bank of Canada’s target CPI range of 1-3 per cent – the seventh consecutive month it has exceeded the target.

Prices have risen year-over-year in all of Stats Can’s categories:

This inflationary pressure in Canada is accompanied by troubling economic and social data.

BUSINESS CLOSURES: Statistics Canada reported that in the month of August there were more businesses closed than opened (Ontario suffering the biggest net decline). This was the first time this monthly net loss occurred since May 2020, when the business community was managing lockdowns and evolving public-health directives.

MORTGAGE DEBT: The Superintendent of Financial Institutions, a Canadian federal bank regulator, provided a dire warning in its annual report based on the fact mortgage debt is equivalent to 85 per cent of Canada’s entire economy. The Superintendent forecasted: “Household indebtedness posed the largest risk for many federally-regulated financial institutions…and [it] may indicate vulnerability in the Canadian economy and the financial system.”

LOW CONSUMER CONFIDENCE: The Conference Board of Canada reported in November that its consumer confidence index dropped and is now 10 per cent below its pre-pandemic (February 2020) level. The combination of household mortgages, supply chain disruptions, and inflationary pressures are impacting confidence. Less than one in five believe now is a good time to purchase any large-ticket item.

FOOD BANK DEPENDENCE UP: Feed Ontario released 2021 statistics that indicate food bank usage in the province is up 10 per cent with almost 600,000 adults and children accessing food bank services this year.

JOB LOSS AND JOBLESSNESS: A survey on employment by the Environics Institute for Survey Research found that during the pandemic 70 per cent of younger Canadians under the age of 35 reported their life has been adversely impacted: 50 per cent experienced job loss or reduction of hours; and 19 per cent became unemployed without finding a new job.

In a private meeting last week, the finance minister and department officials conferred with private-sector economists and financiers who expressed their concerns for the government’s spending plans and impact they will have on inflation. The concern was shared that continued inflationary pressures will create increased economic uncertainty. The thrust of the expert advice was to defer any federal government spending increases for as much as two years.

In a media scrum held earlier in the week, Minister Freeland was noncommittal about the counsel the government is providing the Bank of Canada, which soon must announce the banks’ five-year inflation-targeting mandate. The bank’s target is important as a key factor in setting interest rates in the country.

A higher target will permit maintaining lower interest rates, which in turn will cause a prolonged period of inflation. In this manner, a country’s monetary policy can ease or add to the financial burdens of businesses and individuals.

A news flash from Ottawa on Thursday announced that Minister Freeland will release her Fall Economic and Fiscal Update on Dec. 14. Perhaps then Canadians will learn how the Trudeau government plans to manage its monetary policy and address the country’s Justinflation.