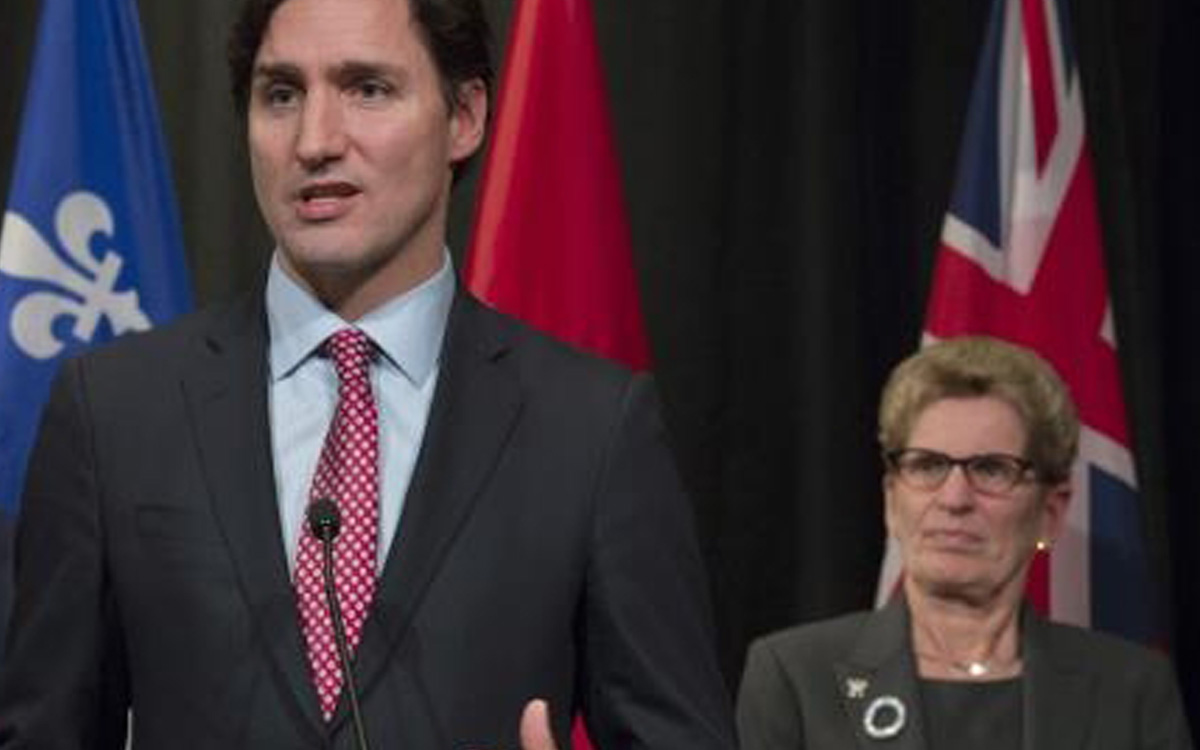 Sometimes you really have to wonder if many of our political leaders have a clue how the economy actually works.  Take Justin Trudeau and Kathleen Wynne as examples.  Over the last couple of years,  the federal and Ontario governments have introduced  a number of anti-business policies.  These policies have taken particular aim at small- and medium-sized  businesses, a group that represents about half of the Canadian economy  and the majority of net new job creation. In other words, a sector of the economy that any sensible government would want to promote and encourage.

Federal Finance Minister Bill Morneau introduced a number of punitive tax measures aimed at smaller firms in July 2017, when he likely hoped everyone would be on summer holiday and not paying attention. Prior Liberal governments under Finance Ministers Edgar Benson in 1970 and Alan MacEachen in 1980 tried to introduce similar policies targeting small businesses, and in both cases were forced to back down in the face of massive and justified opposition.  Morneau’s proposals received exactly the same kind of negative reception and he was also forced to substantially water down his original plans, although a number of problems remain with the revised policies.  It seems that Liberals don’t learn from history as every few decades they repeat this foolish mistake.

In Ontario, the Wynne government has implemented a number of policies that are harmful to small businesses, including the creation of the union-driven College of Trades, a range of tax hikes, fees, and added red tape, and more recently the very punitive Bill 148 which included sharp minimum wage increases, many intrusive policies aimed at part-time workers, all kinds of new  measures mandating added time off for employees, and, among other things, the outrageous measure that empowers government inspectors to come into a workplace and demand a full list of private employee information with the threat of massive fines if the employer does not comply.  The recent Ontario budget also mirrored some of the foolish small business tax changes contained in Morneau’s 2018 budget.

Along with the introduction of these harmful policies, what was perhaps most disturbing of all was the implication by both the Trudeau and Wynne governments that small businesses are really tax cheats, scamming the system and not paying their “fair share” of taxes. There is zero basis in fact for these assertions. Indeed, Canadian businesses are actually very compliant with tax and other regulations, as are Canadians in general. What the anti-small business statements coming from Morneau, Trudeau, Wynne and others really reveal is their wrong-headed socialist philosophy driven by their union supporters, and their lack of knowledge about how the economy really operates.

There is only one source of wealth creation and prosperity in any economy – private businesses and the employees they hire. Repeated public opinion polls show a high level of respect and appreciation for small businesses and the significant contribution they make to our economy and society, demonstrating that the average Canadian has a much better understanding of this issue than many of our so-called leaders.  History has proven time and time again that any government that diminishes the vital role of the private sector eventually ends up bankrupting the economy and impoverishing the general public.  Governments that make businesses feel unwelcome and treat them as cheats and abusers will, not surprisingly, eventually kill the golden goose. Recent data showing declining business investment in Canada, indicates that has already begun to happen. Clearly a change in government mindset and a change in policy direction is needed before these trends get even worse.