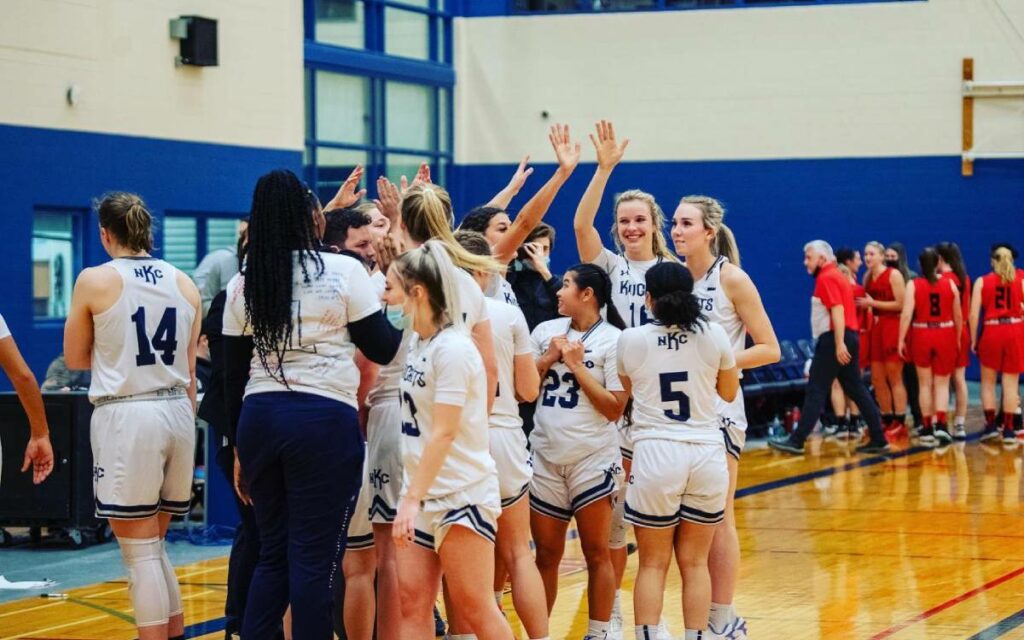 Niagara College Athletics put together an incredible year at both the team and individual level. Amongst the many achievements was a bronze medal for women’s basketball at the provincial finals last week. Photo credit: Facebook/Niagara Knights

While the Brock University Badgers are garnering a lot of attention lately, and well deserved I might add, we can’t forget about Niagara’s other post-secondary institution.

The Niagara College Knights just wrapped up their varsity athletic season and came away with numerous awards and accolades.

Terin Hultink (Fenwick, Smithville Christian) followed up her rookie season in 2019-2020, where she was named to the OCAA West All-Rookie team, by earning 2022 OCAA West Division Best Defensive Player of the Year award, averaging 10.3 rebounds per game. Hultink was also named to the OCAA West Division Second Team All-Star squad. Ironically, Hultin was also named the 2022 South Division Best Offensive Player of the Year for the 2021-2022 soccer season.

And last but certainly not least was Niagara women’s volleyball star Natasha Desjardins who was named OCAA player of the year.

In her four years as a Knight, here’s Desjardins list of accomplishments, both on and off the volleyball court:

“She is our leader on the court, in the dressing room and in the classroom,” said Sloan. “She epitomizes what it means to be a student-athlete and her commitment to excellence is unmatched. She sets the standards for our team culture and has earned the respect of all her peers.”

Desjardins is also a two-sport athlete playing for the Knights soccer team.

Sloan is convinced that Desjardins hard work on the soccer pitch, translated to a strong year on the court in more ways than one.

“Despite being a two-sport athlete, and the heavy workload that came with it, she continued to perform at the highest level, and was the most dangerous offensive threat in the league all season. She did all the work to stay healthy all through the missed season, all through the fall and I feel like her putting in that extra work when it came time for our season to start just made her unstoppable.”

For more information on the Niagara College Knights visit goknights.ca