Lament for our post-national state 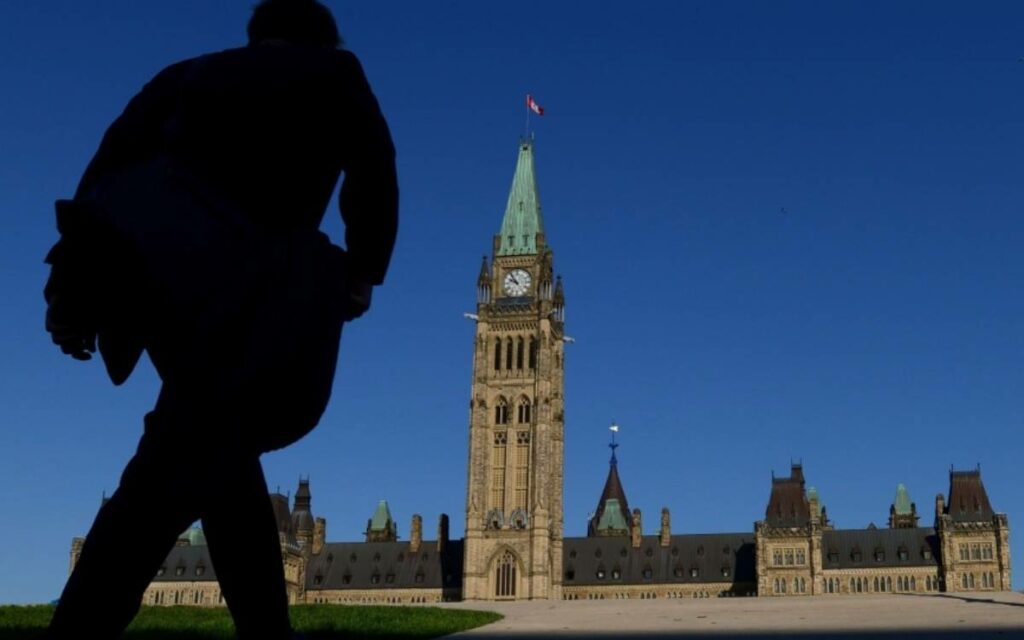 From his earliest revelations about wanting to transform this country into a post-national state, PM Justin Trudeau and his enablers have been on a mission to hollow out the idea of Canada. There is to be no core identity, no proud history, no mainstream traditions, no sense of belonging. Seven years into his mission, the country marks its 155th birthday with chaotic and politically charged gatherings across the land that, at best, reflect a shaken sense of nationhood; but, perhaps more accurately, they signal Canadians’ social contract has been forsook.

Whether it’s the PM’s response to the truckers or the Liberals embrace of the World Economic Forum’s agenda, Canadian editorialists and political pundits now openly debate the damage being done by the Trudeau Government’s constant undermining of the Canadian Constitution and Charter of Rights, its destabilization of the country’s resource economy, and the rewriting of Canada’s history to shame our cultural and societal legacies.

Andrew Coyne’s commentary this week in the Globe and Mail identifies “the vacuum at the centre of Canadian politics” with politicians degrading and disregarding “obligations to common sense, or the ordinary routines of democratic politics, or the rule of law.” Independent journalist Matt Gurney suggests our lack of political leadership has Canadians settling for mediocrity. Numerous columnists including William Gairdner are documenting how the government has morphed from soft socialism to soft totalitarianism. Some like Rupa Subramanya and Warren Kinsella often write on the perverse nature of Trudeau’s authoritarian kleptocracy.

So, this day’s scenes of unrest in the Nation’s Capital and its various cross-country protests against the celebration of “Canada” speak directly to the crisis of our nationhood’s legitimacy, a crisis that is continuously being stoked by the Trudeau Government. Trudeau’s ceaseless use of wedge politics has effectively eroded Canadians’ trust and faith in one another. The PM and his operatives do not let a single opportunity pass by without virtue signaling a division between Canadians. Case in point is most recently when Trudeau and his senior ministers infused the U.S. political maelstrom on abortion into Canada’s public debate, purposefully to 1) embolden his progressive base, and 2) highlight the moral and political divides on this contentious issue.

In the Financial Post, Joe Oliver offers his Lament for a misgoverned nation: “As they prepare to celebrate their country’s 155th birthday, Canadians are suffering at the hands of a divisive, incompetent government that has undermined prosperity, freedom, parliamentary responsibility, the independence of institutions, national unity and our country’s global standing.”

From the deluge of hapless news coming out of Ottawa these days, it seems that the very fabric of our nation is threadbare. Consider how these situations will end.

Canadians are being told there has been no impropriety or “undue influence” exercised with the latest scandalous news that RCMP Commissioner Brenda Lucki “made a promise” to Public Safety Minister Bill Blair and the Prime Minister’s Office to use the mass murders in Nova Scotia to help pass the Liberals gun control law. Senior Mounties have exposed the political power play. Yet, the same people who caused the obstruction of justice scandals involving Jody-Wilson-Raybould and SNC Lavalin, Vice-Admiral Mark Norman, and the WE Charity payouts, claim the senior Mounties are fabricating their story.

Canadians are now camping out for days in front of federal government offices with hopes that they might get their passports in time for their summer and fall vacations. To address the snake-like lineups moving at glacier speed, PM Trudeau announced a 13-member ministerial taskforce committee that (in his words) “will help guide the work of the government to better meet the changing needs of Canadians and continue to provide them with the high-quality services they need and deserve.” The committee will begin meeting in early July.

Inflation last month hit almost 7.7 per cent, the highest it has been in 40 years when the current PM’s father was PM. Unfortunately, the Trudeau Liberals now know nothing more of how to handle runaway inflation as the Trudeau Liberals did then. Finance Minister Chrystia Freeland’s latest budget included more fiscal stimulus, more debt, more regulation and more taxes. Recall, she appeared beside the Bank of Canada governor to pronounce inflation was “transitory.” Recently, when asked about government actions to tamper inflationary pressures, she claimed the government has “done enough already.” In another interview when asked about the frustrations Canadians are experiencing with rising prices, Freeland offered “it is okay to be mad.”

Gas pump prices in Canada continue to climb causing increasing strain for daily commuters, suburban families, and commercial drivers. Though Canadians are being told this is a global pressure in part caused by Russia, the fact is our country has the highest and highest-rising prices of any oil-developing nation. In comparing pump prices in Niagara Falls, Ontario to Niagara Falls, New York the gap has widened to more than 33 per cent more per litre. (News Thursday from an internal Department of Environment report tells us that new regulatory taxes on gas to be imposed July 1, 2023 will have a direct impact on prices by as much as 36 cents per litre.) The Americans are considering tax relief for motorists; any type of gas tax relief is something the Trudeau government has repeatedly rejected.

More horrors were reported from Ukraine this week when missiles hit residential buildings in Kiev and one missile struck a shopping centre, killing 16 and injuring over 40. While this news shook the world, PM Trudeau was hamming it up at the G7 meetings in Germany, mocking Vladimir Putin and photos of him bare-chested horseback riding. The Canadian PM had nothing more to offer his colleagues at the NATO summit. In the past couple of years, it is evident Canada has been marginalized in international affairs – left out of AUKUS, no mention with the QUAD Alliance, and our diplomats are MIA in any discussions of defending Ukraine. Still our Trudeau Government boasts its hashtag diplomacy: #IStandWithUkraine.

Finally, consider the news that Canada Day in Winnipeg has been replaced with “New Day” celebrations, a solemn statement to support Indigenous rights and to stand with those who hold grievances against Canada as a nation. Queen’s University professor Bruce Pardy makes this observation in an Epoch Times article, “The cancellation and renaming of Canada Day… reflects a kind of cultural self-hate that has gripped the body politic in Canada.”

Professor Pardy homes in on the sobering significance, “Our institutions have embraced the premises of critical theory, an anti-Western ideology that insists that Canada and other Western nations are fundamentally unjust, systemically racist, oppressive, and destructive… the most serious threat to Canada may be its conditioned disgust with its own history and traditions.”

So, returning to Joe Oliver’s column and his use of the adjective “misgoverned”. Oliver assumes the Trudeau Government is rudderless and unfocused when, in fact, there is plenty of evidence what is at play here is more than incompetence. On this Canada Day, Parliament Hill is off-limits. The PM is insulting “those people” again, purposefully dividing and erasing the idea that we should celebrate our country.

Oh Canada, this is lamentable.