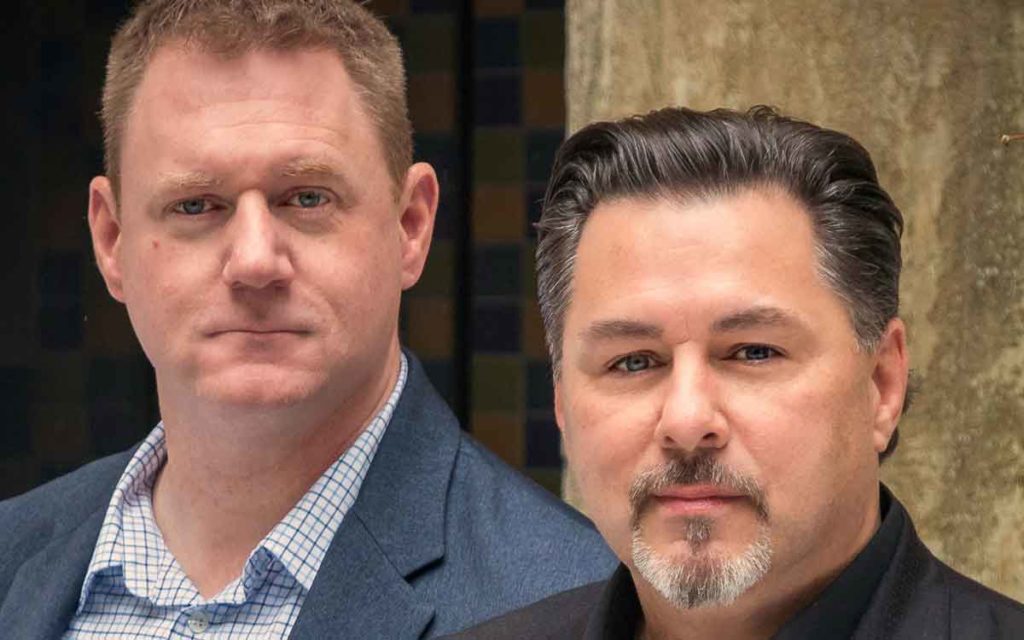 From left: Jeff Chatterton and Conway Fraser are authors of the best-selling crisis communications book Leaders Under Fire.

It will happen. That moment in time when something goes wrong, a tragedy occurs and the spotlight is shining brightly on a corporation for all the wrong reasons. How best to handle crisis communications in the corporate world in the twenty-first century? Two of the most experienced leaders in this space have put pen to paper and compiled their experiences and lessons learned over decades into a new book called Leaders Under Fire – The CEO’s Survival Guide to Navigating Corporate Crisis.

Authors Conway Fraser and Jeff Chatterton have been helping corporations deal with crisis of one form or another for years. They’ve seen how things have changed particularly with the onset of social media and fake news. Information, and often wrong information, can travel faster than ever, much to the determent of companies who stand to lose everything if a crisis is not managed effectively.

The 135 page book took the two men two years to write. Eventually they hunkered down in a cabin and wrote 18 hours a day. “We debated and argued many points,” said Fraser, in an interview with The Niagara Independent. “Nothing in the book is patented. It’s our lens on it.” The book uses real-life examples to illustrate what works – and what doesn’t – in managing a crisis. The authors introduce you to two fictional CEO’s who handle their crisis in very different ways. The reader can follow their story throughout the book as they learn some lessons the hard way.

Fraser, who along with Chatterton can add bestselling author to his resume, is also a national award-winning former CBC investigative journalist who now runs his own strategic communications company. “The gist of the book is that it really is all about how companies and organizations aren’t ready for crisis communications in the twenty-first century,” explained Fraser.

There was a time when companies would have six or eight hours to work out a response to media inquiries. Those days are long gone. “Today things are instant,” said Fraser. “We’re in a world where it’s get it first not get it right.”

Fraser said from his experience in working with corporations and organizations most of their crisis communications plans are very outdated. “They served a purpose in 1995.” He said it’s not about what to do when a crisis happens but rather it’s what to do now so companies are ready if and when a crisis does occur.

Many companies will fall back to their legal counsel during a crisis which Fraser says is a mistake. “Lawyers have a purpose but they aren’t communicators. They usually say ‘no comment’. Then you won’t have a reputation by tomorrow morning.” Fraser added that, “The court of law is really slow, the court of public opinion moves really fast.”

When asked about specific examples of when he successfully helped navigate a company through a crisis situation, Fraser said, “The work I’m most proud of is the work I can never talk about. The story never got printed. I ensured that the company did not end up in the news.”

As a former journalist himself, Fraser said he has a lot of respect for the media and his first bit of advice to clients is never lie. He said he always advises his clients to work with the media even though they may not like the outcome. Fraser also added that, “A good crisis communications consultant is an invisible consultant.” He feels that if a communications consulting agency is part of the story then, “in my opinion you’ve failed.”

In fact, Fraser tells his clients not to tell others they’ve used his services. “I’m the two a.m. booty call. You call, but you’re not going to tell anyone about it. I take pride in the fact that my name hasn’t been mentioned in an article related to client work.”

Fraser noted that not only has the flood of various social media platforms drastically changed how traditional communications work is done, but it’s also changed the state of the media. He feels that due to cutbacks in news rooms and the fact reporters are asked to do more with less, the story can sometimes suffer. “Journalists are smart people but they’re making hamburgers and not steak. They just don’t have the time. They’re asked to not just write an article but also take photos, live Tweet, write a blog and shoot video.”

As an example of how today’s media are doing too much with too little and causing mistakes, he points to Torstar’s annual list of corrections the company publishes at the end of each year. “Last year it was about 1,500 and I can remember ten years ago it was about 320.”

Once a story is written, how that story is provided to the public now depends on the response it’s getting on social media which Fraser understands but gets frustrated by. He said he was surprised to learn that many newsrooms have “leader boards” that track what stories are getting the most clicks or likes on social media. “Editors will then tell their reporters what story is getting the most likes and ask for a follow-up story. It might be on Justin Bieber instead of important local stories like healthcare, education or the economy.” Fraser called it a “race to the bottom”.

The other thing that’s changed with the growth of social media journalism is the lack of patience reporters have. “Executives just aren’t sitting around waiting for a reporter to call,” said Fraser. He talked about a time when a reporter called one of his clients and left a message; then called an hour later; then called a half hour after that; then left a message that said, “Clearly you don’t want a relationship with the media so I’m writing the article anyway.”

Fraser said his client was simply in a meeting. “Nowadays, to a reporter, three hours is an eternity; to executives it’s a meeting.” Fraser said when he started at CBC, “I had to do one story a day. There was no Facebook, no Twitter.”

“Today the news cycle operates at this blazing pace. If you’re not ready, you’re dead.”