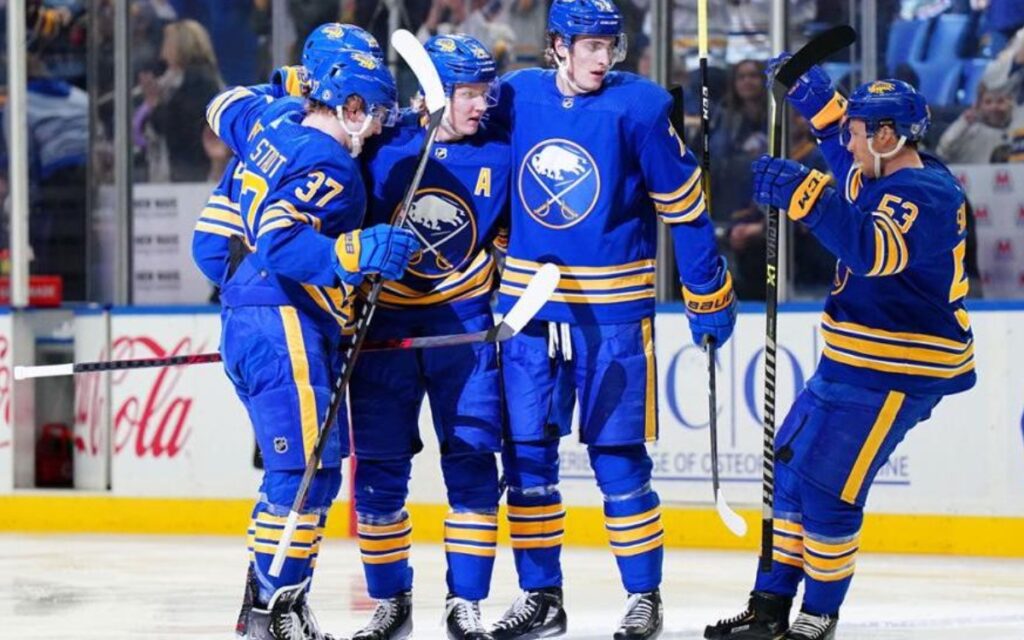 The clock continues to tick on the Toronto Maple Leafs window to succeed, while the rebuild (again) is underway in the Queen City bringing optimism to the Buffalo Sabres and its fan base.

As we’ve all heard dozens, if not hundreds of times, in our lifetime the last time the Maple Leafs won the Stanley Cup was 1967.

Meantime, the Sabres are looking to lift Lord Stanley’s Mug for the first time since they entered the National Hockey League three years later in 1970.

The puck officially drops on the 2022-23 NHL season tonight (Tuesday) on two fronts when the New York Rangers welcome the Tampa Bay Lightning followed by the Los Angeles Kings home to the Vegas Golden Knights.

We’ll continue to dissect the Leafs as they’ll once again try to further their playoff run(s).

Most experts and pundits say ‘defense wins championship’ so let’s start between the pipes where the blue and white’s goaltender carousel continued this off-season.

Out is Jack Campbell, who left for more money when he signed with the Edmonton Oilers, and in is the tandem of Matt Murray and Ilya Samsonov.

Murray is a former Stanley Cup Champion with the Pittsburgh Penguins, while Samsonov’s best season – number wise – was his rookie one with the Washington Capitals.

Time will tell if Murray can regain his form from years past, or if Samsonov will take over the crease on a regular basis.

On the blue line Toronto, once again, failed to land a top free agent or trade for someone that can anchor their defensive corp, or at least assist Morgan Reilly in doing so.

Speaking of trades, most will say the only way the Maple Leafs can land the big fish on defense is to trade one of their ‘Big 3’ forwards in Auston Matthews (not going to happen), Mitch Marner, or William Nylander.

Those three forwards will once again be counted on heavily to lead the Leafs.

Onto the Sabres, where trading away malcontent Jack Eichel will continue to pay dividends in Buffalo.

The Sabres feature no fewer than seven first round picks at forward including Peyton Krebs who was acquired from Vegas in the Eichel trade, two first overall picks on defense in Owen Power and Rasmus Dahlin.

While the plan for the Sabres future in goal belongs to second round pick, and one of the greatest names in all of sport, Ukko-Pekka Luukkonen, they’ll go with veteran Craig Anderson and Eric Comrie this campaign.

The Maple Leafs open their season Wednesday night in Montreal against the Canadiens, while the Sabres host the much-improved Ottawa Senators Thursday evening.

As for the other NHL teams located on this side of the border:

The entire NHL schedule can be found at www.nhl.com/schedule.