Lecce will need all of his ‘considerable skill’ to placate unions, keep teachers (and kids) in the classroom this fall 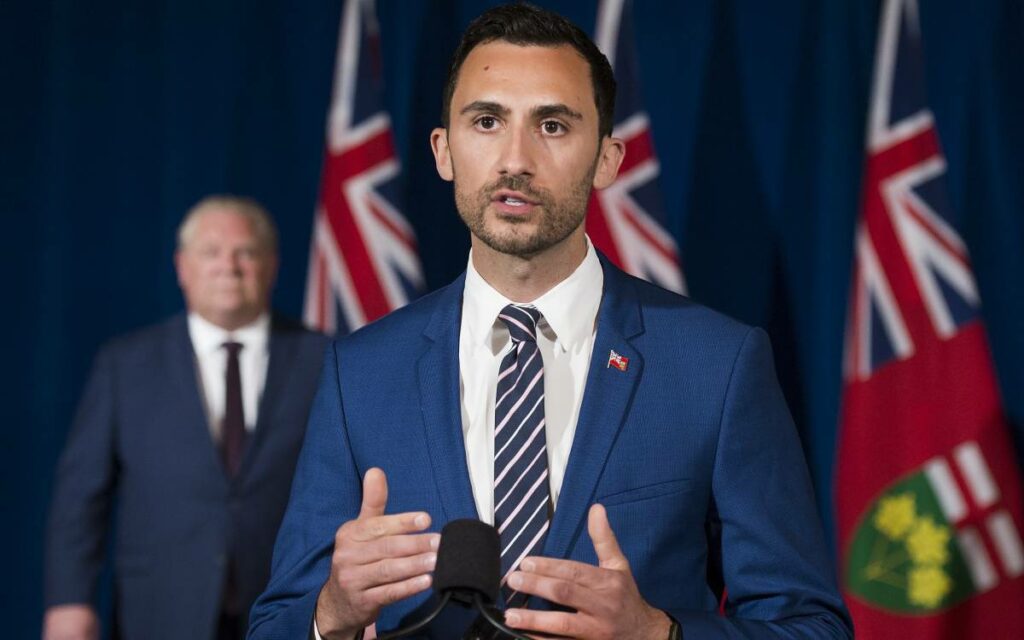 Existing teachers’ contracts are set to expire August 31. High-performing Minister of Education Stephen Lecce (pictured) and his team started negotiations early to ensure educators are back and remain in the classroom this fall so that students can enjoy the “full school experience” after two years of closures and uncertainty. Photo credit: The Canadian Press/Nathan Denette

How he handles the upcoming contract negotiations with the province’s teachers and education workers may well determine what those observers conclude.

Current PC Premier Doug Ford and his education minister had a rocky time of it as well in their first go-round with the education unions in 2019 and 2020, just before COVID hit.

This round will have its challenges too. The provincial government’s wage restraint legislation is ending. Inflation is increasing rapidly. After two years of the longest COVID school lockdowns in North America and Europe, children are struggling to recover, and parents are out of patience with anything that might disrupt their schooling further.

To add to the mix, many teachers feel burnt out, want their workloads reduced by cutting or capping class size and believe the government “owes” them for their pandemic efforts. They are also convinced that the government has a secret agenda to cut education funding and use things like virtual technology to “privatize” the system.

Unlike many of the construction unions who actively supported the government during the election, teacher unions campaigned hard against Premier Ford. But despite their considerable opposition, he was re-elected with an even bigger majority government, so he has no debts to pay back.

However, the Premier has telegraphed that he is willing to raise education worker salaries above the one percent cap, previously imposed by legislation. But he will be restricted by two factors – many of his supporters feel that teachers are already well-paid with the average secondary school teacher salary hovering around $100,000; and the provincial treasury is already wrestling with the overwhelming costs to rebuild the province’s collapsing health care system.

So far, things have gotten off to a relatively good start.

The government earlier announced it is increasing next year’s education funding to the highest level it has ever been. Student mental health and learning supports to help children catch up their critical skills in math and literacy are targeted.

Minister Lecce has clearly laid out his expectations. In the interests of stability, he has called for bargaining to begin this summer to try and reach new agreements before current contracts expire at the end of August. He wants students to be able to enjoy the “full school experience”, meaning no disruption to either class time or extracurricular activities. And he is willing to negotiate longer term contracts for additional stability for students.

Most of the unions have responded in kind and early bargaining is underway. The one exception was the Elementary Teachers Federation of Ontario who chose to interpret the Minister’s remarks as “fearmongering,” of trying “to create a crisis where none exists” and of targeting teachers.

Hopefully wiser heads will prevail. There is too much at stake for students for any of the parties to indulge in the politicking that so often accompanies education bargaining. A recent C.D. Howe study, based on U.S. data, suggests pandemic lockdowns left students up to 12 months behind in reading and up to 15 months behind in math.

And yes, teaching in today’s classrooms is tough. But so is nursing or being a first responder or a long-haul truck driver or filling the many other jobs our society needs to maintain its current quality of life.

Union leaders need to hold in check their usual temptation to whip up their members with rhetoric about how hard done by they all are or how the Minister of the day doesn’t “respect them.”

Minister Lecce has an even tougher role to fulfill. He must negotiate agreements that keep teachers in the classroom but at the same time, agreements that do not cave to unrealistic demands for pay raises, reduced workload or less student testing. It will take all of his considerable skill to do so.

Our students paid a steep price in terms of their learning progress, social development and mental health because of school closures. Parents will not forgive the government or the unions if they can’t reach new contracts without further disruption.