Lessons from 10 years of the oil and gas divestment movement 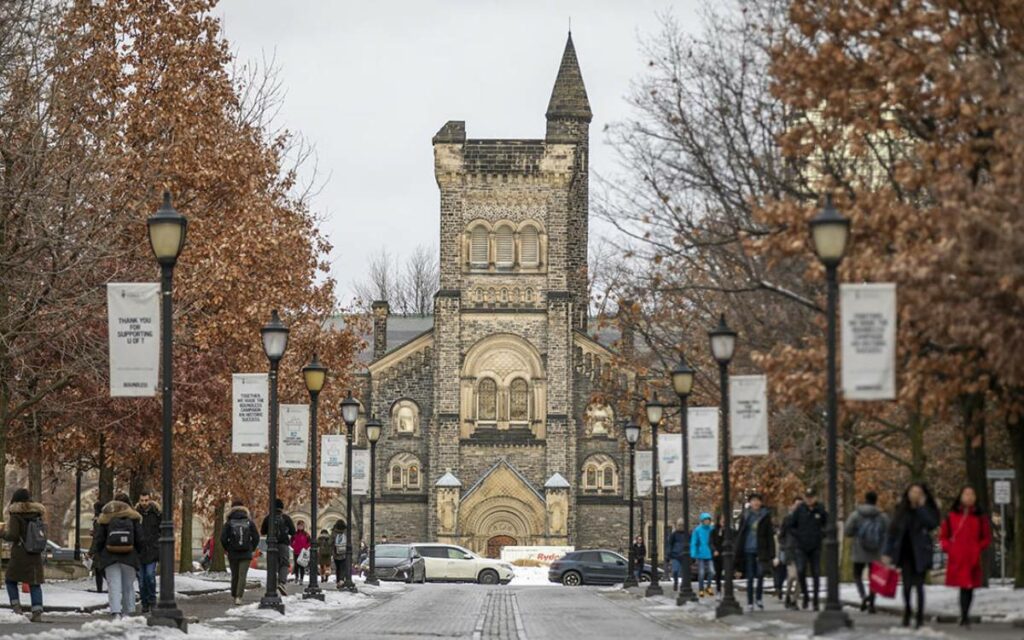 Canadians should reject calls to abandon oil and gas and support innovation for cleantech solutions. Pictured is the University of Toronto. U of T recently announced it will divest from direct investments in fossil fuel companies within the next 12 months. Photo credit: University of Toronto News/Nick Iwanyshyn

The global divestment movement initiated by the activist group 350.org is celebrating its ten-year anniversary. Anniversaries are a good time to reflect on the past, examine the present and chart out the future.

The stated goal of the global divestment movement is for participants from all companies, banks, institutions and governments to immediately halt all investments in fossil fuel exploration and extraction, immediately end all fossil fuel subsidies and immediately and completely divest from fossil fuels.

But divestment is an empty political statement without any discernible impact on CO2 emission reductions – the stated driver for divestment. They need to reject the activist agenda to divest and instead invest in Canada’s hydrocarbon sector for the good of the economy, the environment, shareholders and everyday Canadians.

After 10 years of the divestment movement, 1,485 institutions around the world have publicly committed to fossil fuel divestment representing $39 trillion of assets under management. Over the same ten years, global demand for oil and gas has gone up, global emissions have gone up, hydrocarbons still make up 80 per cent of the global energy mix, wind and solar and other renewable energy sources are still not ready for prime time and there has been chronic underinvestment in the Canadian hydrocarbon sector.

What all these institutions have failed to measure in their divestment decisions is demand. Demand for oil and gas has risen over the past “decade of divestment” and is expected to keep rising. If the oil and gas that society wants and needs is not provided by Canadian listed private-sector companies with their exemplary environmental standards, it will come from state-owned suppliers from such countries as Saudi Arabia, the Gulf States, Russia and Iran.

You can be sure these suppliers won’t maintain the high standards employed here in Canada. The result will be a dirtier environment, not a cleaner one. Hydrocarbons are going to be a large and reliable part of the energy mix for a long time to come. Uof T, SFU, University of Waterloo and the Caisse should be investing in education and technology that enable the growth of Canadian hydrocarbon supplies, not divesting from them. The focus, especially at the universities, should be on investment on innovation in the sector, not divestment.

The divestment movement is currently targeting the Canadian “Big Five” banks, starting with RBC and demanding that it “divest and stop financing fossil fuels.” This action, intended by the activists to strike a blow against climate change, should be regarded as a strike against the prosperity of Canada and Canadians. To divest from the sector that fuels every other sector on our stock exchanges is folly. Canadian manufacturing, mining, forestry and agriculture are highly energy intensive and need hydrocarbons.

Every leader, director, or member of university governing councils, public pension plans, or any other institution contemplating divestment – and indeed every Canadian – should reject the agenda and unapologetically promote Canada’s oil and gas sector.

Gina Pappano is the former head of market intelligence at the Toronto Stock Exchange and executive director of InvestNow Inc., a non-profit dedicated to demonstrating that investing in Canada’s resource sectors helps Canada and the world. Join the movement and pass the InvestNow resolution at investnow.org.