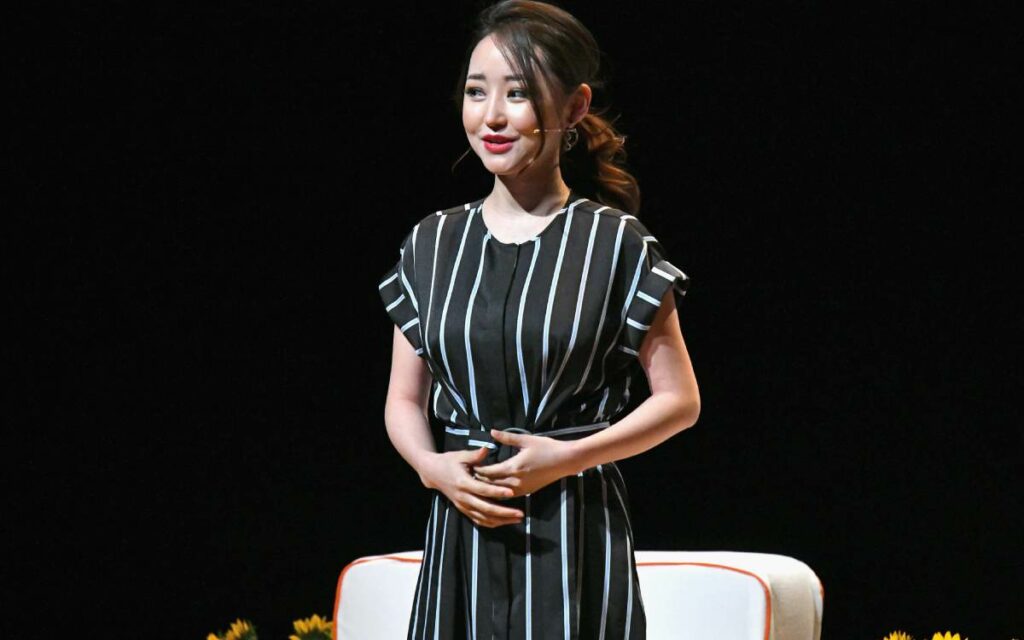 Last week I attended the Canada Strong and Free Conference (formerly the Manning Institute) and there were lots of interesting speakers and discussions. Much of the media coverage of the conference concerned the debate on the first evening among five of the Conservative leadership candidates. That debate is being covered in this issue of The Niagara Independent by another writer, so I’ll just make the comment that in general, that leadership debate generated much heat but very little light.

I found another speaker at the conference most fascinating and someone that should get much more attention in future. Her name is Yeonmi Park, and she escaped from the “Hermit Kingdom” of North Korea at the age of 13. She told a harrowing tale of living in that repressive country, with stories of eating rats as a child, constantly living in fear that loved ones would be taken away, how the “Dear Leader” was portrayed as more important in their lives than their own parents and family and how freedoms of any kind were non-existent.

Ms. Park is quite a petite young woman, and she noted that despite the fact North Koreans and South Koreans are people with basically the same origins, North Koreans are on average five inches shorter as a result of malnutrition. Starvation is a regular part of life in North Korea, as was suffering from freezing cold because of lack of heat and spotty electricity. Park said that when you look at a satellite map of North Korea, it is a very dark country because of scarce electricity. She suggested that perhaps environmental activists should consider going to North Korea, where it is Earth Day every day.

She “escaped” to China – and acknowledged the absurdity of actually escaping to yet another authoritarian country – with the help of human smugglers who abused her sexually. She eventually managed to get to South Korea and finally the US. Arriving in the US, she could not get over the abundance of consumer goods. She joked about the “hundred shades of hair dye” that were available and other products unfathomable to someone with her background.

But what really shocked Ms. Park was the dissatisfaction of North Americans with the lifestyle and immense prosperity they enjoyed. She couldn’t get over seeing people protesting over what pronouns were being used and other such issues that were frivolous in her opinion. She couldn’t understand how our Western society did not appreciate the freedoms it enjoyed.

She also spoke of disturbing trends she was observing in how freedoms were being attacked and reduced. Ms. Park now has a four-year-old son and was appalled at what she called the “tyranny of socialism” in what he was being taught at school, and suggested that teachers needed to have a visit to North Korea to obtain some perspective. She expressed concerns about the dangerous path she sees the West currently pursuing, with its tolerance of more and more heavy-handed government intervention in people’s lives. When asked what Canada could do to help North Koreans, she suggested that our current Prime Minister needed to stop complimenting China and admiring its “basic dictatorship”, as China is a major enabler of the North Korean regime.

Yeonmi Park’s story and those of others who have experienced life in repressive regimes need to be more widely told. When we see things like young people in North America having favourable views toward socialism and supporting government erosion of freedom of speech, freedom to peacefully protest and freedom of expression, it is clear that some serious education on the facts of socialism is needed.

The Russian invasion of Ukraine has led some people to criticize Canadians who have been protesting in defence of freedom lately, claiming that we have nothing to complain about here in Canada. And although we are certainly blessed, the experience of Ms. Park demonstrates how we can never take for granted the freedoms we enjoy, and how the erosion of freedoms should never be accepted, or it will continue until our freedoms are seriously compromised or gone. Wise words from a young woman who has lived that hell and has a perspective we can all learn from.