Liberal-NDP pact the ghost of elections past 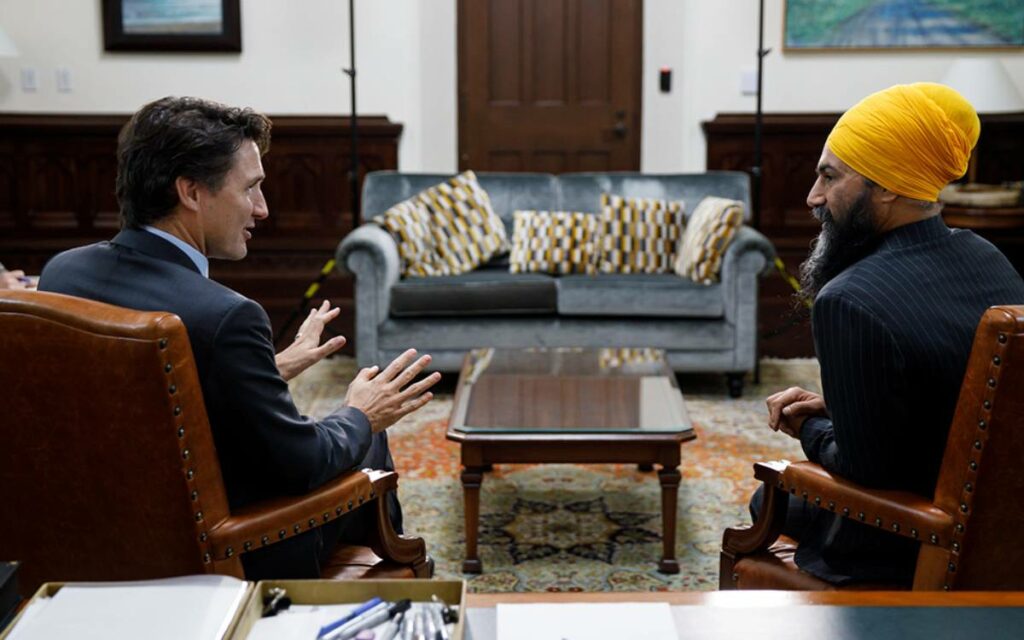 Former Conservative leaders Andrew Scheer and Erin O’Toole both warned of an impending alliance during their tenure at the top. Photo credit: PMO/Adam Scotti

“The coalition you can’t afford.”

“There aren’t five choices for Canadians – there are two. Canada’s Conservatives on one side and the Liberal-NDP-Green-Bloc coalition on the other.”

It might surprise you to learn that these comments predate this week’s news that the NDP have agreed to prop the Liberal government up by supporting them on key motions of confidence and budget votes until 2025, in exchange for the implementation of major NDP policies like dental care and pharmacare.

These words actually date back to the 2019 and 2021 federal elections. Former Conservative leaders Andrew Scheer and Erin O’Toole may have represented different wings of the Conservative Party, but one thing they both agreed on was that a Liberal-NDP deal like the one we saw come to fruition late Monday night was not only a real possibility, but that the consequences of such an agreement would have a real and significant impact on the Canadian economy.

The warnings from Scheer and O’Toole fell on deaf ears. At the time, there was no hard evidence to suggest a deal was imminent, allowing the Liberals, NDP and pundits to all dismiss the Conservatives as making stuff up. But now the cat is out of the bag, and a new alliance has been brokered in the House of Commons. The sky hasn’t fallen, but it begs the obvious question. Why were Scheer and O’Toole so worried?

For one, the Liberal-NDP pact means Justin Trudeau’s political future has been secured, in exchange for billions of dollars in new spending at a time when Canada is in the middle of an affordability crisis. He will not suffer the same fate as the former Conservative leader, who was constantly undermined by a restless and unhappy caucus, because Trudeau is securing the big-ticket progressive policies being demanded by detractors in his own ranks.

Secondly, Jagmeet Singh can continue to leverage the balance of power to demand new and even bigger social spending commitments from Trudeau and the Liberals. It is a much-needed win for the NDP leader after a less than stellar performance in last year’s federal election.

So, while the stars align for the political fortunes of the Liberals and NDP, Canadians will be left footing the bill, with no relief in sight. A budget is set to come down the pipe in just a few short weeks, but it appears for all intents and purposes that there will be little regard for how inflation is contributing to the challenges many households are facing when it comes to putting food on the table or gas in the tank.

It remains to be seen how long the Liberal-NDP pact stays in place. There is a reason the parties remain on separate sides of the aisle, and while they may have found some common ground for the moment, friction is inevitable.

As for the Conservatives, going forward, rather than nitpick the details of the agreement reached between the Liberals and the NDP, the best communications approach is to be the voice of those who feel like they are being left behind by Liberal and NDP policies. With the stability promised by three more years in the Opposition benches, the Conservative membership would be well served to put in place a leader who can use emotional arguments to tap into the very real economic fatigue many Canadians are facing as they continue to be priced out of their own lives.

And as a reminder to the next leader, it’s not good enough to just critique their opponents. Substantive policy solutions to address the cost-of-living crisis and put more money back in the pockets of Canadians must be put in the window, with a clear path for implementation. Failing to act on the big ideas promised will only serve to erode trust between voters and their elected officials.

After all, unlike for Scheer and O’Toole, Canadians are finally listening. 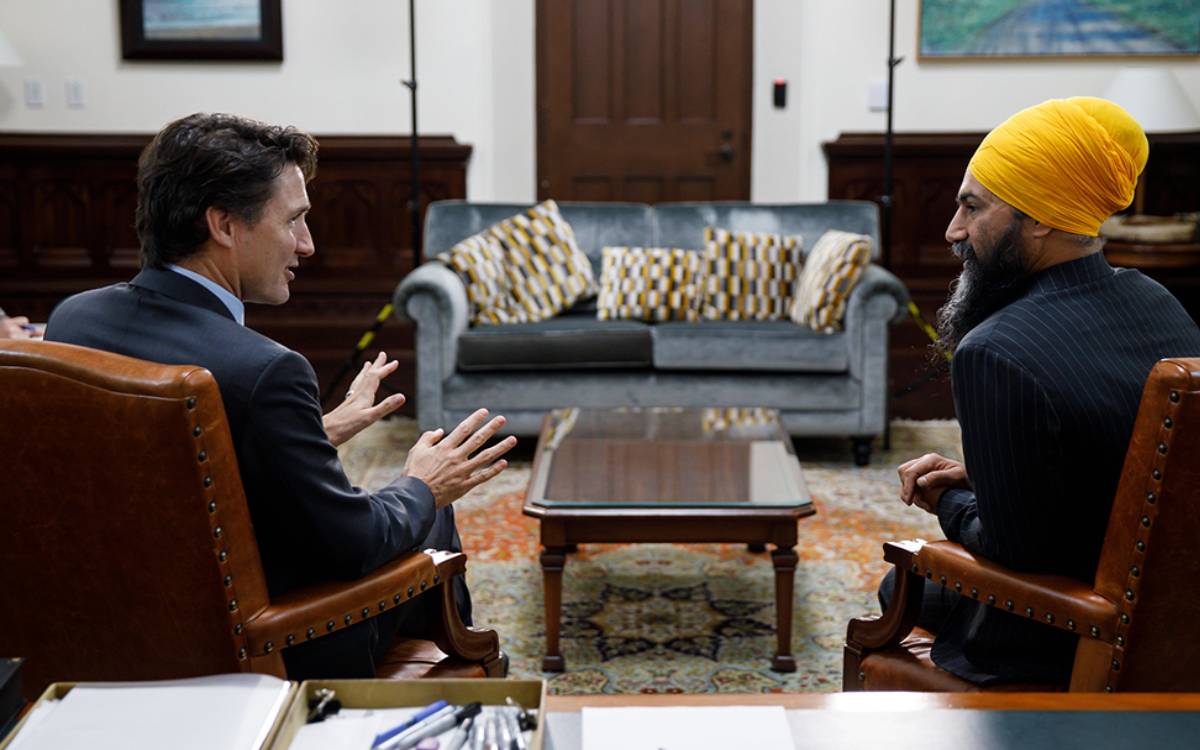