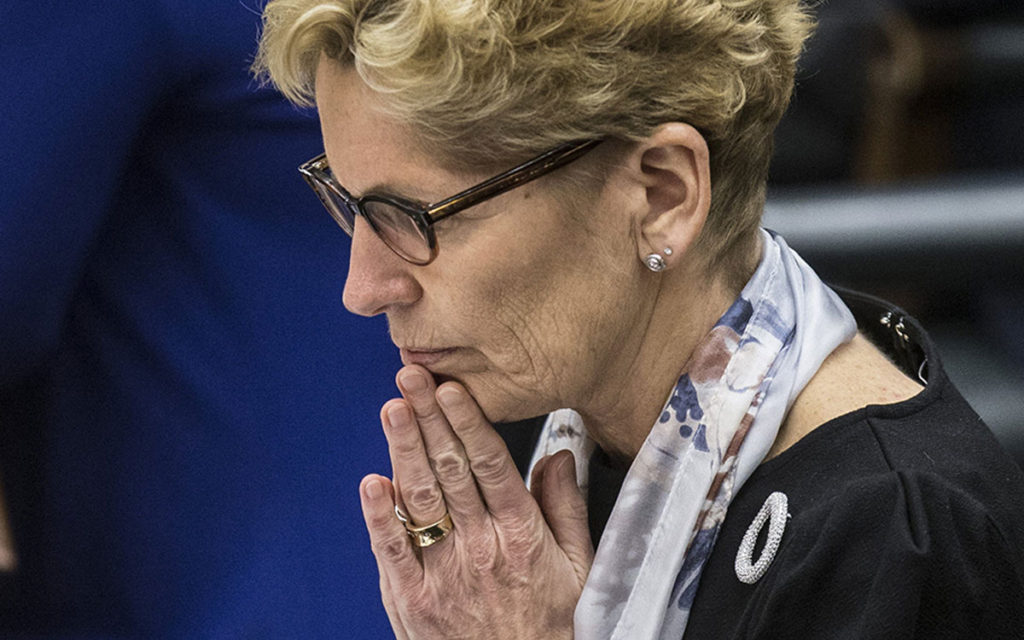 It seems the Ontario election silly season has finally officially opened, with the launch of the first Liberal attack ad against Doug Ford. Entitled “The Real Doug Ford”. The ad goes on to vilify Doug Ford as someone who will give tax breaks to big corporations, snatch the high minimum wage out of hard-working Ontarians hands, eliminate 40,000 jobs (apparently including teachers and nurses, according to the Liberals), take away women’s rights and not hold corporations responsible for climate change, among other things.  In other words, classic left wing boilerplate we have seen Liberals in many Canadian jurisdictions use election after election, time and time again.

What is certain in this upcoming Ontario election is that the Liberals won’t be running on their record.  Can you imagine the ads if they did run on their almost 15-year record of disastrous government?  The possibilities are endless.  How about : “We’ve more than doubled the provincial debt, ensuring your children and grandchildren will be paying for many decades for our inability to keep a lid on provincial finances. Vote Liberal for more of the same!” Or “How do you like having the highest hydro rates in North America? If you vote Liberal, we know we can get those rates even higher!” Or “We take the muss and fuss out of governing for you by deleting key emails that outline what we Liberals are up to. Folks may end up in jail from time to time but we’re willing to go the distance for your vote!”  The slogans virtually write themselves.

No, the Liberals can’t run on the extended fiasco of their time in government.  Instead, their campaign supposedly about “The Real Doug Ford” reaches back to the time-tested Liberal approach of implying the Conservative leader has a hidden agenda.  The federal Liberals tried this trick back in 2005. Remember this fun Liberal ad:  “Stephen Harper actually announced he wants to increase military presence in our cities. Canadian cities.  Soldiers with guns. In our cities. In Canada.”?   Canadians treated this ridiculous and dishonest ad with the derision it deserved, just as Ontarians seem to be doing with the equally dishonest and absurd Doug Ford attack ad.

As their popularity remains at rock-bottom, the Ontario Liberals have been showing their desperation in many ways. They’ve promised the moon to every possible group with massive added spending of our tax dollars (and the added debt to show for it), bribed their old buddies the teachers unions with even more of our cash, and now this salvo at Doug Ford.  To date, the polls show that all of these efforts have had little if any impact on the voting intentions of Ontarians, who continue to favour a Progressive Conservative majority government on June 7.  Indeed, it appears that after a very long run of Liberal government in Ontario, with little if anything positive to show for it, voters have finally become fed up with being bribed by their own money and duped by dishonest election ads. It seems like the one message that is actually resonating with Ontarians is “It’s time for change”.  Given the current sorry state of our province, it’s pretty tough to argue with that sentiment.