Liberals, NDP Play to Progressives Ahead of Policy Conventions 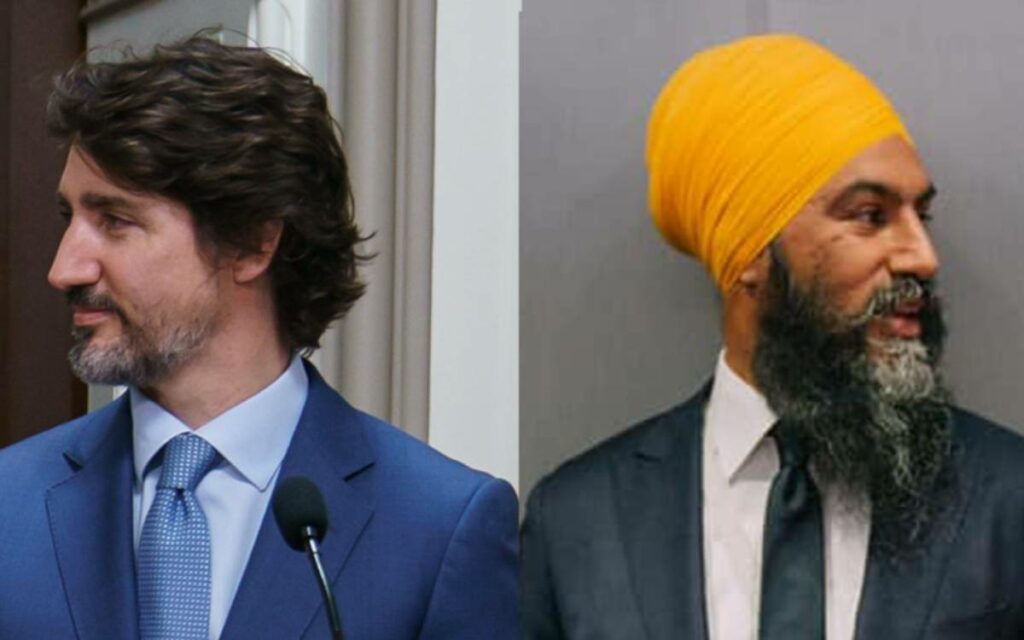 Canada’s Liberals and New Democrats will gather virtually this weekend for their respective policy conferences. While these events are usually inside-baseball, the likelihood of an election this year has put a spotlight on the proposed policies being debated at each gathering. There seems to be very little light between what Justin Trudeau’s Liberals and Jagmeet Singh’s NDP are putting on offer for Canadians, creating challenges primarily for the NDP and scuttling any desire they may have to head into an election.

These gatherings represent the first time Party members will convene to discuss issues since the 2019 federal election. Typically, only the most hardcore political animals take part in these events, but they serve many purposes: they’re an opportunity to rally the proverbial troops for an election battle, network with like-minded members, and provide grassroots activists with a chance to share their two cents on policy. These events can also disrupt well-crafted narratives put out from the Party establishment, the most recent example being a controversial vote at the Conservative Party of Canada convention that left Leader Erin O’Toole defending whether or not Conservatives believe in climate change.

Those looking for a glimpse into what Canada’s New Democrats and Liberals are likely to put on the menu during the next federal election should read up on the policy resolutions suggested by each. These don’t represent the sum total of election platforms, but they do provide a sense of what grassroots members expect from their political parties. This is an important calculation when developing the laundry list of election promises for each Party; if the members aren’t buying what their own Party is selling, how can they be expected to market those ideas to other voters?

The Liberals are presenting a relatively narrow list of resolutions to debate ahead of their convention, many of which are well-worn. The Trudeau Liberal hallmarks of supporting a green recovery and national pharmacare are on the fast track for debate, as are a number of policies aimed at impacting Indigenous communities and seniors (including those in long-term care).

The most novel policy is also the one most likely to raise eyebrows this weekend: creating a Universal Basic Income for Canadians. Co-sponsored by the Young Liberals of Canada and members of Ontario Liberal caucus, a UBI would look to replace the very-popular Canada Emergency Response Benefit, and persist beyond the pandemic and regardless of employment status. While Trudeau has said in the past that major reform of Canada’s social security system isn’t on the immediate to-do list, he’s also acknowledged the crevices COVID-19 has exposed in the country’s economic makeup. Additionally, ending the stimulus cheques many have received during the pandemic won’t be well-received from those who’ve benefited, even if the $44B price tag is tough to swallow.

A look through some of the major policy resolutions being debated by NDP members shows similar, and in some cases, identical approaches to tackling inequity in Canada. A Guaranteed Basic Income will be deliberated (and likely, supported) by Party members, leaving little room for distinction between Trudeau and Singh on what could be platform planks for both parties. Even more left-leaning policies on tax – including having Canada’s wealthiest pay more – are present in both documents. This extends to social policy; while it’s the NDP who will be debating the merits of decriminalizing all illegal drugs, there’s also chatter that the Liberals may look to do the same, particularly given the rise in opioid overdoses in Canada.

The similarities in core policies between the two parties represent the continued blending of Canada’s political left. The Trudeau Liberals made the calculation six years ago that there were more votes available to them on the left than in the political middle, and they’ve been happy to mow the NDP’s grass ever since. It’s worked for them in two elections, and has created a major headache for Jagmeet Singh in trying to appeal to the broadest base possible of progressive voters.

It’s a difficult political challenge for the NDP. Go too far left, and risk being viewed as a radical fringe movement. Failure to draw contrast will do little to sway voters to go Orange, as they already have a party in power who will do what they want to see happen. Meanwhile, relying on left-leaning voters to simply fall out of love with Trudeau is foolhardy; many Liberal promises, from electoral reform to clean water on reserves, have been broken without electoral consequence for Team Trudeau.

There’s a saying in politics that “contrast wins campaigns”. This weekend presents an opportunity for the NDP to create more light between their vision for a post-COVID Canada, and what the Liberals will put on offer to voters. Leaning heavily into social policies around housing, transit, income inequality, race and discrimination present an opportunity to for the NDP tack further left, and credibly challenge the Liberals progressive hot takes amidst lukewarm action. Failing to demonstrate differences with the Liberals while creating interest in new (even controversial) policies may hurt Singh and his colleagues on the campaign trail.