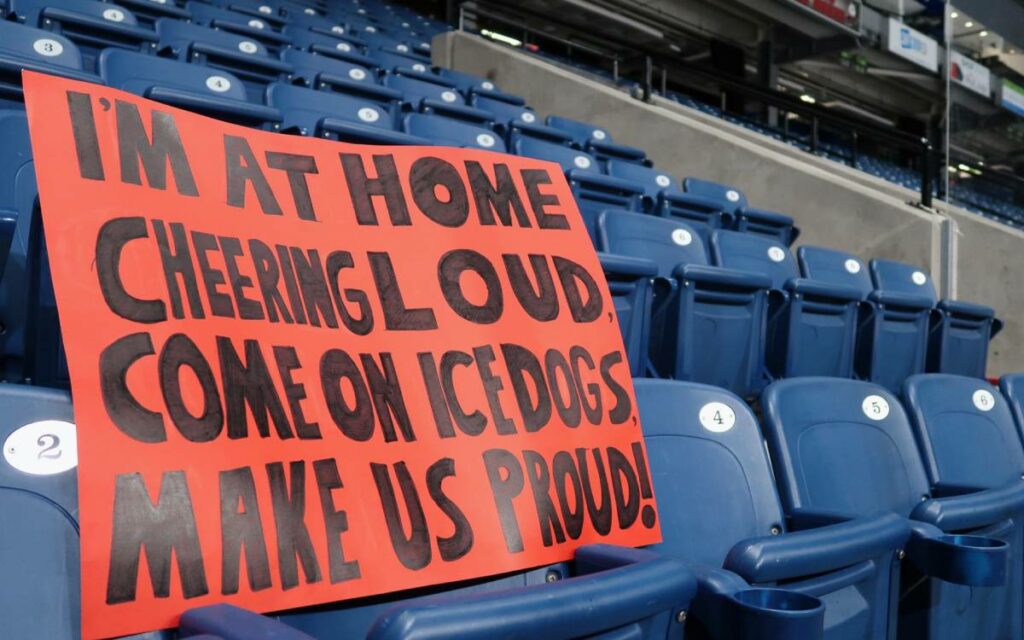 The latest COVID-19 protocols across the province have put a pause on local sports here in Niagara.

Arenas and gym doors are locked, while minor hockey, basketball, volleyball and curling have had the rest of their seasons either postponed or canceled.

The Brock University Badgers and Niagara College Knights have also paused both varsity and intramural sports. More on this in a moment.

The only exception, locally, to the latest preventative measures is the Ontario Hockey League (OHL) Niagara IceDogs. The province has deemed the OHL as an elite sports league, along with the NHL Toronto Maple Leafs and Ottawa Senators and NBA Toronto Raptors.

The only caveat for the IceDogs is that they’ll be playing in front of zero fans at Meridian Centre until at least next Saturday, Jan. 15.

The most vocal in response to not being deemed elite is the OUA (Ontario University Athletics).

The OUA issued this official release:

Ontario University Athletics (OUA) is, by all definitions, ELITE.

Behind the scenes, on the sidelines, and certainly, on the playing field, this recognition is well-deserved for the talented individuals that make up the conference, as is witnessed year in and year out.

The notion that the hard-working student-athletes, who have long strived toward the goal of competing at the post-secondary level and proudly representing one of the OUA’s 20 member institutions in the sport they love, aren’t considered elite by the Government of Ontario is a disservice to the dedication, commitment, and talent that they continue to show on a day-to-day basis.

Not only have these individuals – in addition to their efforts academically and in the community – proven their athletic ability at the provincial level against some of their sport’s best, but several have also gone on and continue to make their mark in their sport on even grander scales. From representing their country at the Olympic Games, much like 37 current and former OUA athletes did this past summer at Tokyo 2020; to finding success across national and international competitions; and signing professional contracts in high-performance leagues around the world, the elite nature of OUA student-athletes has been demonstrated time and time again.

It is the goal of numerous young athletes to play in the OUA. It is the privilege of thousands to compete at the university level each year. It is the joy of many to turn their post-secondary experiences into continued athletic success beyond their years at school. And it is the right of all of these past, present, and future OUA student-athletes to be given the recognition and the respect they deserve.

Further to that, many pointed to the numerous Brock Badger wrestlers that have represented Canada at the Olympics, World Championships, and Pan Am games over the past decade.

Just this past Tuesday night, former Badger netminder Logan Thompson made his first NHL start for the Vegas Golden Knights.

In fact, no fewer than five Badgers men’s hockey players have signed professional contracts this week after finding out their university seasons were postponed once again.

The conversation and debate will continue, but for now it’s a big ‘Go Dogs Go’ across the region as the Niagara IceDogs are the only local sports entity still playing.