Major spike in child hospitalizations due to cannabis poisoning since legalization 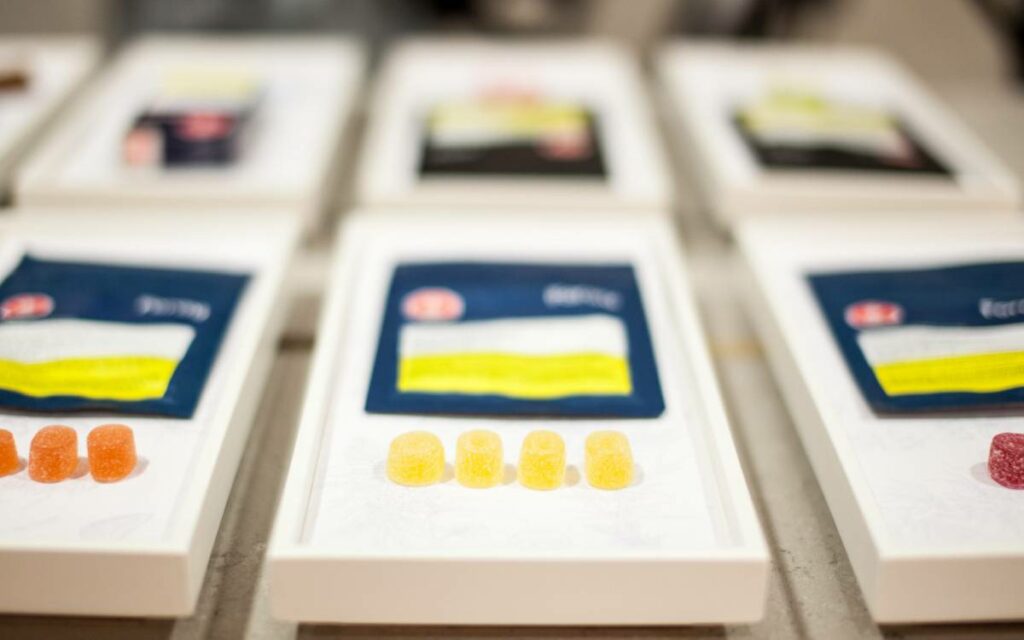 One of the central planks of the Liberal Party platform during the 2015 federal election read: “We will legalize, regulate, and restrict access to marijuana.”

According to Team Trudeau at the time, Canada’s system of “prohibition” did not “prevent young people from using marijuana”. Only the legalization and subsequent strict regulation of cannabis, per the party’s 2015 platform, could ensure “we keep marijuana out of the hands of children”.

While he eventually kept his campaign promise, seven years on it seems as if Justin Trudeau’s vision of a cannabis-rich, safer-for-children utopia did not materialize as planned. In fact, in the wake of legalization, it appears as though the opposite emerged.

A new peer-reviewed research letter published in the prestigious New England Journal of Medicine this week indicates that unintentional cannabis poisoning among children under the age of 10 has increased dramatically since the legalization of recreational cannabis in Canada.

The study found that hospitalizations for paediatric cannabis poisonings increased 6.3-fold since pre-legalization times, with the provinces (Ontario, Alberta, and British Columbia) that allowed the sale of cannabis edibles such as gummies, chocolates, and baked goods experiencing increases more than two times higher than the province (Quebec) that banned the sale of edibles.

“A growing number of countries are moving towards legalizing non-medical or recreational cannabis. As this happens, it’s critical to understand that there are many ways to legalize cannabis and not all are equivalent,” said Dr. Daniel Myran, lead author of the new study and postdoctoral fellow at the University of Ottawa Department of Family Medicine and The Ottawa Hospital.

“Our findings suggest that prohibiting the sale of edible cannabis products like candies, desserts and baked goods is a key policy for preventing large increases in cannabis poisonings in young children after legalization.” 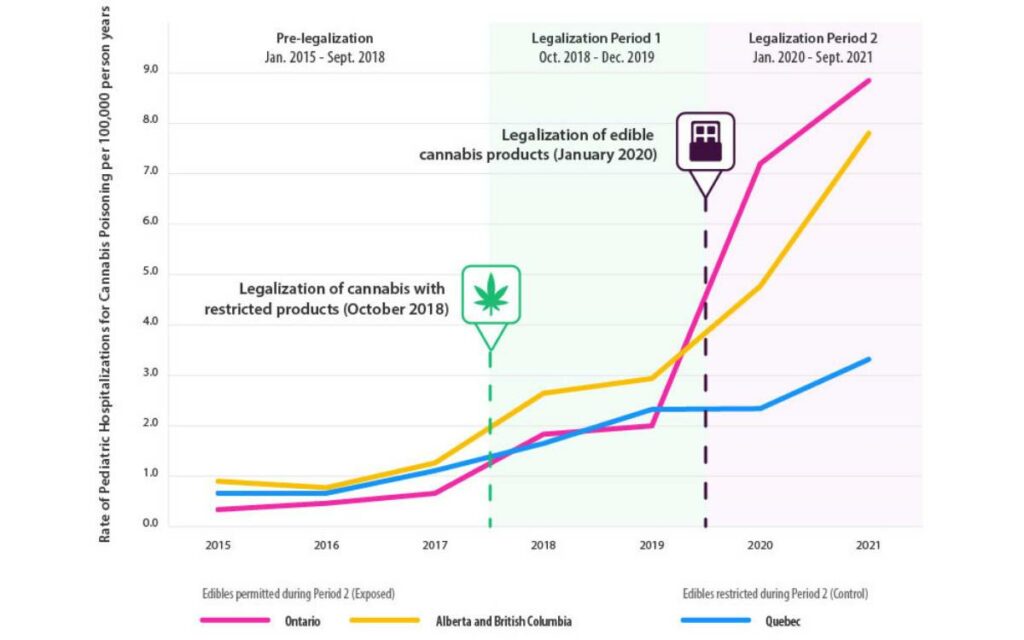 Changes in hospitalizations due to cannabis poisoning in children aged 0-9 years between 2015 and 2021. Photo credit: The New England Journal of Medicine via The Ottawa Hospital Research Institute

According to a media release and summary of the study published by The Ottawa Hospital earlier this week, it was the phased-in approach to different cannabis products and the divergence in policy approaches between provinces described above that allowed the research team to draw clear-cut, observable conclusions.

At the end of 2018, dried cannabis was legalized across the country. However, the sale of edibles was not automatically permitted.

Ontario, Alberta, and British Columbia legalized the sale of edibles at the start of 2020. Quebec, on the other hand, prohibited the sale of such products.

Using health records from each of the aforementioned provinces, Myran and his colleagues discovered that during the seven-year study period from January 2015 to September 2021, there were a total of 581 hospitalizations in young children for cannabis poisoning, with an average age of three and a half years old.

Prior to legalization, the number of unintentional paediatric hospitalizations for cannabis poisoning per 100,000 children was the same in all provinces. During the period when edibles were permitted in Ontario, British Columbia and Alberta, hospitalization rates in those provinces increased a further 2.9 times compared to the initial (non-edible) period following legalization, but remained unchanged in Quebec, where edibles were prohibited.

And as the study pointed out, increases in hospitalizations occurred despite stringent regulations aimed at preventing such poisonings.

“It’s important to note that the provinces that permitted edibles still had strict rules including plain and child-resistant packaging, a maximum of 10mg of THC per package, and consumer education campaigns,” said Dr. Myran. “Our findings suggest that countries that allow the sale of legal edibles as part of their approach to legalization, regardless of other regulations, could encounter large increases in poisoning events, some severe, in young children.”